Play the role of a cheapskate with these 5 free RPGs

Want a premiere RPG experience on your PC or console, but don’t feel like shelling out the cash for Final Fantasy XV? Worry not, adventurer, because now it’s easier than ever to dive into a collection of expansive game worlds without dropping a dime. Each of these worlds is flush with all the rich character development and features you’ve come to expect from a premium, AAA title from developers such as Bethesda and CD Projekt RED. It’s time to strap on that wizard staff and fire up your spaceship — here are the best (free) RPGs for both PC and consoles.

More: The best free-to-play games you can try right now 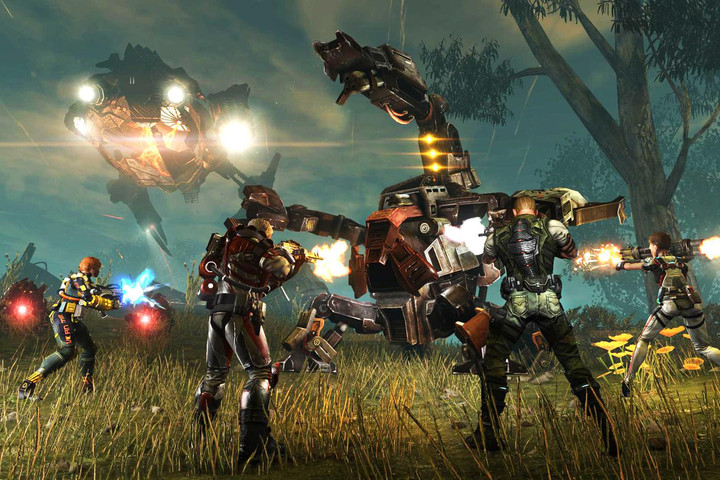 Initially released in 2013 as a full-priced game and part of a SyFy TV-game cross media project, Defiance draws comparisons to Bungie’s Destiny, thanks to the game’s rich science-fiction setting, cooperative player-versus-environment encounters, and real-time shooter gameplay. Defiance‘s sprawling, massive game world occasionally sees major “Arkfalls” spawn, requiring a team of coordinated strangers working together to take down an army of monsters in order to reap the valuable loot left in their wake. Even “solo” encounters routinely feature multiple characters teaming up on the fly, with seamlessly synchronizing mission objectives.

If you’re in the mood for a more competitive battle, Defiance’s “Shadow War” player-versus-player (PvP) mode, much like the battlegrounds in World of Warcraft, pits two teams against one another in a battle to the death. Special credits go to the victor, who can then spend them on special weapons and armor.

The game also has the added benefit of an expanded universe, derived from the Defiance TV show, which ran for three seasons. The two impacted each other in numerous ways, and though the show has since been canceled, it offers a great chance to see how the universe has developed over the last few years. You might even run into series protagonists Joshua Nolan and Irisa when you go back to the game.

Defiance is available on the PlayStation 3, Xbox 360, and PC. Anyone who purchased the game prior to its conversion to a free-to-play format will receive an additional character, inventory, and the “ark keycode” carrying capacity.