Michael Kors’ new style-focused smartwatches are made especially for men or women, but its hybrid smartwatch takes a simpler approach.

Michael Kors, the luxury watch brand behind last year’s Access Bradshaw, announced a bunch of new smartwatches at the 2017 Baselworld conference in Switzerland this morning. And they’re worth getting excited about.

“It’s clear to me that the future of fashion will combine great design, personal style, and innovative technology, and the amazing response to Michael Kors Access has confirmed that that future is now,” the company said in a press release. “We’re thrilled to be able to offer this next generation of smartwatches and hybrids.” 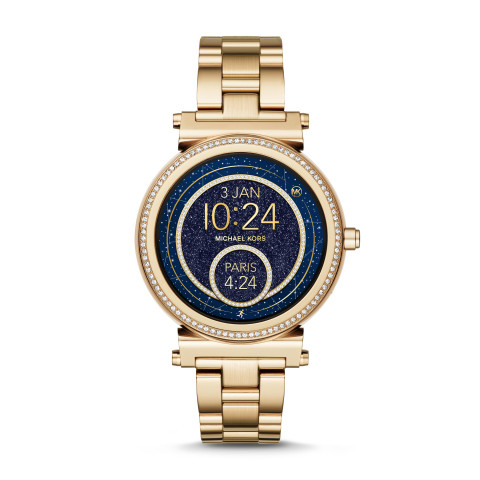 Michael Kors has two new wearables in the pipeline: The Access Sofie, which is aimed at women, and the the Access Grayson, which targets men.

It’s also one of the only similarities between the Sofie and Grayson.

The Sofie’s “sleek” and “feminine,” with a thin, lightweight case body, pavé, and full round display that comes in eight different color combinations.

Michael Kors describes the Grayson, in contrast, as a “luxury” watch with “sporty looks.” To that end, it sports a full-round dial with a rotating crown button that scrolls Android Wear’s lists and menus, and comes in four colors: Gold tone, stainless steel, and blue and black. 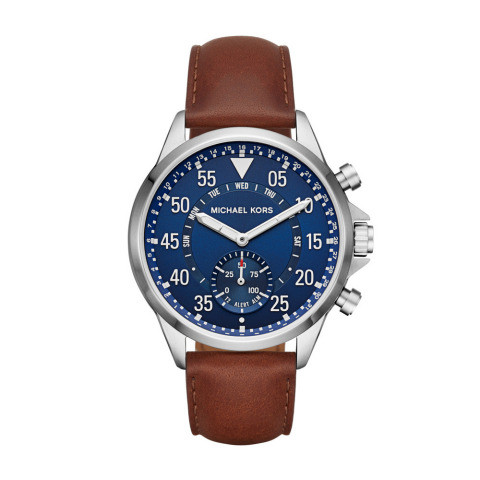 For folks who prefer a simpler brand of smarwatch, there’s Michael Kors’ new hybrid wearables. The brand is introducing new analog watches that feature vibrating alerts, fitness and sleep tracking, and pusher buttons on the side that remotely trigger selfies and control music.

The men’s hybrid smartwatches will arrive “Holiday 2017,” and the women’s watches will land in fall. They start at $250.

New watches aren’t the only thing Michael Kors announced. The watchmaker previewed the next major release of its app for smartphones, the Michael Kors Access Micro. In the coming weeks, it’ll gain My Social, a feature that’ll let users link to a personal Instagram account, select an image, apply filters to it, and set it as your smartwatch’s default face.

Michael Kors said that by the end of 2017, it will have released 15 new digital watch faces.

Finally, Michael Kors announced that it’s launching in new markets. Later this year, the brand’s watches will hit mainland China, Brazil, and others.

“When we launched, we stated that we would grow our wearable technology line by listening closely to our customers,” company chief and chairman John Idol said. “We’re pleased to be introducing exceptional new smartwatches and software that deliver on those fronts and others, and in more markets than ever.”