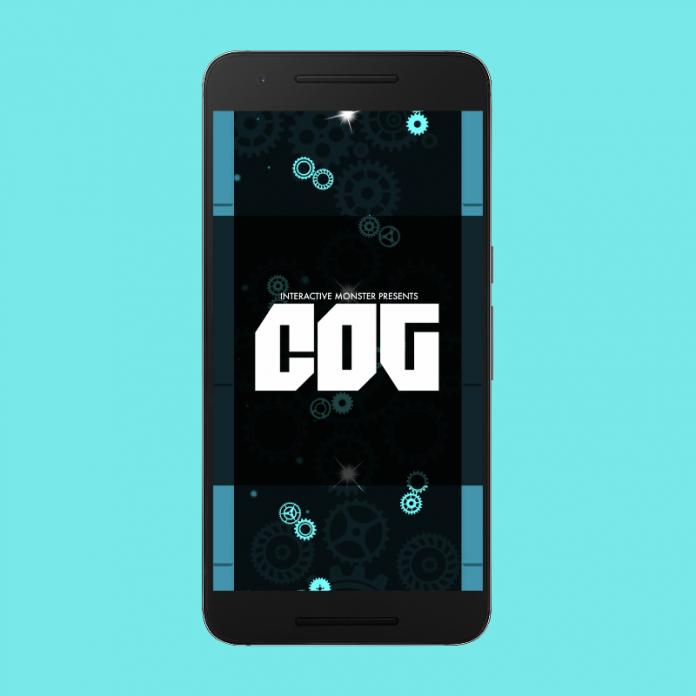 In a marketplace where more and more endless games are trying to compete for new users, developers are just starting to realize that they need a differentiating factor in order to survive the app carnage. Cog, by Interactive Monster, offers gamers what is expected from an endless game: simple gameplay, no-nonsense controls, and challenging gameplay. However, Cog is also a gorgeous game to look at, with very fluid animations and superb accompanying sound effects.

Normally, reviews start with a setup section, but there’s no setup needed for Cog. You just launch the game and it starts right away. There’s no tutorial either, but, with a little trial and error, you will get what are you supposed to do in no time.

You control a white orb and have to move it from one ring to another. This is done by tapping anywhere on the screen. Doing this will propel your orb in an upwards position (or to the left, if you’re playing in landscape orientation.

Easy, right? Well, the game isn’t called Cog just because it sounds cool. There are cogs everywhere trying to block your road to success. A small touch to one of these cogs and it’s game over for you. 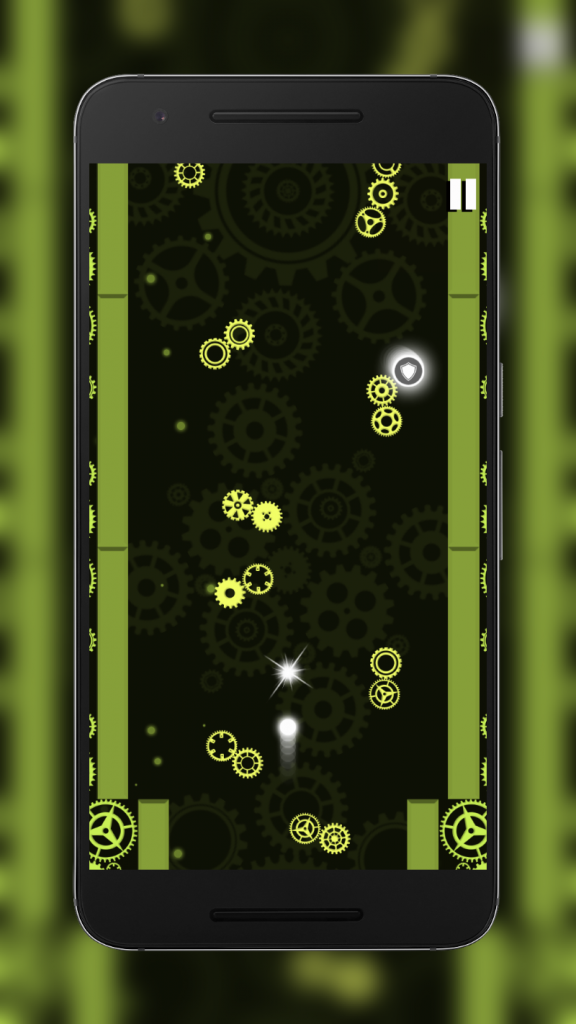 Striking visuals are the first thing you will notice in this game.

Also, the walls that surround the stage collapse towards you, so the time you have to go from ring to ring is very limited.

To aid you in your journey, the game throws at you spheres with useful items. For example, you can get an hourglass that slows the cogs around you, so that you can proceed through the perils of this world in a more analytical way.

There’s also a bomb that destroys all cogs for the next two rings and a shield that puts a protective aura around your orb to give you a second chance in case you screw up. 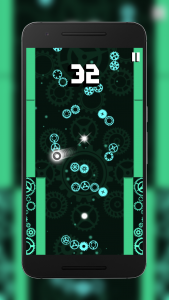 The items scattered through the stage are very useful.

When you combine all of these elements, they yield a very interesting, fast-paced and challenging gameplay. Even though you have to plan your movements carefully, if you are not fast enough, then the window to advance to the next ring will be gone and it will be game over for you.

The items that the game throws around are extremely useful, especially the shield. Going through the stage knowing that any mistake you make will not be the end of it all gives you a huge peace of mind.

Even though the game can get very addicting and it is a joy to look at, it suffers from the same issue as many games on the Play Store: zero replay value. Other than increasing your high score and completing the achievements available (not through Google Play Games, but rather a proprietary achievement system), there’s very, very little you can do. 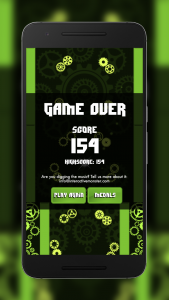 The obligatory screenshot of my highest score is provided for your amusement.

This is definitely one of the highest points of this game. The game is absolutely stunning. The background has these star-like circles that fly through, there are moving cogs everywhere and it changes color as you advance through the stage.

Even though the game looks amazing, it is definitely not pushing the processor to its limit, so this results in the game playing very smoothly, even on my kind of low-end Nomu S10. Even the animations for the game over screen are very nice and fluid. There’s absolutely nothing to dislike about this game graphics-wise.

The game has several background songs so that you don’t have to listen to the same song over and over again. They are very relaxing tunes, just appropriate to help you concentrate on the mayhem going in front of your eyes.

Sound effects that accompany your actions are not your typical SFX. They sound very mechanical, kind of what you expect from listening to moving parts in robots. Very appropriate for a game called Cog!

Cog manages to immerse the player into a stage full of moving perils, striking visuals, great sound and a dead-simple goal. However, this game is lacking in the replay value department, with very little incentive to keep going other than increasing your score. If the developers improve this aspect, maybe through the addition of other gameplay modes or some kind of progression, then they will have a winner on its hands. Even then, Cog is definitely worth trying for those moments where all you need is some quick fun.

Download and install Cog from the Google Play Store.