If you’ve ever wanted to donate regularly but couldn’t carve out the time, Movements might be the answer for you.

We buy clothing, order food, book flights, and reserve hotels from our smartphones. In fact, as of 2015, mobile commerce represented 30 percent of all commerce in the United States, and it’s expected to grow nearly three times faster than ecommerce overall.

The market’s upward trajectory has helped to elevate an adjacent, more philanthropic vertical: Charitable giving. But unlike the broader ecommerce industry, the effect hasn’t been especially dramatic. According to Dunham and Company, only 18 percent of donors report using a mobile device to give to a charity’s website, and half of all people who donate to charities online do so once a year.

That’s what Movements, a new mobile app for iOS, hopes to turn around.

More: Charity made mobile: How to give from your phone without getting scammed

The brainchild of CEO and founder Jong Woo, Movements takes aim at a very specific segment of the mobile charitable giving market: Millennials. “Movements was conceived as a response to some of the pain points that I felt when trying to give back,” Jong told Digital Trends. “I had the heart to give and finally some means, but I didn’t know where to start — I knew what causes I card about generally, but I didn’t know which charitable organizations were doing impactful work within those causes.”

The solution Woo settled upon was change — spare change. Instead of having users take charge of the donation process, Movements sets aside funds rounded up from linked credit and debit cards. Once one or more payment methods have been linked to the app’s dashboard, Movements begins to calculate (and subsequently deposit) the round-ups for every transaction. 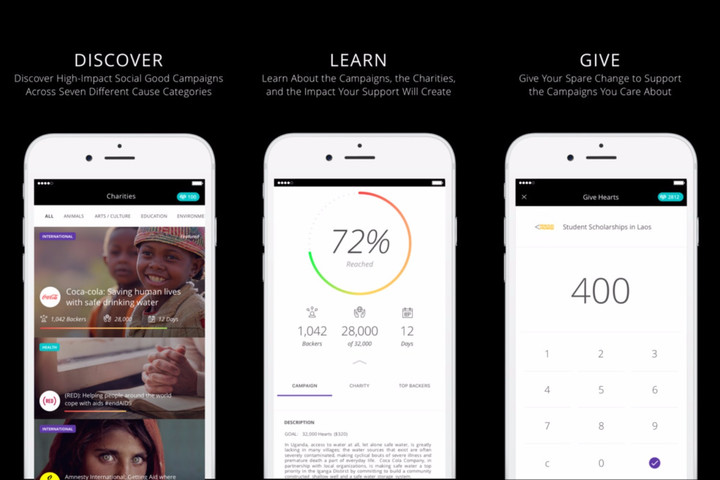 The money is made available for the charitable cause of an individual user’s choice, but those who need ideas can browse Movements showcase, which ranks organizations across categories like funding goal and time limit.

Movements doesn’t stop there. The app provides regular updates on projects in the form of photos, videos, texts, and messages from organizers, and users get briefs on the state of the project post-funding, and information about the real-world impact it’s made.

Woo believes that one of Movements’ greatest strength is its “set and forget it”-style of donation — the act of giving becomes compulsory, in effect. “I believe that the biggest differentiator for Movements is that the app enables people to quickly and easily incorporate giving back into their daily lives,” Woo said.

More: Users can now donate to their favorite charities in the U.K. with Apple Pay

“My hope is that we can bridge the gap that currently exists between a person’s intent to give back and the act of doing it.[In] doing so, I believe that we can unlock the next generation of donors and philanthropists who are able to channel their desire to make a difference with real, impactful action.”

Movements is available for free from the iTunes App Store.