If Snapchat does it, you can sure bet Facebook’s apps will do it.

Facebook-owned Instagram has not-so-subtly followed in Snapchat’s path for many of its recent feature additions, and now Facebook’s own Messenger app is doing the same. With the announcement of the “Messenger Day” feature, Facebook Messenger is going straight after Snapchat Stories as well.

The writing was on the wall since Messenger added quick access to a camera interface late in 2016, but with this latest update it isn’t just for single photos and videos. Messenger Day lets you chronicle your day in order from start to finish, creating a timeline of photos and videos augmented with plenty of filters and stickers along the way. 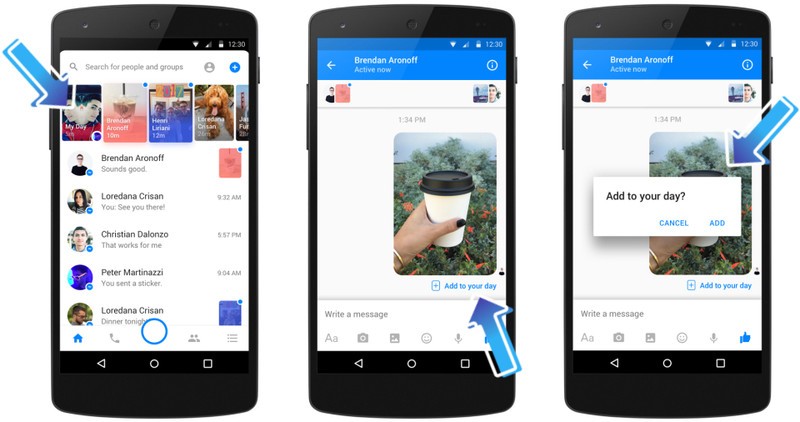 You can add to your Day feed explicitly from the main Messenger interface, or choose things from your group chats to include. You can delete individual items if you need, and can of course control who can see your Day timeline, restricting to specific groups or leaving it wide open for everyone. Everything that lands in Messenger Day will be deleted after 24 hours, though, so Facebook is hoping there won’t be much incentive to hold back from sharing.

The Messenger Day feature is hitting all Facebook Messenger users now, and if you’re already using the massively popular chat app you may give it a try. If not, the rest of Messengers features will continue to live on just as they did.