FCC listings for the Samsung Galaxy S8 confirm full support for U.S. carriers, and hint at an earlier release of the unlocked model.

We’re still a few weeks out from Samsung’s official event to unveil the Galaxy S8 and S8+ to the world, but more and more details are continuing to leak out. 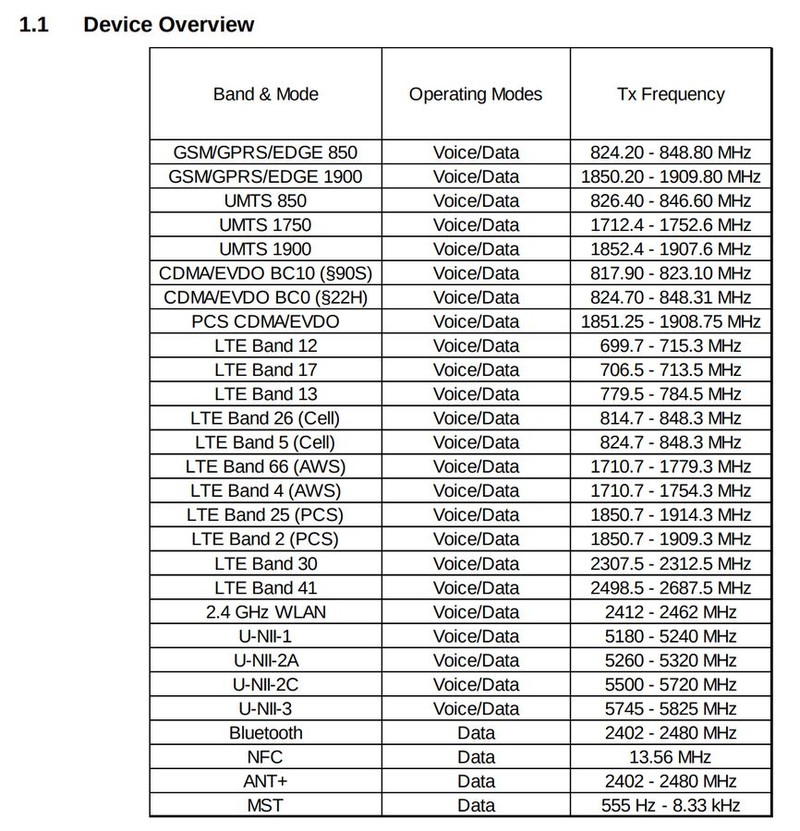 This chart above shows all the different wireless carrier bands that the S8 and S8+ plus will support and it would appear that the phones will work with all US carriers. Of specific interest are the LTE bands, which include 2, 4, 5, 12, 13, 17, 25, 26, 30, 41, and 66. For more information on what all that means, you can learn which radio bands each carrier supports here.

While support for all the major carriers is great, the most interesting thing to note here is the filings for the unlocked variants of the S8 and S8+. For last year’s flagship, Samsung held off on releasing an unlocked version of the Galaxy S7 until June — months after the initial release of the carrier-locked phones.

This is purely speculation, but could Samsung be planning to release the unlocked variant of the Galaxy S8 and S8+ at launch alongside the carrier-locked versions? We’ve never been fans of the bloatware and delayed updates linked to carrier-locked phones, so we’d be pleasantly surprised if Samsung decides to mixes things up this year.

Either way, we’re loving following all these little leaks of info ahead of the launch event!

Samsung Galaxy S8 and S8 Plus