Following Snap’s very successful IPO, it looks like Facebook is doing all it can to emulate Snapchat, starting with the global launch of Messenger Day.

After testing its ephemeral Stories-like feature for Messenger in countries like Poland and Australia, Facebook is finally ready for the biggest stage of all. “Today, we are starting to roll out Messenger Day globally on Android and iOS,” Facebook said in an announcement on Thursday.

Facebook’s Messenger Day works much the same way it did when it launched in Australia late last year — the most prominent feature is the ability to create and share stories (images and videos that autoplay in a slideshow format) that are displayed for 24 hours before disappearing. If your first reaction to the update is “that sounds just like Snapchat and Instagram,” that’s because it is. Users can doodle on the Messenger Day posts, and overlay them with graphics such as filters, Facebook stickers, and text.

The only major difference noted by users is the filter suggestion function, which basically prompts you to share different types of posts, such as “I’m Feeling,” “Who’s Up For?” and “I’m Doing.” Clicking on these options reveals associated filters related to events and emotions like “blessed,” “let’s grab drinks,” and “study time.”

Unlike Snapchat (and its buzzing South Korean clone Snow), Messenger Day forgoes selfie filters — arguably the most fun Snapchat feature — in favor of graphics and stickers. 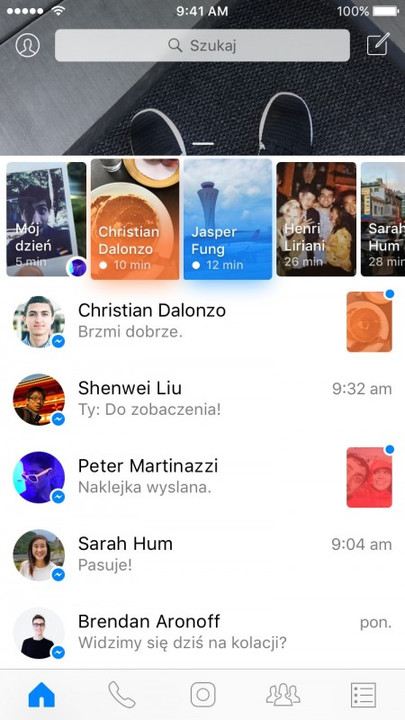 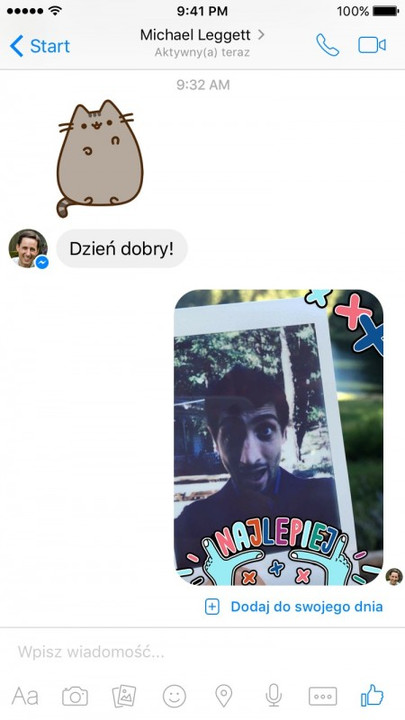 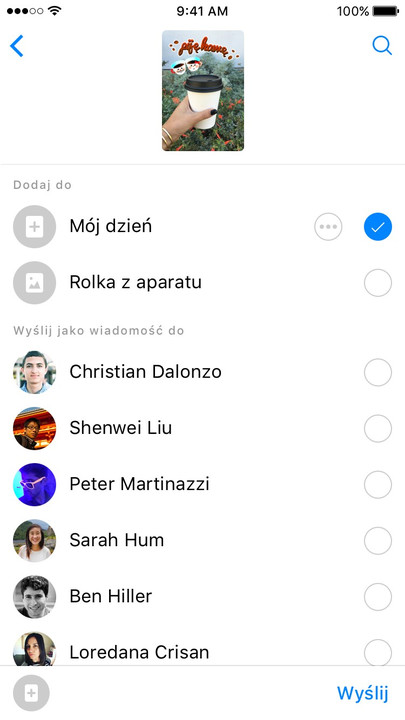 “Billions of photos and videos have been sent capturing all those heartfelt, funny, and serious messages that make the Messenger community so powerful,” Facebook said about its global launch, “We love seeing how much fun people are having with Messenger’s new visual tools, especially our most popular art and effects like floating hearts and, recently, Mardi Gras frames.”

Facebook quietly borrowed from another popular messaging app as part of Messenger Day. Tucked away among the new features are additional stickers from local designers — which sounds suspiciously similar to Line and WeChat’s respective stickers marketplace tools, both of which opened up the popular graphics to creators. We already know that Facebook is actively trying to emulate those apps, courtesy of its recent hire of a WeChat product manager and the launch of Messenger bots. An added emphasis on stickers only brings it closer to its Asian rivals.

This isn’t the first time Facebook has borrowed from Snapchat. In August, users began spotting a disappearing messages feature on Messenger. A similar group messaging function has also appeared for select users on Facebook itself. And who can forget its Poke and Slingshot apps (aside from everyone who ignored them in the first place)? Products of Facebook’s now-defunct Creative Labs department, dedicated to standalone apps, the two offerings failed to attract an audience and were hardly updated as a result.

Seeing as Instagram Stories is apparently thriving, it begs the question: why is Facebook still determined to copy Snapchat despite the backlash such plagiarism inevitably attracts? The answer is that the social network craves the type of personal (if disposable) posts Snapchat users share on a daily basis. Facebook simply doesn’t command that type of activity, at least not anymore.

Read more from News
← Businesses may soon be able to chat with you over WhatsApp, according to report
Sprint shows off its Gigabit LTE network at an NBA game in New Orleans →