Now $44, the Logitech G602 is an affordable, feature-rich wireless mouse

All serious PC gamers know the importance of a good mouse. Logitech, a well known and very popular maker of computer and gaming peripherals, has produced the affordable and feature-laden Logitech G602 mouse, which lives up to this pedigree. Although the wireless G602 boasts a number of gaming-focused enhancements, its understated design and long battery life would make it a great option as a general-use desktop mouse as well.

The Logitech G602 utilizes an accurate and efficient Delta Zero sensor for a DPI of up to 2,500, but you can switch through various settings on the fly for a DPI of as low as 250 when you need more sensitivity for certain tasks. The G602 runs on two standard AA batteries and lasts for up to 250 hours, while a convenient LED battery indicator lets you know when power is running low. Two different modes, Performance and Endurance, let you manage the mouse’s power consumption depending on what you are doing at the moment. 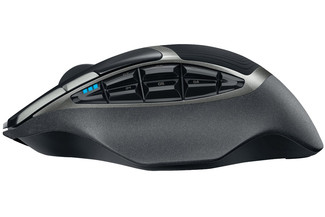 The ergonomic design fills the palm without being too bulky and provides easy finger access to the 11 programmable buttons. The durable button switches are rated to last for 20 million clicks as well. The grey body has a sleek but understated design, ideal for those who want the features of a gaming mouse without the bright colors and LED lights that are found on many gamer-oriented peripherals. A USB nano receiver utilizes high-speed 2.4GHz wireless for a response time of 2ms for lag-free input. The low-profile receiver is also small enough to be stored inside the mouse when not in use.

The Logitech G602 wireless gaming mouse received an “excellent” rating from PCMag and currently has a solid 4.3-star rating from over 2,000 Amazon users. Normally priced around $70 to $80 at most retailers, the G602 is now 44 percent off, which brings it down to just $44 on Amazon.

Read more from News
← Will everyone please shut up about 5G?
Best iPhone 7 battery cases to keep your phone above 20 percent →