Should I be using Chrome apps or Android apps? And why is so much choice such a burden? Every good operating system that’s worthy of its users has an app story. After all, if you think about those mobile OSes that have nearly failed — webOS and Windows Phone are the first that come to my mind — you’ll recall that their app stores were hardly worth delving into. They were, effectively, a boring story. That’s certainly not the case with the Google Play Store, so then why does Chrome OS operate under a different narrative?

Since I’m new to this platform, I don’t know what life was like with a Chromebook before Android apps were available on Chrome OS (this feature, by the way, is still in beta). And I’m sure I’m luckier for it because I didn’t run into the same limitations as some of Chrome OS’s forbearers. If there isn’t a Chrome app or an extension that can function as I want, I can simply go to the Play Store and find an Android app that can. I have a choice. 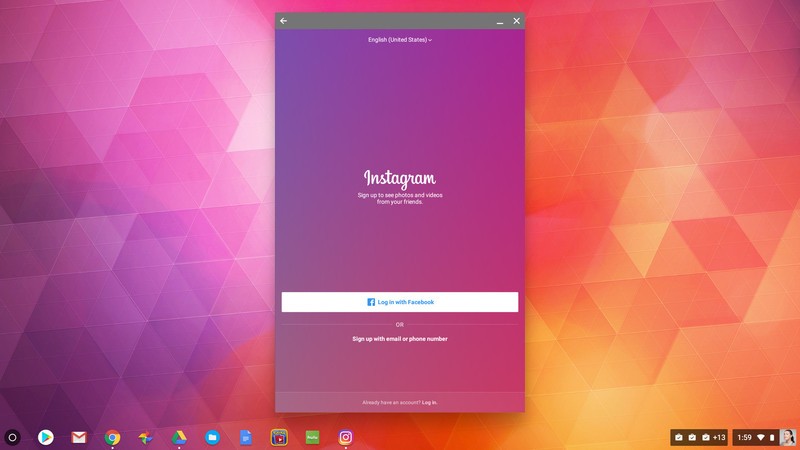 I am still not entirely sure where to start looking when I’m hankering to download an app: the web, Chrome Store, or Google Play?

Then there’s the issue of which version of an app to use. I had this issue with Spotify, for example; the web app through the browser is better than the Chrome app, while the Android version has all the bells and whistles, including offline capabilities and options to organize playlists. You could see why I chose to use the latter. Conversely, Google Docs is better online than the Chrome OS app and the Android app because of its more easily navigable menu hierarchy. And lastly, there’s the issue of actual app availability. I am still not entirely sure where to start looking when I’m hankering to download an app. Do I go to the Chrome web store, or should I try the Google Play Store first? My primary inclination is to check for Chrome OS app first, then search for an extension, and then relegate myself to whatever made-for-the-smartphone version might be available. At this point in the Chrome OS ecosystem, it seems like anything is better than nothing.

I really hope that the future of Chrome OS involves cross-platform interoperability and that developers of both platforms see Chrome OS as the natural extension for their Android app. I want perfect synchronization between Android devices and Chromebooks so I can be even more sucked into the Google world. Our ecosystem is almost there, folks. I can see it on the horizon.