Water is an incredibly healthy drink, but it sure can get boring! The creator of this flavor-changing water bottle Kickstarter wants to help.

Do you get bored of drinking plain old water when you’re out jogging, but don’t want to switch it for another drink that’s full of added junk and preservatives? Then 20-year-old pre-med student Saef Munir may have the perfect solution in the form of his innovative “Flavour Bottle.”

Currently raising funds on Kickstarter, the Flavour Bottle is a regular water bottle with a scented silicone spout. Since smell accounts for up to 80 percent of our sensation of taste, the idea is that the proximity of the scent essentially tricks your brain into thinking that what you’re drinking carries a flavor when in fact it’s purely water.

More: Everything can taste sweet with the Taste Buddy gadget

Flavors available for pre-order include strawberry, watermelon, orange, grape, and cola (which can be augmented by using carbonated water), so interested parties should be able to find one they like to quench their thirst. 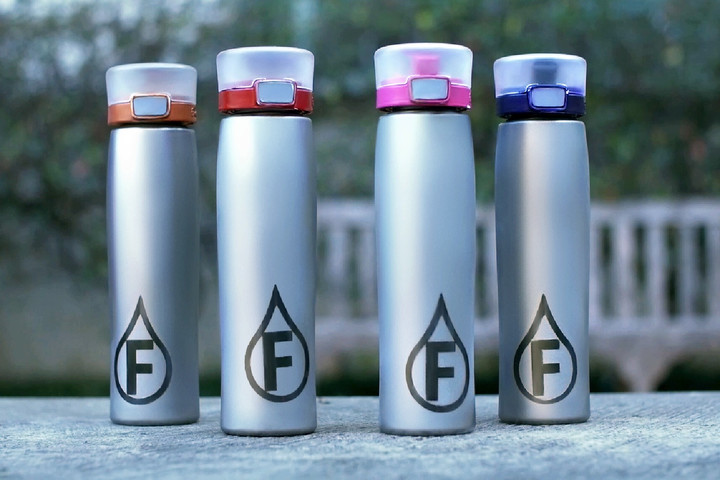 “I am a future medical school student who had the idea when I was in my college anatomy class and learned about the connection between taste and smell,” Munir told Digital Trends. “I’ve worked on this product for the past three years, starting with a scented water bottle cap, scented ring, and eventually to a prototype scented straw and then scented spout. The straw worked the best because drinking through it allowed a person to breathe in while drinking, while the ring and cap did not work as well because a person had to consciously smell and drink at the same time. That is how we came to create the scented spout.”

Each scent reportedly lasts up to twelve months, depending on usage. You don’t have to throw the whole thing away once the taste has worn off, though, but can instead buy additional lids to replace the old one. Munir said that the lids are safe, with the spout made of a material similar to the edible waxes that are incorporated into paper coffee cups to keep them from leaking. The flavorings have also been approved by the FDA.

“We think it’s great for people who are trying to get in their water goals, but can’t because of their addiction to sugary drinks,” Munir continued. “It’s also great for kids to build up healthy water habits, [as well as for] diabetics as they cannot enjoy sugary beverages — but with this product they are able to get a taste of that.”