Check out the technological upgrades that helped Kansas City become one of the smartest cities in the U.S.

It sounds crazy, but believe it or not, the above scenario exactly describes Kansas City, Missouri – which just announced its entry into the official smart city category.

Having four years ago given its residents access to blazingly-fast, 1,000 megabits-per-second Google Fiber, Kansas City has now added a range of other smart city features that promise to make it among the United States’ most tech-savvy metropolises. Not bad for a city whose previous claim to fame was being the birthplace of Hallmark cards.

More: Are you on the list? Google Fiber is going to these cities next

“This work began when we built our Streetcar,” Bob Bennett, Chief Innovation Officer in Kansas City, told Digital Trends — referring to the first rail transit line in the region in close to 60 years, which commenced operations in May 2016. “While we were putting in the necessary rail and electricity infrastructure, we took the opportunity to concurrently put in smart city infrastructure. At present, that includes 328 access points to public WiFi, 25 information kiosks connected to WiFi, and adaptive street lights, which are able to increase or decrease their brightness based on the needs they sense in terms of foot traffic beneath them. We’ve got all of these systems working around a 51-square-block area, covering a 2.5 mile stretch in the heart of our downturn area.” 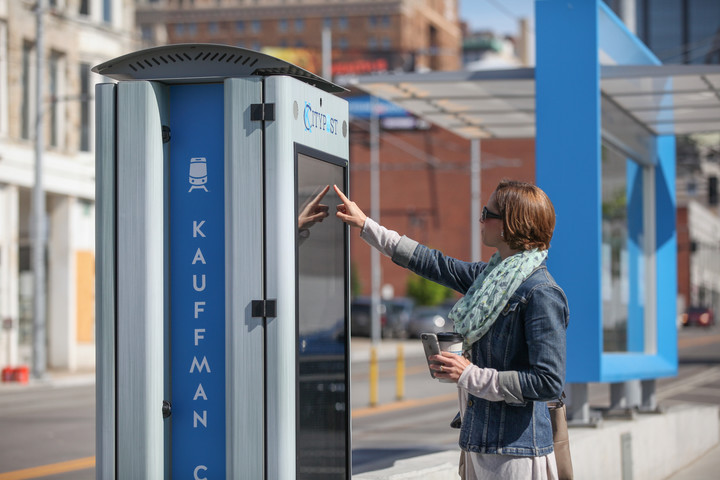 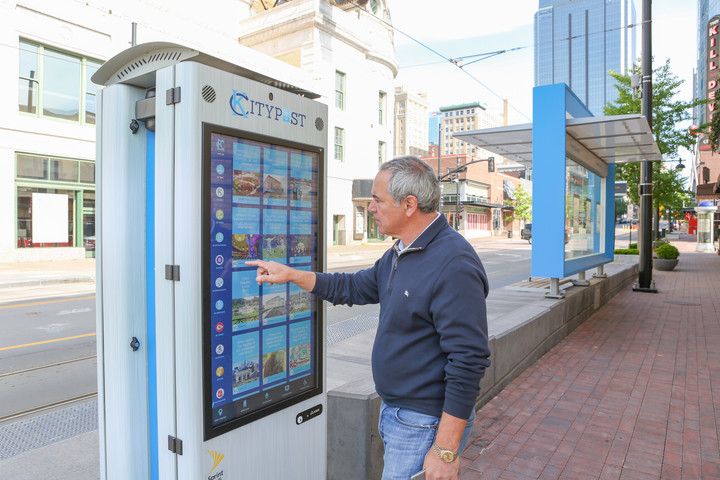 It’s impressive tech. For instance, the kiosks mean that visitors and locals no longer have to whip out their iPhones to find out about local entertainment options or transport routes, but can instead do it via large (and free to use) touch-sensitive displays.

In a way, though, this is the icing on the cake. Just as giving an old house a fresh lick of paint doesn’t make it new, Bennett notes that a smart city is about more than just a fancy devices.

“I like to say that a cool city has a lot of the same technology as a smart city, but that the transition is made when you start collecting data strategically and making sense of it,” he continued. “You can use that to make better and smarter decisions — which has the result of directly positively impacting our citizen’s lives.”

With that in mind, what makes Kansas City especially smart is the addition of a newly-launched live map which draws on the city’s various smart sensors for a real-time visualization of the collected data. “We make all the dynamic sensors available to our public,” he said. “They can look to see where traffic is bunched up, so they can find an alternate route. Or they can pick a parking spot, based on availability they see on the website.”

More: These smart cities are building infrastructures for the 23rd century

In addition, the site includes pedestrian hotspots and the precise location of KC Streetcars. Over time, the idea is make more and more information available in this way. The other innovative part of it is how the data can be used by not just citizens, but other interested parties, such as city planners. 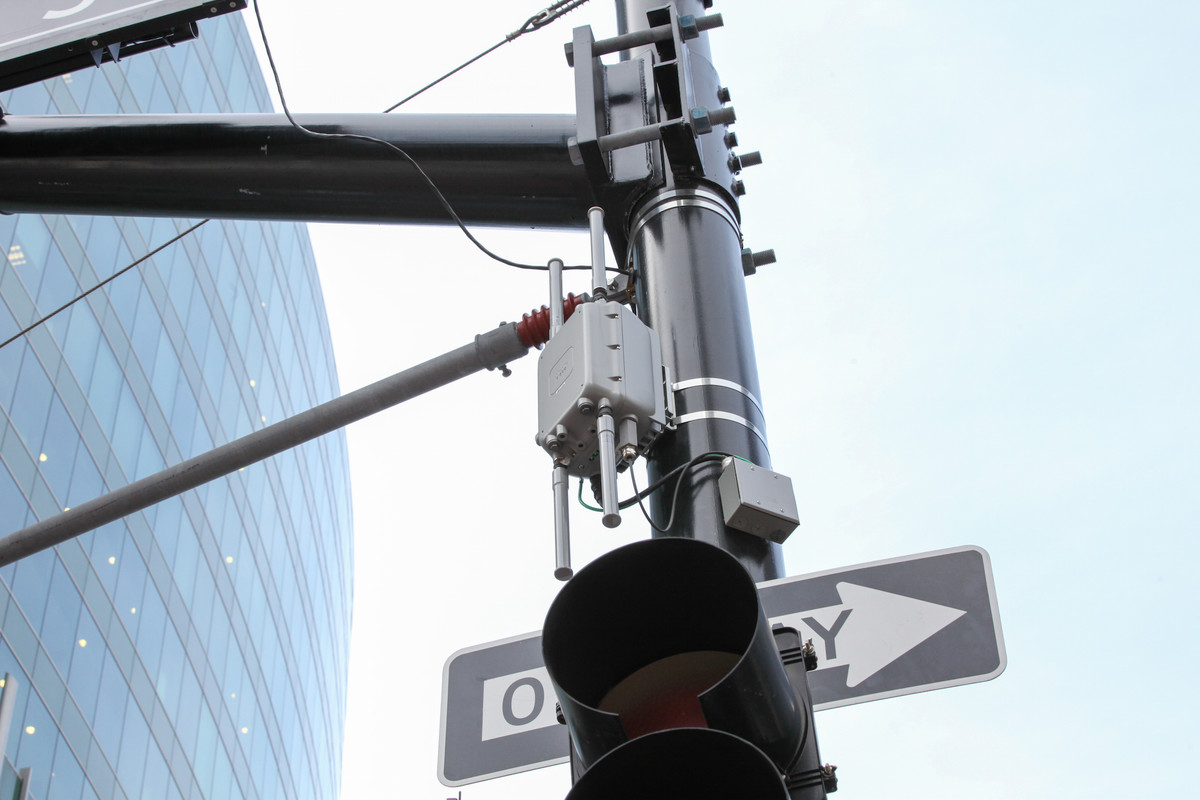 Kansas City is one of the first metropolitan areas in the U.S. to offer free public WiFi access. Routers like this one are positioned throughout the downtown area, granting users upload speeds of about 130 MB/s and download speeds of 150 MB/s

“If I’m able to use data I can do things like better synchronize my trash collection,” Bennett said. “I won’t have garbage trucks picking up half-empty bins. If I have sensors that tell me where large concentrations of people are, I’ll know where to deploy my public safety resources for crowd control purposes. If I see a large traffic backup, that could be an indicator that there has been an accident and that we need to send the appropriate assets to deal with it.”

The other folks who can benefit from it are businesses, both small and large. Kansas City officials will use this as a means to let companies find out where best to place new coffee shops, retail outlets and more — by revealing where there is the greatest amount of foot or vehicular traffic. As Benett told us, “They get to look at the pulse of our city.”

“In thirty years time, this will be commonplace. We won’t be calling it a smart city; it’ll just be a city.”

Finally, the anonymized data can be monetized by companies which partner with Kansas City — as Sprint and Cisco have done by investing in the area. Cisco, for example, contributed $12 million to the project, without which it could never have gone ahead.

“Public-private partnerships allow a city to be an active part in its own ecosystem,” Benett said. “As cities evolve in the twenty-first century, you’re going to see more opportunities where for-profit firms can access a city’s population for the purposes of doing business. When they can do that by providing a public good — and we have to be very strategic about which of these partnerships we jump into — it’s good for everyone.”

So is this how all cities will look one day?

“In thirty years time, this will be commonplace,” he concluded. “We won’t be calling it a smart city; it’ll just be a city. Twenty-first century citizens expect their city leadership to interact with them and manage affairs in the community using twenty-first century tools. Much of what we’re doing now is part of that fundamental change in city government. We’re solving problems here: not for today, not for tomorrow, but for the next generation.”