Haters gonna date: This app finds you love based on your dislikes

While most dating apps rely on mutual interests or physical attraction, Hater instead looks to connect people based on their mutual dislikes.

The enemy of your enemy doesn’t have to just be your friend — he or she can be your special friend. That’s the hope of Hater, a new dating app that seeks to bring people together based on a different sort of connection — the mutual dislike of anything from vegetables to minivans. Launching publicly on February 8, Hater knows that when it comes to relationships, it’s not all about hearts and flowers.

“What we hate is an important part of who we are, but it’s often swept under the rug in our public persona,” said Brendan Alper, CEO of Hater. “We want people to express themselves more honestly. Plus, it’s easy to start a conversation with someone if you know you both hate pickles.”

The app still utilizes the same swiping function familiar to Tinder, Bumble, and Hinge users, but instead of swiping on people, users swipe on topics. As the user base grows, so does the list of issues. Based on your mutual dislikes, Hater creates a compendium of your most compatible potential matches, which you can then browse through at your leisure.

Automatic icebreakers are also built into the app. After all, you already know what you and your matches have in common — a mutual disdain for cilantro, black-and-white photos, or cacti, for example. 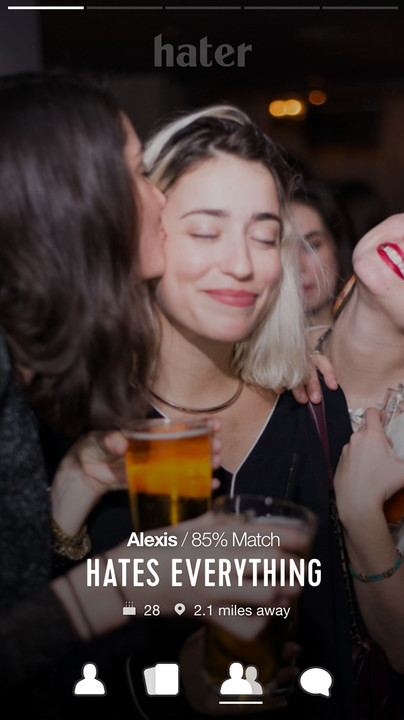 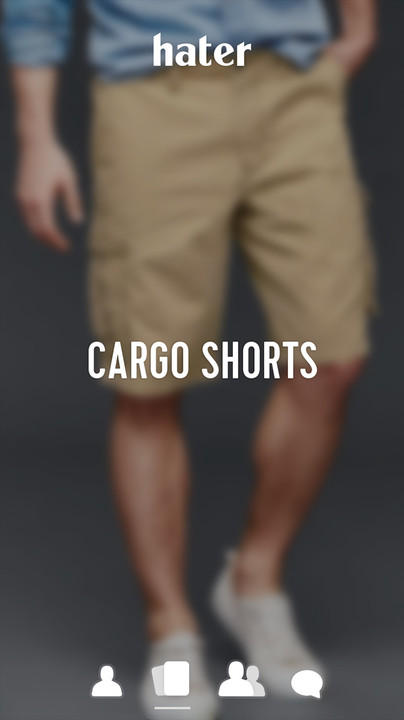 “Dating is supposed to be fun,” Alper said. “Somewhere along the line, dating apps lost sight of that. Hater wants to bring it back.” Be warned, however, that while Hater may be a tongue-in-cheek environment, it’s no excuse to act a fool in the app. “Hater absolutely does not stand for hate speech or bigotry — particularly animosity toward races, religions, or body types,” the app notes in its terms of service. “Our team carefully moderates the topics, and we have a strict one-strike policy for anyone who abuses our guidelines.”

So get swiping, friends. Sometimes, hate can turn to love.