Microsoft is finally testing Cortana for your lock screen! 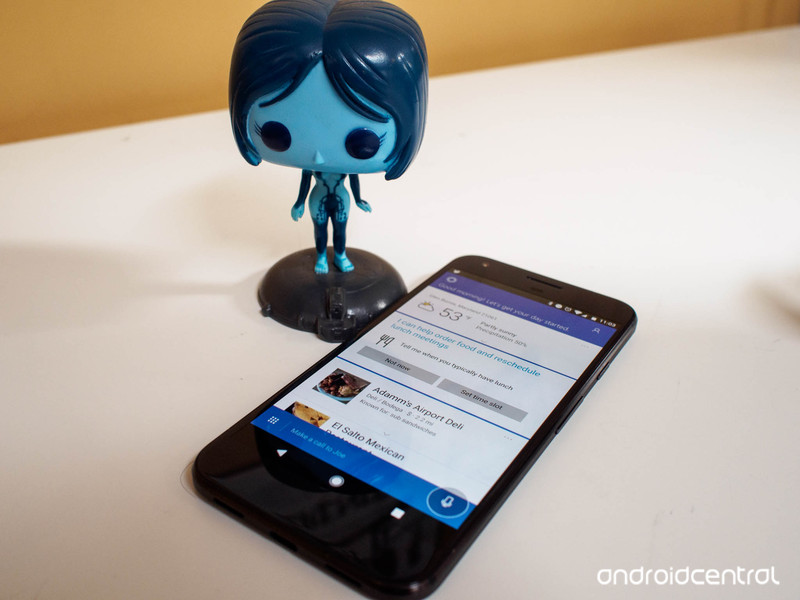 Microsoft’s progress with Cortana for Android has been slow, but undeniably constant. As voice services go Cortana is arguably more capable than Assistant or Siri, but the implementation on Android hasn’t been complete enough to ever seriously consider replacing Google’s services. It’s an uphill climb for Microsoft, especially now that Google’s Assistant is coupled with Google Home as a more complete solution, but the next big step has finally arrived in the Cortana beta channel this morning.

This doesn’t appear to be a full lock screen replacement like Microsoft has done with other apps in the past.

In what Microsoft is calling a “VERY Alpha build” in the Cortana beta community, support for Cortana on your lock screen is being tested. This update starts by asking if you’d like to enable Cortana, and if you agree to test the new feature you’ll see Cortana’s ring at the bottom of your lock screen. This doesn’t appear to be a full lock screen replacement like Microsoft has done with other apps in the past, but you do gain some new information by interacting with the Cortana ring.

Swiping right on the rings pulls the Cortana itinerary view into frame, which gives you access to all of the traffic, calendar, and news events you’ve told Cortana you want to see in your feed. There’s also a microphone icon should you want to communicate directly with Cortana, but for right now it doesn’t look like “Hey Cortana” works when the display is off. It’s possible Microsoft will have that working as work on this Alpha build continues, but even without that feature this step forward is significant.

If you want to try this out before it is rolled out as a standard feature, sign up for the Cortana Beta group here.