The Good The Polk Boom Bit is a tiny waterproof Bluetooth speaker that outputs a reasonable amount of sound and can be clipped on to your clothing. It has a built-in USB charger so you can plug it into your computer or USB wall power adapter. Works well as a personal speakerphone.

The Bad Sound is serviceable, but not all that good; could be a tad cheaper.

The Bottom Line The wearable Polk Boom speaker is cool, but its sound is pretty underwhelming.

The size and shape of a cigarette lighter, the tiny, ruggedized Boom Bit (1.1 ounces or 32 grams) is water-resistant and has an integrated microphone so it doubles as a speakerphone. The built-in clip allows you to securely fasten the speaker to your clothing and it’s ideally worn at around collar level, where it can sit not too far from your mouth and ears. There are volume controls on the speaker, which is good. 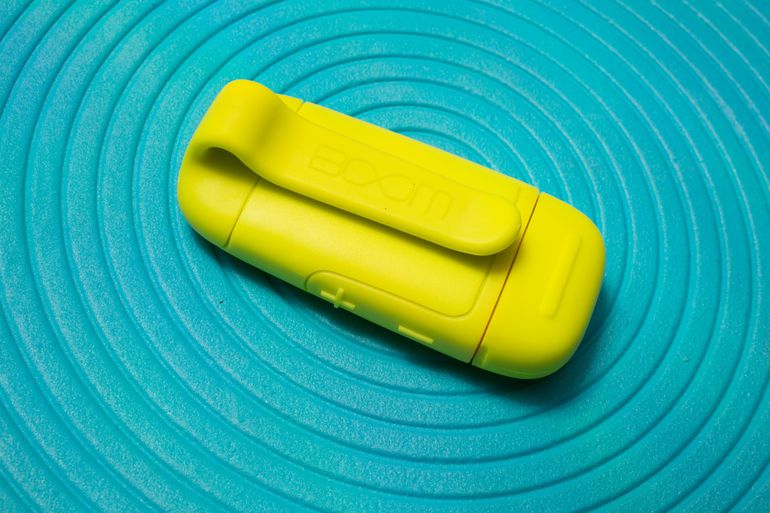 The Boom Bit clips right onto your clothing.

At close range, the 1.5-watt Boom Bit sounds pretty loud. I just wouldn’t say it sounds good. It’s smaller than an old transistor radio but the sound isn’t much different. As you might expect, there’s barely any bass and the speaker sounds strained and distorted when you push up the volume. But it does sound better — or at least plays louder — than your phone’s speakers and people’s voices sound clear during calls (little speakers like this are strongest in the midrange).