Reddit user ReturnThroughAether reported this morning that his AT&T-brand Samsung Galaxy S6 edge+ caught fire on his nightstand as it was charging using the company’s first-party AC adapter, scorching his nightstand and giving him quite a scare. He writes:

Woke up this morning (yesterday technically. 12/20) just in time to get ready for work and looked over to find my phone has exploded. Luckily I don’t keep it on my bed, as you can see it scorched my night stand. I’ve talked to Samsung and my carrier. The phone had no problems before, no overheating. I think I’m done with Samsung for a while, really gonna miss the photos I had from Africa in the fall. Dammit Samsung, I was still in your corner after the Note 7 stuff too. 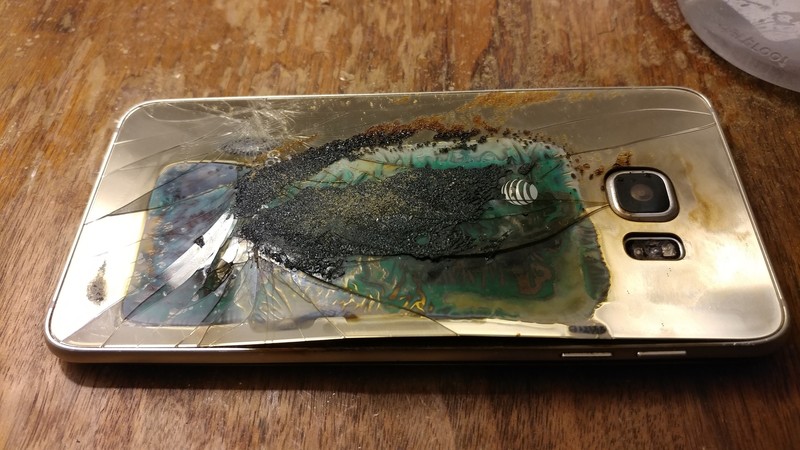 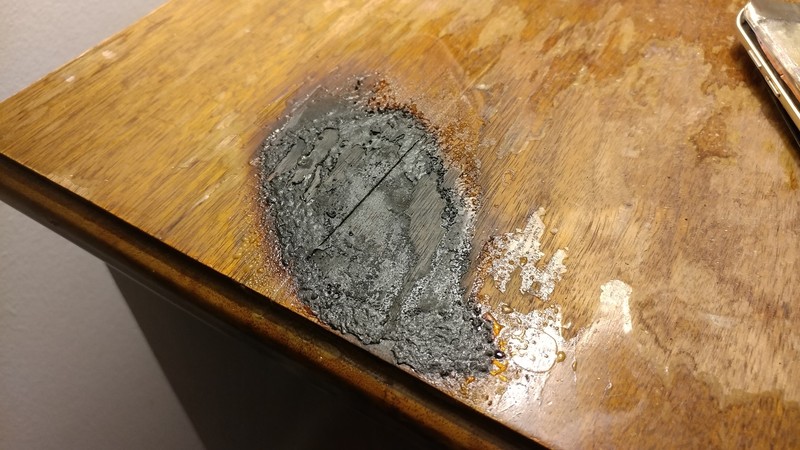 He goes on to say that he previously had a Galaxy S6 edge that, while its battery stayed intact, had experienced battery performance problems before.

Before, during and after the Galaxy Note 7 incident, we heard myriad incidents of Samsung devices rendered useless by ruptured batteries. This is yet another example. While this isn’t cause for alarm and a recall of past Samsung products, it is yet another reminder that our phones, which increasingly contain our entire lives, should be treated with caution and charged in places that have little chance of injuring people. Thankfully this situation didn’t lead to any personal injuries, but that nightstand is going to need some TLC.