As we all wait for Nougat, there’s a quick update to Marshmallow with welcomed fixes.

The OnePlus 3T’s first software update isn’t a substantial one — coming in at just 24MB — but I’m not one to look a gift horse in the mouth. The update is beginning an “incremental” roll-out starting today, and should be available to all OnePlus 3T owners shortly. 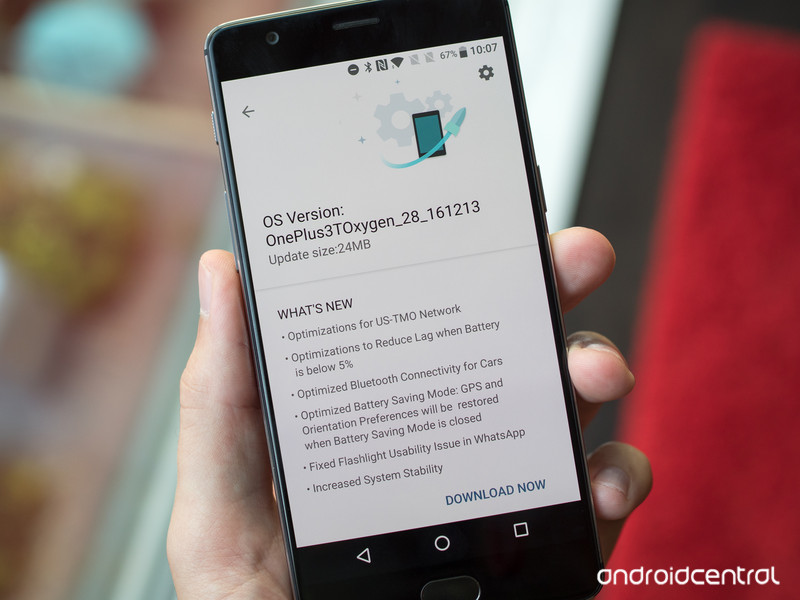 Most people will be happy to see that there are improvements to T-Mobile network performance, as well as changes to make the phone perform better at low battery levels and properly restore settings when returning from Battery Saving Mode. That’s a lot to pack into such a small update.

We’re now in the middle of December, and that means there are just a couple weeks left for OnePlus to roll out the Nougat update officially to the OnePlus 3 and OnePlus 3T. We’re waiting (somewhat) patiently for the update, but what we saw in a pre-release version has us extremely excited to try it out in an official capacity.