Try looking up a movie on Google — if you notice a thumbs up and a thumbs down sign inside the movie’s info box, you’re among the few who has access to the tech titan’s new experimental feature. The big G has confirmed to Search Engine Land that it has begun testing out a way for users to rate films and TV shows right within search results. As you can see in the image below the fold, you can find either option above the usual IMDB and Rotten Tomatoes ratings. There’s even a new “Google users” percentage right next to those two.

At the moment, it seems to only show up on the desktop version of Google search, so you may want to try going a Google search on a computer. One can only guess what other features the company cooks up based on this one, though. Google could start recommending movies and shows, or it could surface certain titles nearer the top of the results page, based on how you vote. We’ll know for sure if ever this experimental feature becomes a permanent one. 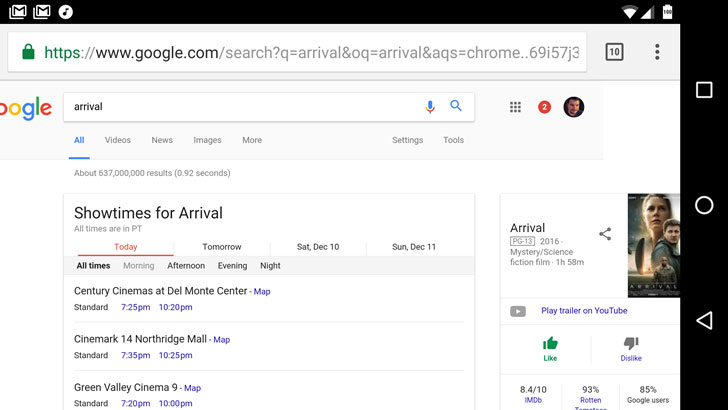 Read more from News
Google, News, TV
← The Morning After: Friday December 9, 2016
Swift Playgrounds shows how anyone can learn to code →