A weekend with Google Home: Where’s the magic? 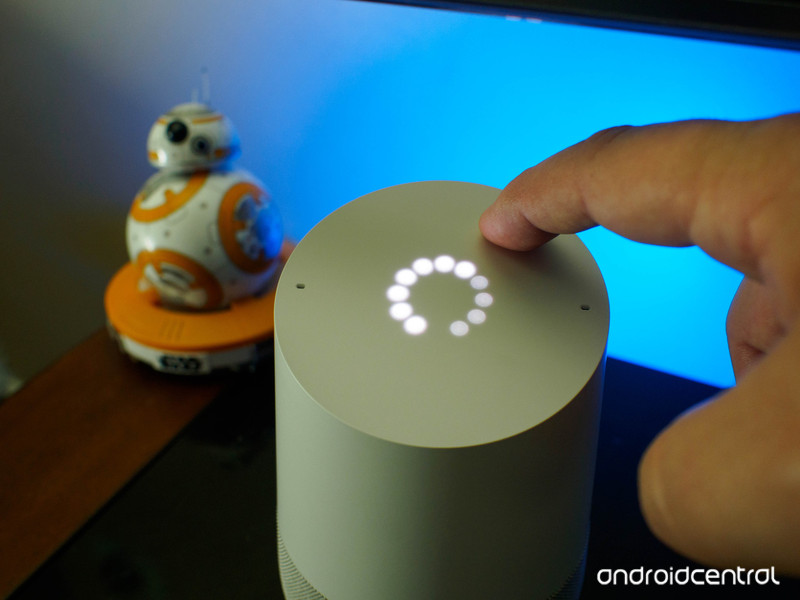 “Sorry, I don’t know how to help with that. But my team is helping me learn.”

I’ve heard that phrase, or some variant of it, 47 times since I took Google Home out of the box. Google’s answer to everything Home can’t do right now is a reminder that this system is designed to constantly improve, and for techy nerds like me that’s a comfort. My greatest personal hypocrisy is telling people not to buy gadgets that promise to get better with age and then turning around and doing it myself, and Google Home is no different.

I knew Home wasn’t going to deliver the experience I wanted based on the experiences had with the demo Google gave at the Pixel launch event, but over the last 72 hours I’ve gained some much needed perspective on where Google Home is now and where it needs to be before I recommend it. 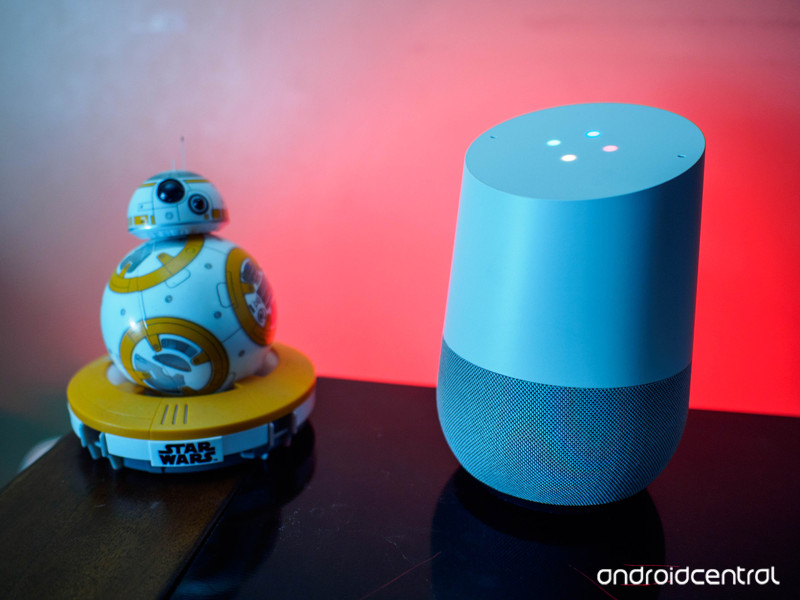 Lets get this out of the way early: “OK Google” is not fun to say 50 times a day. It just isn’t. Google snuck in “Hey Google” as an alternative on Home, which didn’t work out of the box for me. When I tried toward the end of Day Two, it started working for me. “Hey Google” is a little better, but not as convenient as Alexa or Cortana. Being able to set your own hot word would be amazing, and something I’ve been saying about Google’s voice services for years now. I don’t think it’s happening anytime soon, but it’s nice to think about.

I would pay many additional dollars to Disney Marvel to license “Jarvis” as the wake word and audio response for Google Home.

Lets get this out of the way early: “OK Google” is not fun to say 50 times a day.

Having been an Amazon Echo user from the day I was able to purchase one — after waiting ages on a list that gave me Google Glass flashbacks — I’ve known for a long time that all Google really needed to do for me to want their alternative product was make Google’s services available to me. Google Home delivers a minimum form of that, with Play Music, Podcasts, and Google Keep all available with my voice. These are all things I use, and not having access to them on Echo has always been a pain point. But as nice as having access to these apps are, the functionality is incredibly limited. I can’t ask Home what podcasts I have available to listen to, Google Keep integration is currently only for the shopping list Home created for me, and accessing my playlists on Play Music is spotty at best.

Some of this matters less when you can use Google Home as a Cast target, or when you can use Home to control the other Google Cast targets in your house. When that works, which is most of the time, it’s cool as hell. For video, it only really works with YouTube right now, which is less incredible. I rarely know the exact name of the video I’m going to watch on YouTube, and go hunting for random videos with even lower frequency. It’s nice to ask for the latest from Minute Physics, but it’s clear I’m going to appreciate the feature a lot more when Play Movies, Netflix, and more have adopted voice support. 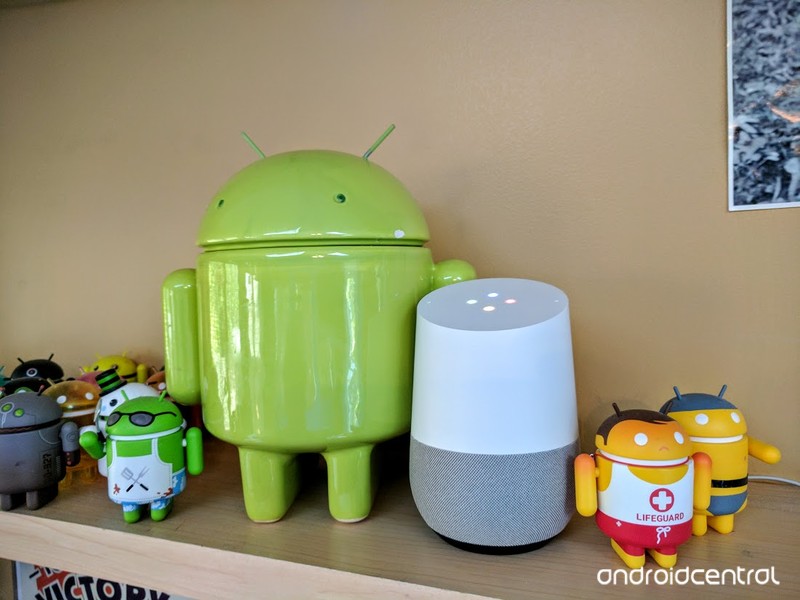 Google Home is exactly the same as Amazon Echo to my family, by which I mean they have no interest in using it because their stuff isn’t available to them with the same ease my information is available to me. I’m the only one who can ask for a calendar recap. News briefs only come from my input. Traffic conditions are based on my drive routes. Multiple account support isn’t easy, but it’s the only way this speaker gets used by anyone other than me most of the time, and that’s not great.

My kids are big fans of being able to cast APHMAU to the television with their voices, and love being able to add toilet paper to my grocery list 45 times, but that’s about it. My oldest wanted to know why she couldn’t just say “OK Google, turn out my lights” and have Home recognize her voice and associate that voice with her name on the Hue bulbs in her room. When I finished laughing at what a terribly perfect First World Problem that was, it became clear voice distinction was the thing that was going to draw people in. That may never happen with this version of the hardware, but it’s the next step I think.

There’s also a fun sensitivity “issue” with Google Home right now. Any commercial for Google’s products right now activates the hot word on the Home in my living room, which immediately results in a laughter from the family. It’s a great demonstration of not really thinking about your existing audience while selling to the next person, and something that happens way less on Amazon Echo when Alexa is called out in commercials on TV shows. If Amazon can figure out how to keep my Echo from responding to a sleep deprived FBI agent in Mr. Robot, surely Google can do the same in their ads. 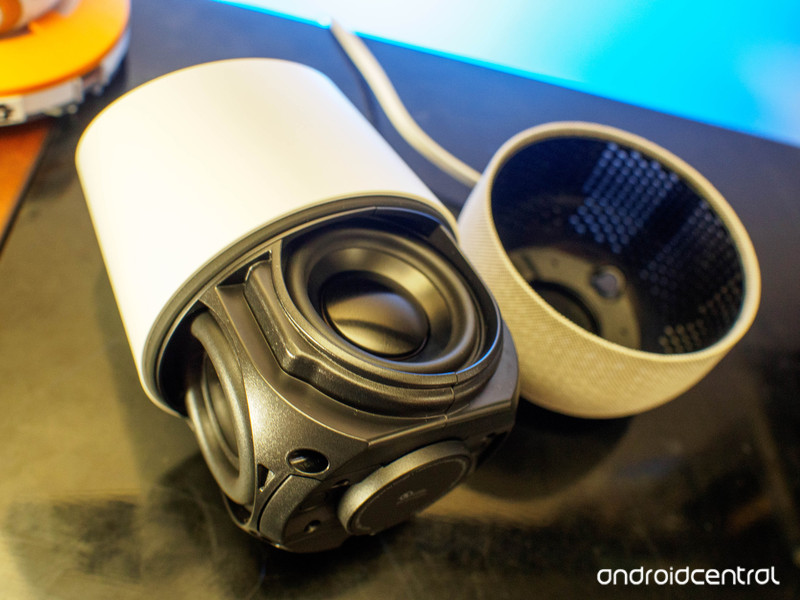 Google needed massive human trials to figure out what to prioritize and how to implement new features, which is why Google Home was released in its current form. That’s fine for early adopters, but Amazon’s Echo in the early days that makes this something I’m unlikely to recommend to much of anyone for a while. It’s not finished, and the gymnastics people are going through in order to shoehorn Home into their personal workflow already is kinda nuts. Some folks are buying one Google Home for each household member and setting up individual accounts on each, while others are considering a Google account for the household on a Family Plan so everyone has even access and no one can mess with personal accounts in the house. While kind of clever, it’s also not something I’m even going to tell people to do just so they can kind of enjoy this speaker a little more.

Google Home is a big beta, and I’m tired of it.

I look forward to seeing Google’s Home team sprint on support, because the things Home does right now it does fairly well. I can use more natural language when controlling my smart home tech, the speaker quality is nicer than Echo, and what Google services I have access to right now I mostly enjoy. The next step is the hard one, and I’m going to sit here and watch as this little speaker learns some new tricks before telling people to add one to their lives.