Ubisoft is no stranger to producing poignant on the surface, but ultimately vapid marketing for its hacker-centric Watch Dogs series. And the latest example of that is a selfie analyzer for the upcoming sequel. The pitch is that your self-portraiture reveals a lot of hidden info about you, and uploading a picture to the web app will reveal it. Stuff like your age, what your picture says about you to employers, financial institutions, pharmaceutical companies, political organizations and police databases — info based on details in your photos. That’s in theory, of course. In practice the results don’t pan out so well.

A handful of the Engadget crew tried it out and the results didn’t exactly instill a lot of worry. For example, it identified most of us as a “bully” in terms of what an employer might think — something that the sample picture from Ubiblog was classified as, too. It was also hilariously inaccurate at guessing age and how a bank might view you. Uploading my non-smiling byline pic gave me the same result as a photo I took of a friend grinning like an idiot: “Financial institutions see: A million dollar smile. Your selfie is like driving up to a bank in a luxury car. The moneymen could pounce, stopping at nothing to ‘diversify your portfolio’ while emptying your pockets.”

It works a bit better than the machine recognition software Microsoft has released to the web, but that isn’t saying much. In a vacuum the Watch Dogs app is kind of neat, but the seams are pretty blatant once you start testing for them. It’s a safe bet that if the government has a version of this (let’s be honest, it probably does), that it’s much more robust. But, for now maybe rest easy about a marketing company making an online ad, starring you, like the one below. 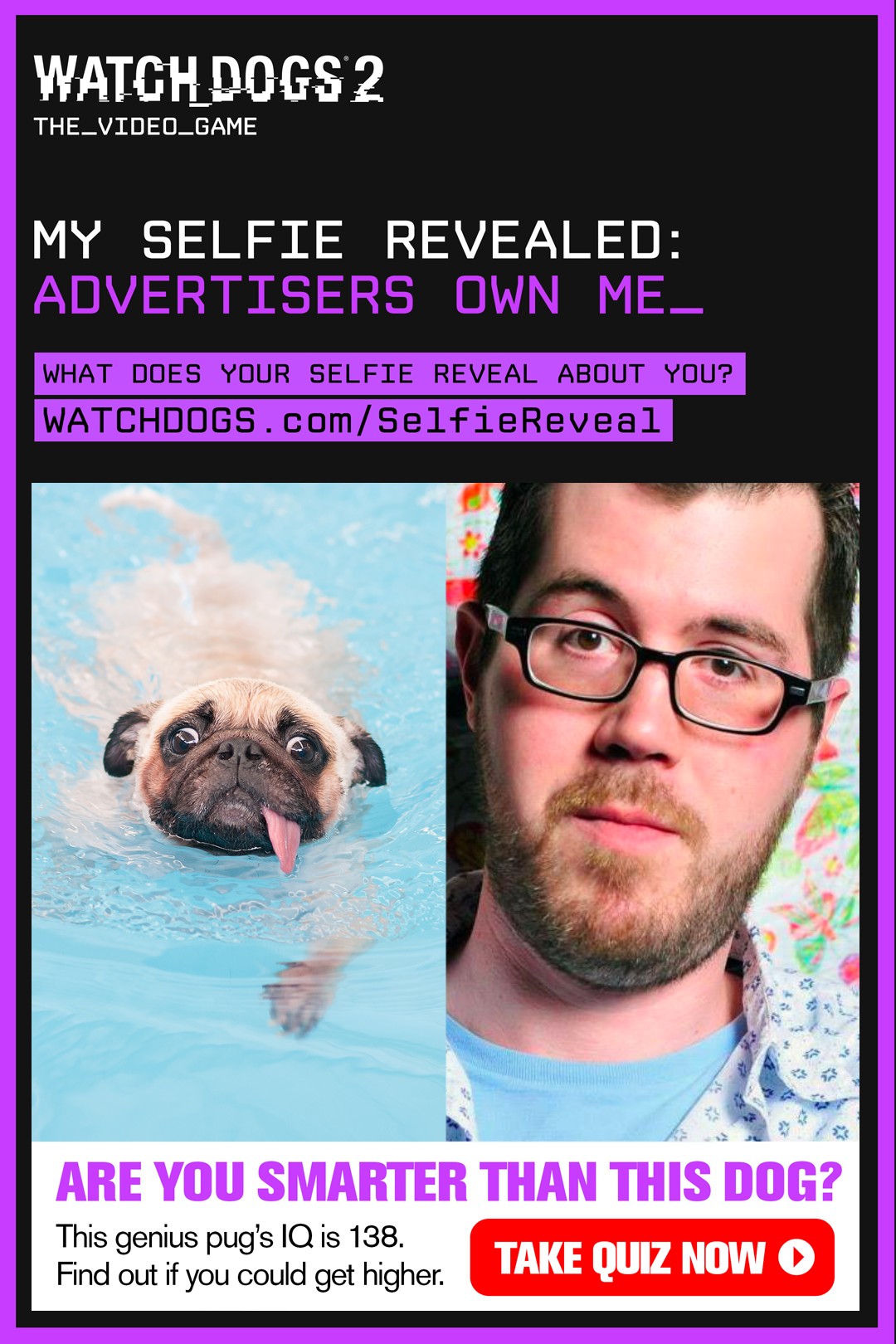