The holiday shopping season is a mere four weeks away, which means that tech companies need to get their products out, stat. We’ve already seen launches from Google and Apple, but now it’s time for Microsoft to unleash the gadgets you’ll be lusting after this December. The rumor mill has already given us clues as to what we might see at the company’s big reveal later this week (and no, a Surface Pro 5 probably isn’t on the menu). We’ve rounded up the likeliest bets here. Have a look, pre-order some popcorn and then prepare to follow along with our liveblog as it unfolds on Wednesday.

Following a sluggish start, Microsoft’s Surface line of Windows devices has become something of a blockbuster. Sales of the Surface Pro 4 and Surface Book are now close to making the division a billion-dollar business for the historically software-led company. That’s why it’s no surprise to see hints that Microsoft will add yet another device to its burgeoning hardware lineup.

According to ZDNet’s Mary Jo Foley, the company will use the event to showcase a product called “Cardinal” that will operate as an all-in-one PC. It’s not clear how this unit will work in the real world, although Windows Central theorizes it’ll be a large, tablet-like device that can be used as a display or as a desk. Patent drawings (pictured above) suggest an all-in-one PC that’s part iMac, part Wacom Cintiq pen display, and part home theater. That patent, however, relates to a modular device that could be augmented with add-on units, perhaps like Acer’s Revo Build PCs.

Foley understands that Cardinal will be sold in a variety of different screen sizes, ranging from 21 inches all the way up to 27. Alternatively, the device could be marketed as a scaled-down version of the company”s Surface Hub, with a giant touch display for museums and businesses that want more than just a whiteboard. Given how the Surface Pro 4 and Surface Hub allow for precise input, that Cintiq comparison might be quite relevant.

Fans of existing Surface devices may be disappointed on Wednesday, as rumors suggest there will be no Surface Pro 5 or second-generation Surface Book at this week’s event. Instead, those two devices will get their own flashy launch party in early 2017, in time for a spring or summer ship date. That said, the company may incorporate a spec bump into the existing models to accommodate Intel’s latest Kaby Lake seventh-generation Core processors.

It would be a massive surprise if Microsoft also used this event to trot out the long-rumored Surface Phone. The company seems to have all but given up on mobile at this point. Indeed, that rumored Lumia follow-up has reportedly been pushed back to 2018, if it’s ever released at all. Given how the smartphone world is currently atrophying, it seems like the company should stop wasting time and money on a device that stands little chance of stealing market share from Android and iOS. 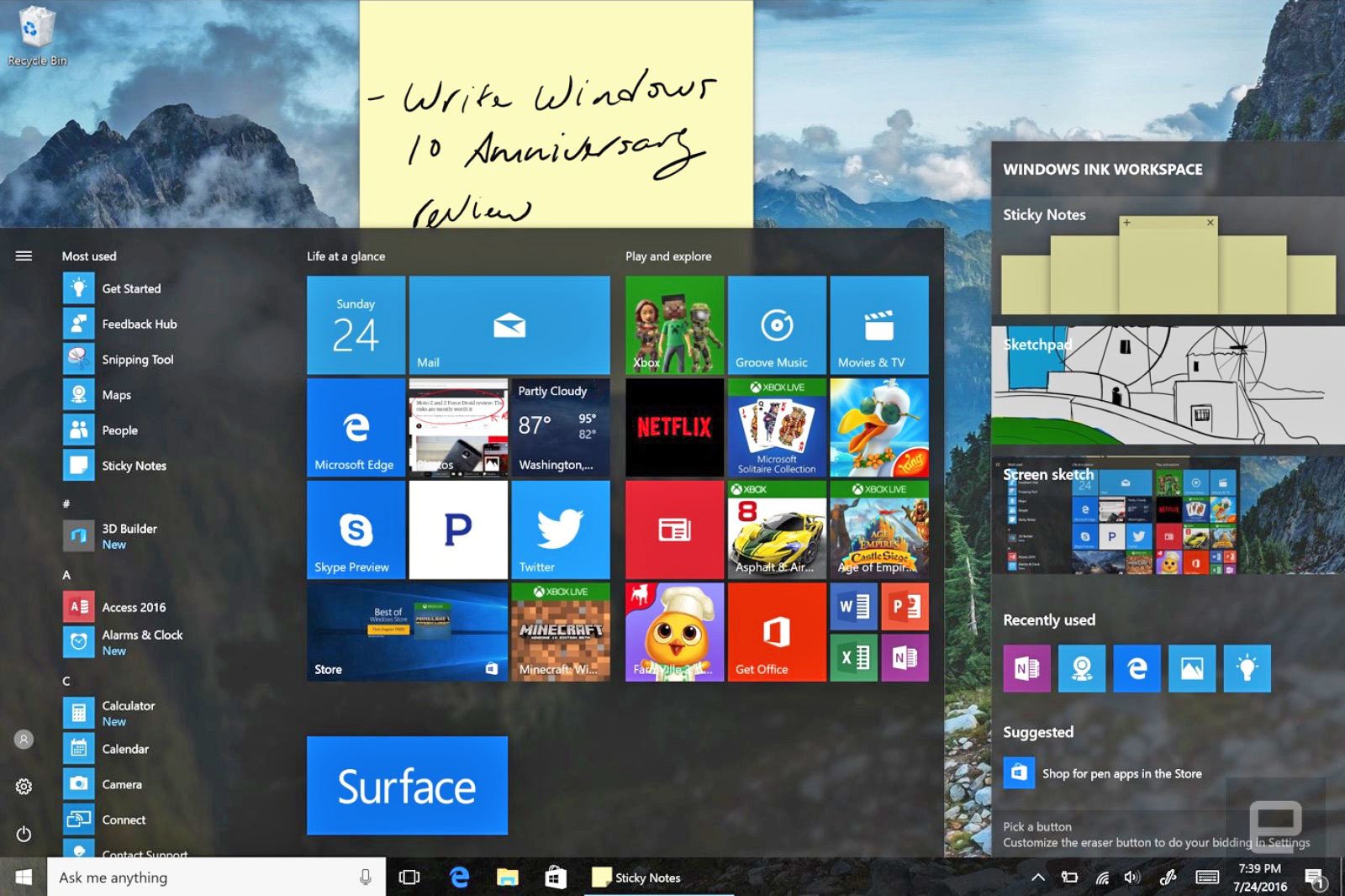 Windows 10 is expected to be the focal point of Wednesday’s event — it is, after all, the glue holding together the company’s hardware lineup. That said, it looks as if Microsoft won’t have anything too earth-shattering to show off. Windows Central and ZDNet believe that the bulk of the conversation will center on the so-called Redstone 2 update to Windows 10, which is due early next year. The update mostly provides minor improvements to the OS, including enhancements to the camera app and better drawing support for Windows Ink. But those may become headline features if the Surface all-in-one is geared toward creative professionals, like graphic designers.

The company may also want to use the event to remind customers that it’s cleared the way for legacy Windows apps to come to Windows 10. As VentureBeat reported back in September, Win32 apps and games are slowly filtering into the store now that the company’s Desktop App Converter is available. That tool can pull older Win32 programs and repackage them for the firm’s newfangled Windows Universal Platform.

One thing we’re certain we won’t hear is any serious discussion of Microsoft Office, mostly because Microsoft is planning to put on a separate keynote dedicated solely to its productivity suite. The week after this consumer-focused shindig, the company will host a media event in Manhattan exploring how Office can “empower every team to achieve more.” 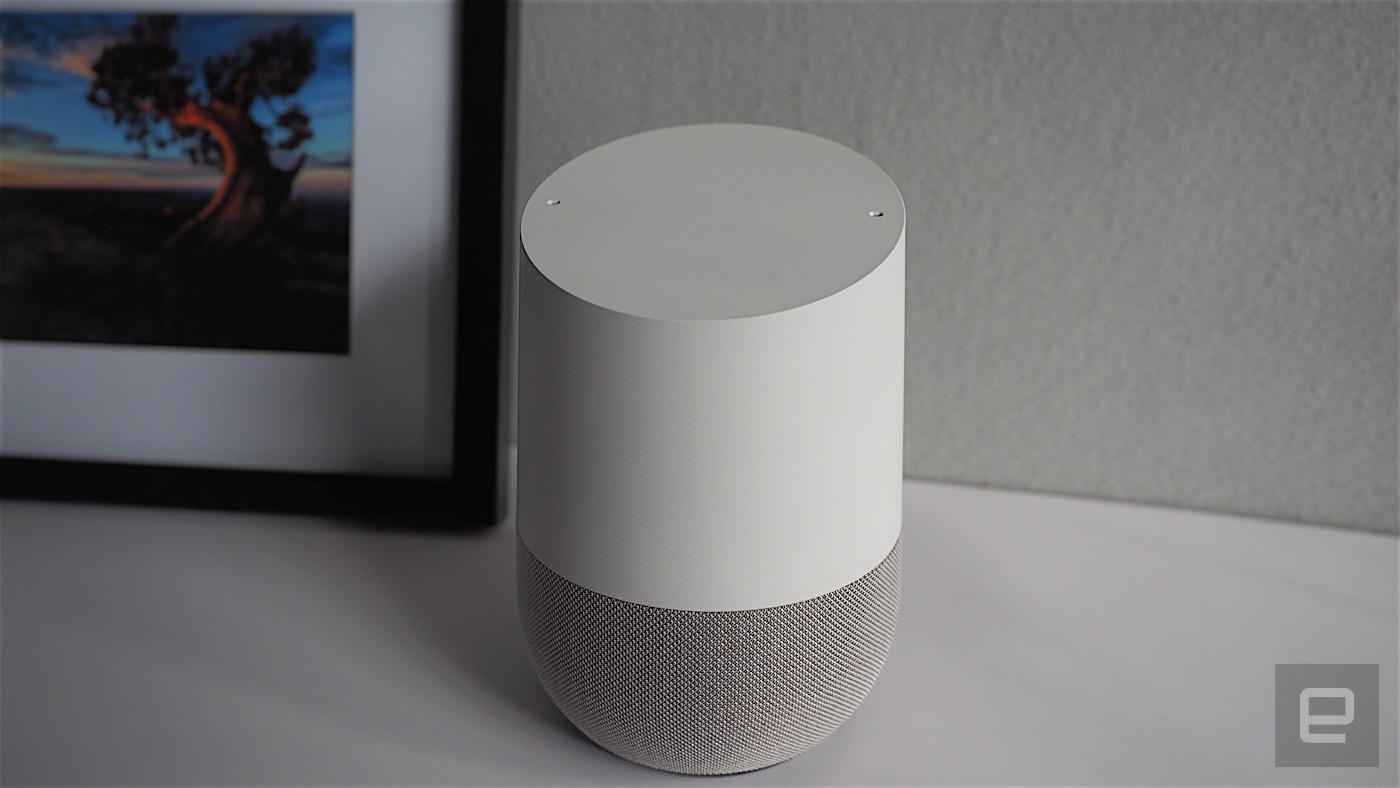 Windows Central believes that the company is working on a competitor of some form to go up against Amazon’s Echo and Google Home. The device is reportedly called Home Hub and would work with smart appliances, control your calendar and answer search queries. The evidence here is admittedly thin, but unveiling a product to take on Amazon and Google would indeed make sense for Microsoft.

After all, voice-based interfaces are all the rage right now, and the Echo has been out for months now. Then there’s the fact that the company has recently spent a lot of time and money developing a speech recognition engine that claims to listen as well as a human being.

Unless the company completely reverses course, we can rule out any mention of wearables at the show. Microsoft killed off its fitness-tracking Band at the start of October and though the Band 3 showed up in leaks, it’s apparently on ice. There’s been no substantive talk of a follow-up device either, and so it looks as if Microsoft is making a hasty retreat from people’s wrists — at least at the moment.

We’re also not expecting to hear too much about the company’s plans for the Xbox and HoloLens. While there should be plenty of talk about the potential of these two platforms, there’s no suggestion that new hardware is coming. Think: third-party tie-ins, commercial partnerships and perhaps yet another trailer for Infinite Warfare.

Last year, Microsoft’s late-fall event was a showcase for all the things that Microsoft itself was working on, from tablets to HoloLens, to wearables and phones. Though it now produces hardware itself, the company still has hundreds of device partners it relies upon to spread the gospel of Windows. Mary Jo Foley believes that, as a subtle mea culpa, Microsoft will cede some of the event time to its frenemies in the hardware world.

Read more from News
Microsoft, News
← You can still buy the Note 7 in Hong Kong, but you shouldn’t
Vulnerable webcams used in major internet attack recalled →