Apple releases iOS 10.1, adds Portrait mode to the iPhone 7 Plus

The Portrait mode for Apple’s iPhone 7 Plus has been in the works for months, and now it’s ready for the masses… sort of. 7 Plus users running beta software have been able to shoot photos full of artificial bokeh for over a month now, but Apple just pushed out its iOS 10.1 update and Portrait mode came along for the ride. Now, here’s the thing: even though you don’t need to be enrolled in the iOS beta program to use the feature anymore, the feature itself still isn’t completely done. Once the update is installed, the camera app asks if you’d like to “try the beta” when you swipe into the new Portrait position.

Our professional recommendation? Dive right in. Portrait mode might not be completely complete, but it’s still capable of producing seriously nice headshots. In case you missed it the first time around, the feature uses the iPhone 7 Plus’s two cameras in tandem — the primary 12-megapixel sensor captures the image as normal, but the second, wide-angle sensor is used to determine how far away the subject is. All of that data gets mashed up into a nine -layer depth map, providing the context needed to artfully blur out backgrounds while keeping faces and subjects closer to the phone remain crisp and intact. Apple’s goal was to build a dead-simple photography experience that yields pictures that look like they were shot on expensive SLR cameras, and for the most part, Apple’s work is very impressive. 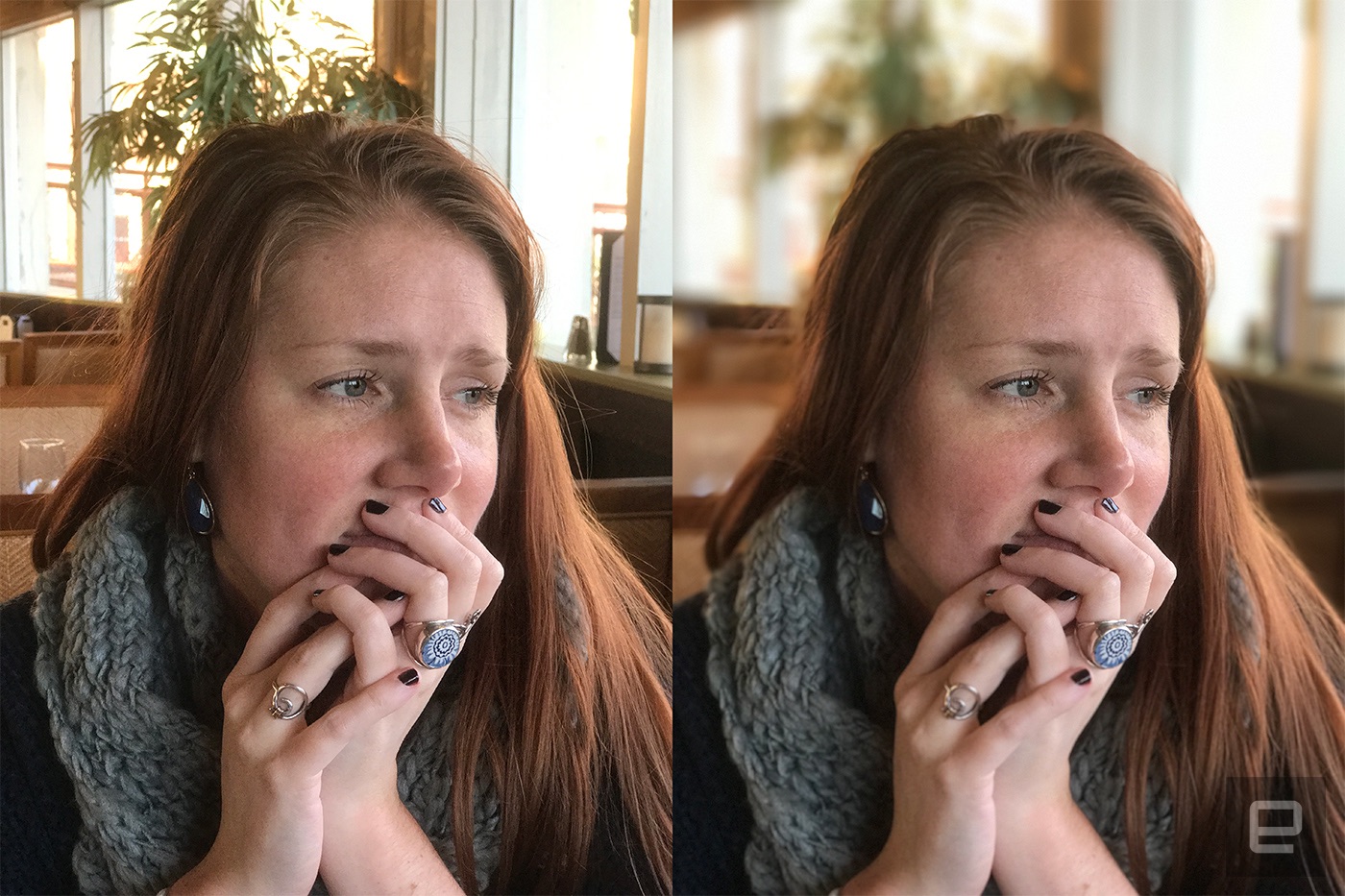 This photo represents well the sort of quality you can expect out of Portrait mode: the focus stays locked on the face and hands, and the windows in the background are blurred pretty dramatically. Thanks to that nine-layer depth map, you can see areas where blurring is very subtle, like the top of the subject’s head and the bottom of her scarf. 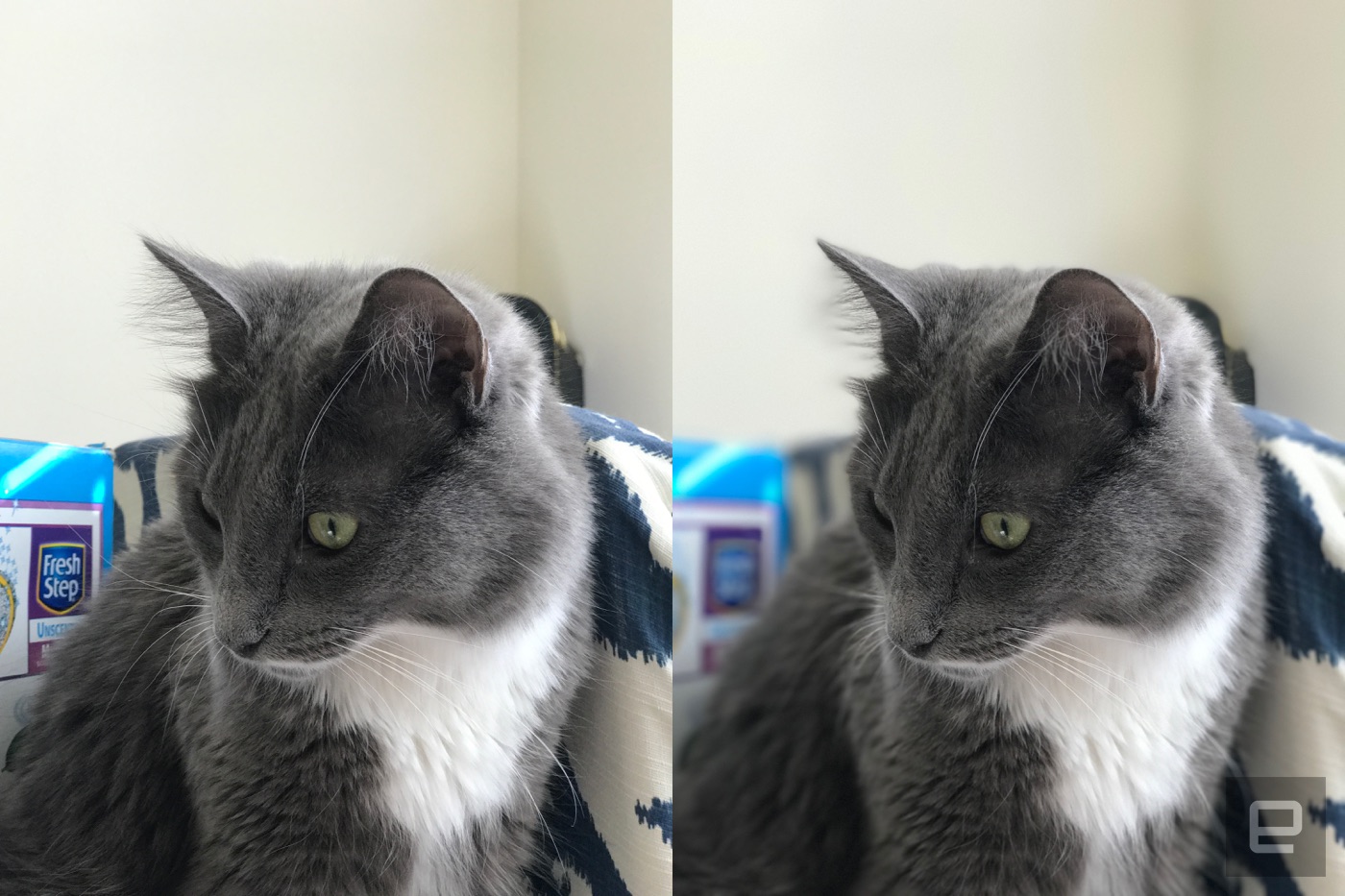 You don’t need to take photos of people to get some mileage out of Portrait mode, either. Have cats prancing around? Or a sweet new mug you need to share? In my experience, as long as you’re within proper range (the app tells you when you are) and there’s enough contrast between the foreground and background, you’ll get that pleasant background blurring.

It’s when you’re in well-lit environments with lots of similar colors that Portrait mode seems to have trouble — that’s often when you’ll see edges blurred when they shouldn’t be. Just check out this photo of a cactus precariously perched on a railing. The camera didn’t have trouble differentiating between the cool blue of the pot and the trees in the background, but it obviously had trouble telling where the cactus ended and the trees began. 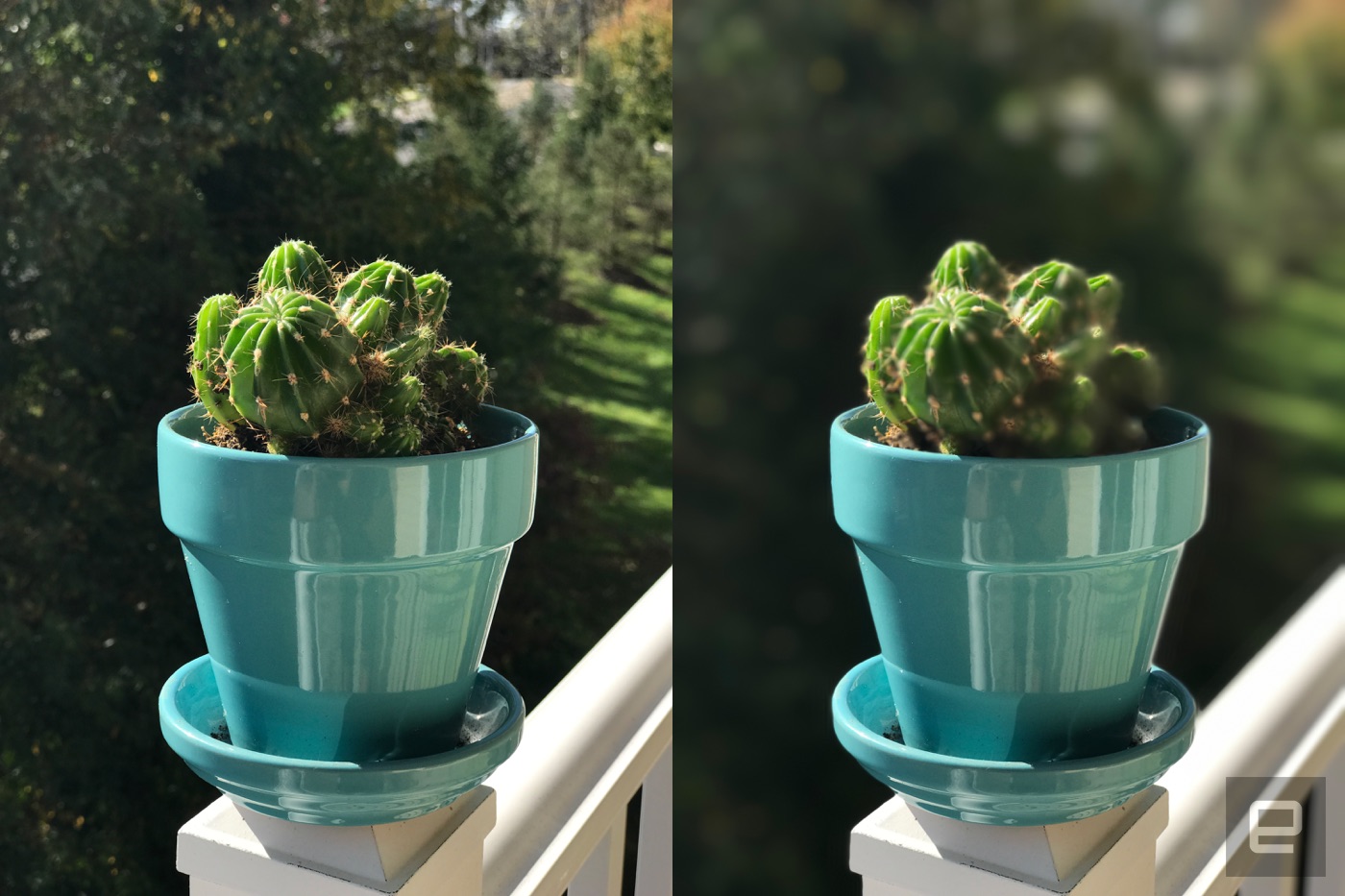 These disappointments are rare, though, and will probably get ironed out as people continue to put Portrait mode through its paces. Most of the big problems have been solved — now Apple just has to focus on the fine-tuning (which is obviously easier said than done). At this point, Portrait mode is still far from perfect, but there’s a lot to like about just how simple it is to use. It’s fast, it’s impressive and it’s only going to get better with time. Interested in taking it for a spin? Jump into your iPhone 7 Plus’s settings and mash that software update button — it’ll show up sooner or later.

Read more from News
Apple, Camera, mobile, News
← Google’s VR future includes a headset that tracks your eyes
You can still buy the Note 7 in Hong Kong, but you shouldn’t →