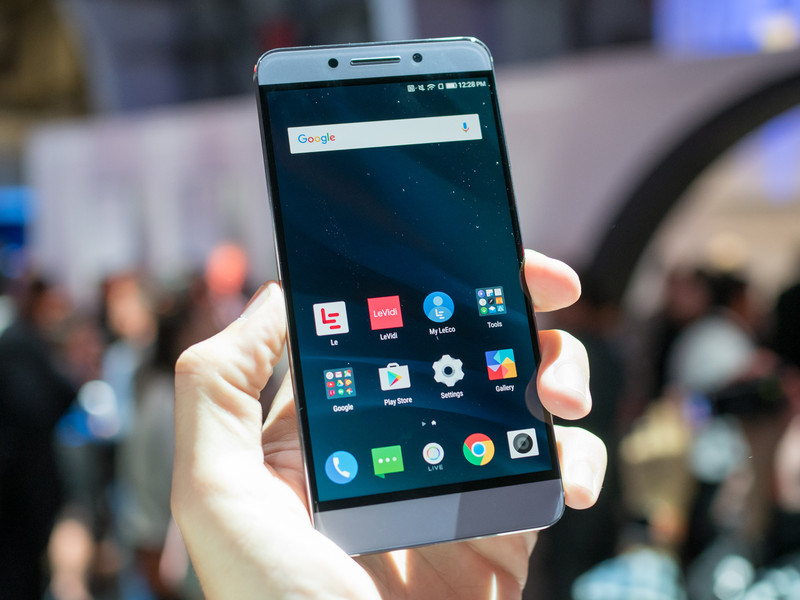 Without its content offerings, the LeEco Le Pro3 is just another cookie-cutter smartphone.

How does a manufacturer make its generic-looking smartphones enticing to the general populace? For LeEco, the answer is stuffing its first two U.S. smartphone releases with an abundance of internet TV channels and what seem to be direct-to-video movie releases.

LeEco failed to explain why anyone would choose it over Hulu, Netflix, and Amazon Prime Video.

This is not a viable marketing strategy for a phone company that’s brand new to the U.S. Throughout its nearly two-hour presentation, LeEco showed off lots of product, including its flagship, the Le Pro3, and its mid-range counterpart, the Le S3, both of which come bundled with promises of bountiful content availability. However, LeEco failed to explain exactly why anyone would choose its offering over what’s already available. Hulu, Netflix, and Amazon Prime Video are all alive and well. The Chinese device maker is planning to compete in an already saturated market.

What’s more: Despite the fact that Google’s been strong-arming software updates and ensuring that legacy devices are supported with security patches, there was no promise from LeEco that it would do the same. With regards to its smartphones, LeEco’s strategy seems to be to push its vast library of content while ignoring what it is that brought us all to Android in the first place: the software.

Internet TV is as bland as it sounds

Internet TV is not the same as cable television. I say this as a loyal watcher of Pluto TV, one of the best internet television apps. I like to put it on the Late Night channel as I’m getting ready for bed to catch up on Jimmy Kimmel and James Corden. It’s become a nightly routine for me, but I don’t see myself doing the same with either the Le Pro3 or Le S3.

The content offered by LeEco is slim at best. First off, there are four different applications that all offer a variance of the same content: LeView, Le, LeVidi, and Live. Le is the live video app, while LeVidi offers all of LeEco’s movies and television content on demand. LeView is a video aggregator affixed to the far left side of the home screen and Live is merely a quick launch icon for Le that lives permanently in the dock. 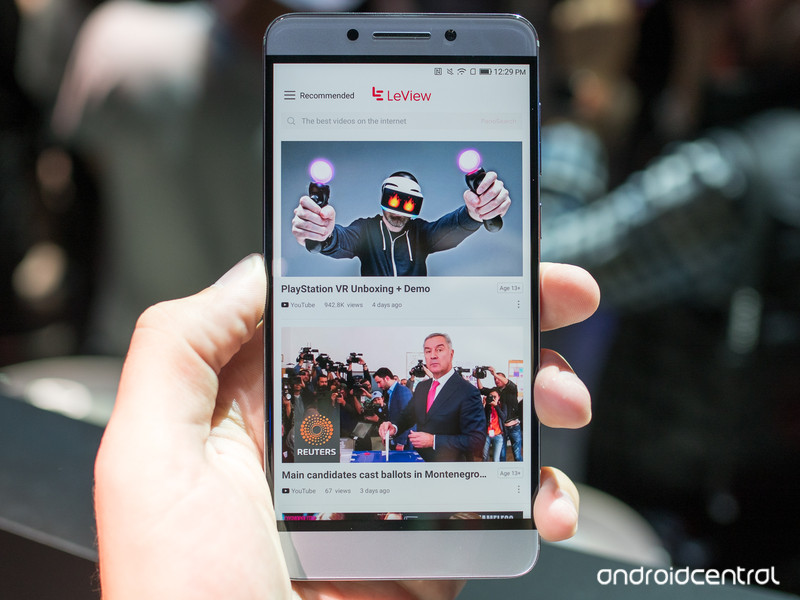 If this all sounds confusing, that’s because it is. There are ostensibly four ways to consume LeEco’s content library, though only two of the apps are worth using: Le and LeVidi. Le offers a live television view, like if you were to launch the channel list option on your satellite or cable television receiver, while LeVidi looks and functions like Hulu, though it offers links to live feeds from time to time. The app also offers quick access to content from providers like Tastemade, SeeSo, and Machinima, as well as well as links to movies from partners like Lionsgate and MGM. Most of the movie offerings look like the kind of titles I’d typically skip over on any other streaming service, but I don’t doubt that there are at least a few gems buried in there. 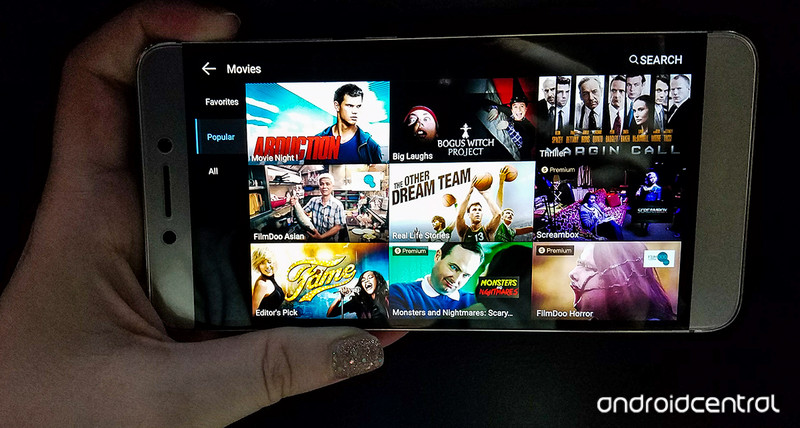 Unfortunately, I didn’t have much time to delve deeply into LeEco’s media library, but I can say that I was dubious about what I initially saw. Much of the content reminds me of what free apps like Crackle and Tubi.tv offer, and I don’t bother with those services because I already know what I’m paying for with Netflix and Hulu.

Here’s the other kicker: You actually have to pay for all this content after your initial three-month trial period is up

Here’s the other kicker: You actually have to pay for all this content after your initial three-month trial period is up. A subscription to LeEco’s EcoPass is required to continuing using the aforementioned apps, though you get a couple of other goodies, too, like 5TB of cloud storage and extended warranties. LeEco hasn’t released details on how much the EcoPass will cost yet, but I imagine that whatever the going rate is will cover subscriptions to services like Seeso, which is typically included with an Amazon Prime subscription. Expect EcoPass to cost around the same as an annual Netflix subscription, too.

Let’s forget for a second that the launches of the LeEco Le Pro3 and Le S3 are centered around their seemingly abundant content offerings. Would you still be interested in one as your daily driver? What if I told you that both of these devices are still running Android 6.0.1 and that they both eschew any semblance of Google’s stock Android interface in favor of a candied, millennial-esque aesthetic? LeEco’s EUI (ecosystem user interface) looks similar to what Xiaomi does with MIUI and Huawei’s done with EMUI, albeit mercifully doesn’t add the pile of features and apps that the other companies do — the main features of EUI are the content selection and seamless interaction with other LeEco products.

I understand that LeEco wants to differentiate itself, but there’s a way to do so while also offering an interface experience that’s close to Google’s. OnePlus is the perfect example of this with OxygenOS; it sticks to Google’s native Material Design paradigm while also tossing in extra features that make it an Android interface worth considering. 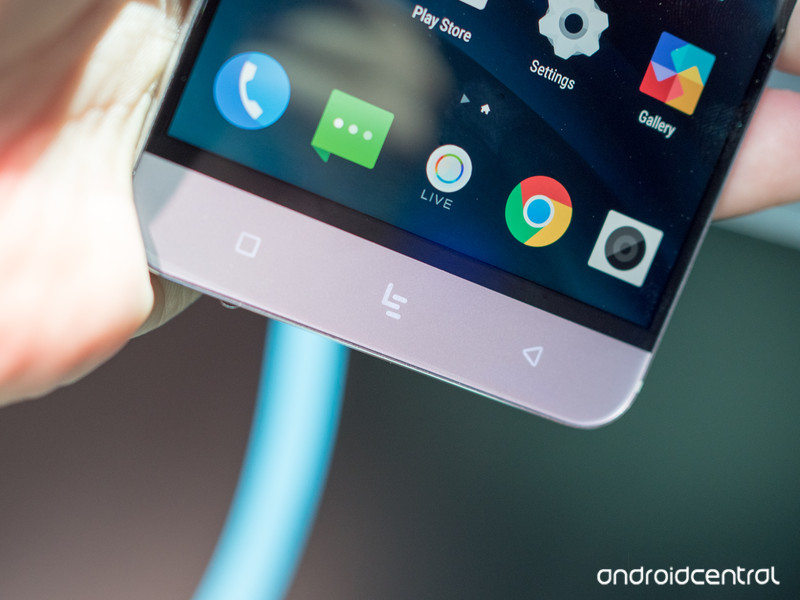 LeEco’s content offerings are compelling to some extent, considering the wide variety of videos offered — but the content offering alone is not enough to warrant the price of the Le Pro3 or the Le S3, which taken in a vacuum aren’t all that interesting themselves. Then you remember that the LeEco content requires a (currently unknown) monthly subscription fee.

LeEco is not exactly raking in subscriptions overseas, either, so it’s unclear as to why it’s marketing content as its marquee feature in the U.S. in the first place. Regardless, this strategy isn’t likely to work well in the U.S. where consumers have recently been trained to fear data-hungry services that will eat into their capped mobile data buckets.

LeEco has quite a journey ahead of it if it plans to make an impact stateside. I’ll be curious to spend a weekend with nothing but LeEco content to entertain me. Maybe then I can be convinced that this is the future of content consumption, and a feature worth buying a phone to get.