The Good The $40 Amazon Fire TV Stick with Alexa Voice Remote is one of the least expensive devices to stream video from Netflix, Amazon, Hulu, HBO, Sling TV and other online services. It’s just as responsive as other devices, meaning it’s lightning-fast, and charges less for an included voice remote.

The Bad The current user interface pushes Amazon content too aggressively. Alexa is less useful than with always-on devices. There’s no dedicated app for any other a la carte video service beyond Amazon’s.

The Bottom Line The fast, affordable new Fire TV stick is great for fans of Amazon who’ll use its voice capabilities, and an excellent value, but it’s still not as good as Roku.

The cheapest, the Fire TV Stick with Alexa Voice Remote, costs just $40. It’s always on but not always listening. Instead, it requires your TV to be powered up and you to talk into the remote while you hold down, er, Tap, the mic button.

Once you do that, the Stick behaves just like any other Alexa device. Her sorta-robotic female voice replies to questions like “What’s the weather?” or “How much does the sun weigh?” via your TV’s speakers (unlike Siri on Apple TV, who remains silent for now) and an on-screen message. She can turn on the lights, set the thermostat or otherwise interact with any other Alexa-compatible device in your home.

That’s not why you’re buying one, however. For most people, Alexa on the Fire TV Stick will be an afterthought. The Stick’s main schtick is streaming video, just like its predecessor, which cost the same and also worked with Alexa, but didn’t include that voice remote.

The new Stick is faster and remains an excellent value with plenty of content. It’s a no-brainer buy for heavy Amazon video watchers and people who prefer talking rather than pressing buttons. But compared to rival Roku, whose $50 streaming stick is our favorite such device, the new Amazon stick currently falls a bit short.

The main reason is the on-screen user interface, which still relentlessly pushes you toward Amazon’s TV shows and videos rather than provide the equal playing field for all apps (like Netflix, YouTube, Hulu, WatchESPN, Sling TV and countless others) that Roku does. The new Amazon Stick is just as quick as Roku’s stick, and its voice capabilities run circles around Roku’s, but for now it’s not as good unless you already get most of your video from Amazon anyway.

Why do I say “currently” and “for now”? Amazon will soon give all of its Fire TV devices a completely overhauled menu system and user interface (above). It will roll out first to this product by the end of the year, then make its way to older Fire TV models like the 4K-capable Fire TV box (which remains on sale at $100). For that reason I’m not going to say much about the current menu system (detailed here) in this review.

I will update this review when the new system becomes available and I can test it. In the meantime, here’s my take today. 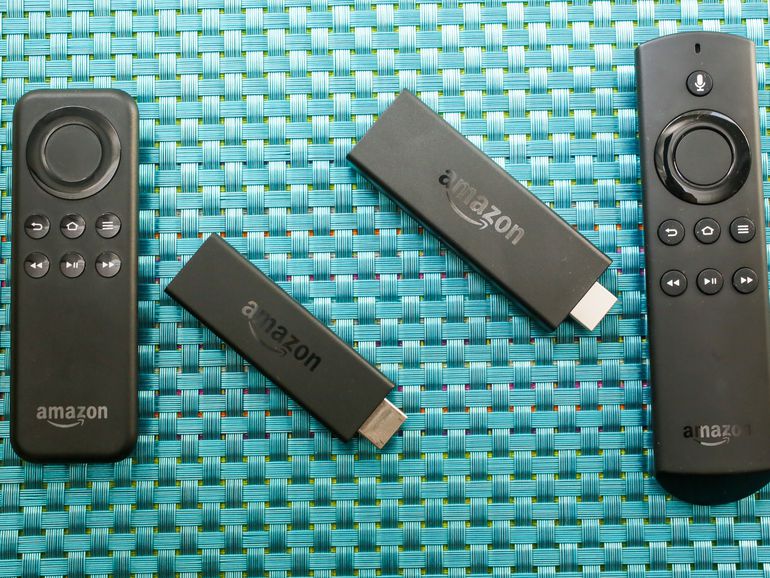 The original $40 Fire TV Stick (left) is a bit smaller than the new one, and doesn’t include the voice remote.

In my book smaller is better for pretty much any tech device (that doesn’t have a screen). The stick form factor slims streaming down to the bare minimum, allowing the device to hide discreetly behind the TV. The only real downside compared to boxes like the $100 Fire TV, Apple TV or Roku’s boxes is lack of ports like Ethernet (although Google’s Chromecast has a clever solution), MicroSD, USB and optical audio.

Unlike many of streaming boxes the new Fire TV Stick has 1080p resolution, not 4K. The only mainstream 4K stick-like streamer is the $70 Chromecast Ultra. Like the 4K-capable Fire TV box the new Stick does have HEVC decoding, so it can take advantage of that superior compression format to enable better image quality and use less bandwidth, even with 1080p streams. Amazon has re-encoded its entire video library to HEVC.

The newer version of the Fire TV stick is a bit chunkier than the original but still plenty small. If the back of your TV is too cramped to accommodate it, you can use the included “port saver,” a short female-to-male HDMI adapter included in the box (Roku’s stick doesn’t include one). 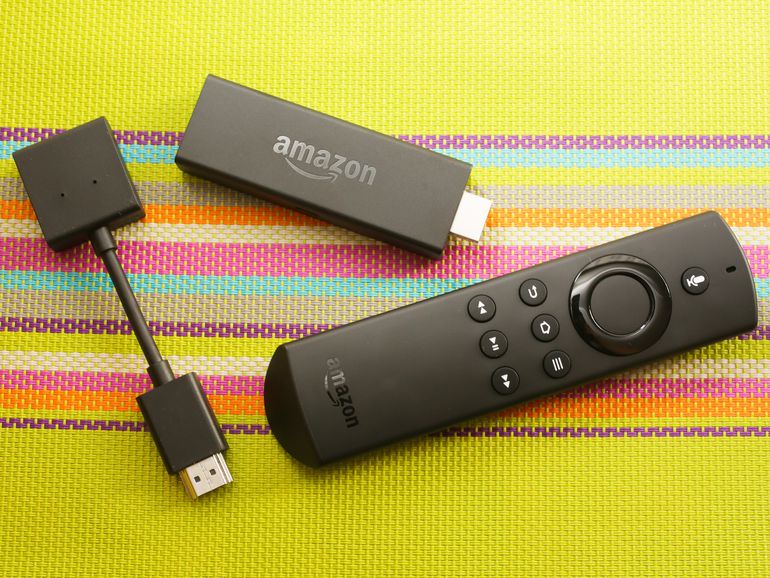 Compared to the original, the new Fire TV Stick improves the Wi-Fi capability from 802.11n to 802.11ac, and adds the ability to connect a set of Bluetooth wireless headphones for private listening. I had no issues connecting to either 2.4GHz or 5GHz networks, and both of the headsets I tried (a Polk Hinge and a Motorola SF520) connected easily and showed good-enough lip sync. Lip sync issues can vary on different Bluetooth headphones, however.

Like other sticks Amazon’s power can come from a standard AC wall socket via the included adapter and cable, or from a USB port (typically on the TV). I recommend using the wall socket since it allows the stick to remain in standby, ready to go immediately. Using USB power from a TV means you’ll have to wait around 40 seconds for it to boot up each time. At least that beats the original stick, which took 110 seconds to boot up. 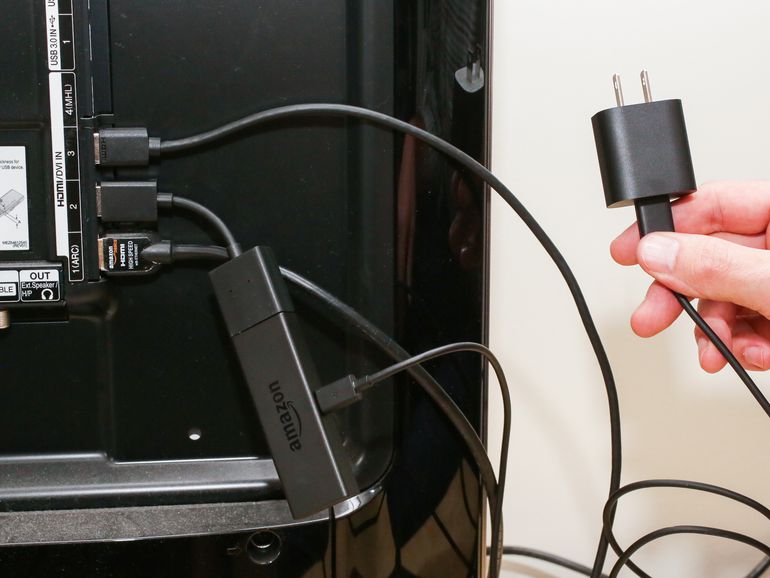 Amazon claims a 30 percent boost in speed compared to the original Fire TV Stick thanks to a new quad-core processor, and comparing the two directly the new version is certainly faster in many ways. That said, the improvement isn’t so stark that current Stick owners should feel compelled to upgrade.

The most popular apps provide the biggest differences. Netflix launched twice to three times faster, while YouTube launched about twice as fast. Browsing Netflix was about the same on both devices, although while YouTube’s browse was a bit pokier on the old one.