There are so many Windows-powered tablets that connect to slim keyboard covers that we’ve taken to calling them Surface-alikes, after the flagship Microsoft hybrid. But while most of the competing options cost less than the current Surface Pro 4, those systems, from Samsung, Asus and others, cut corners by relying on low-power processors from Intel’s Atom and Core M lines.

Acer is taking a different approach with its new Switch Alpha 12, a 12-inch hybrid first announced at the company’s New York press preview on April 21. The Alpha 12 uses current-gen Intel Core i3, i5 and i7 CPUs (like the Surface Pro), and has a 2,160×1,440-pixel resolution, which isn’t as high as the Surface Pro, but is in the ballpark. 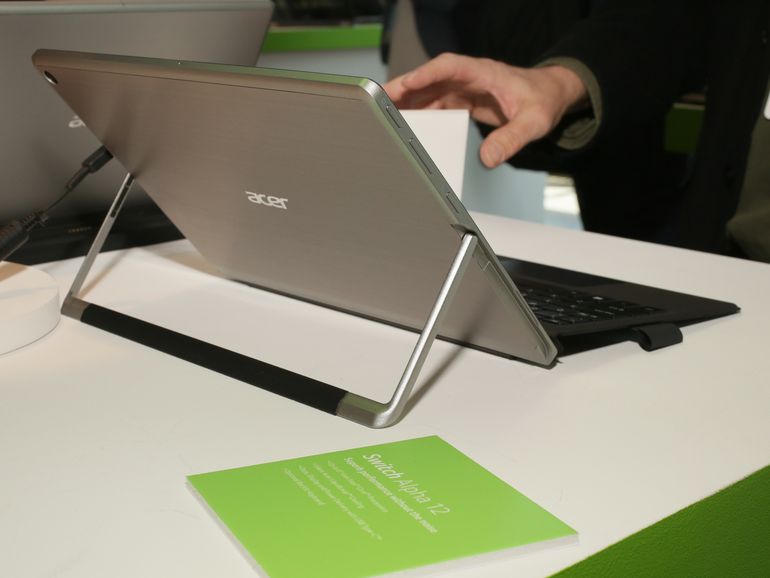 More importantly, the Alpha 12 comes with its magnetic keyboard cover included in the box, whereas the Microsoft version is an extra $129, no matter which base model you buy. That’s especially important, as the Switch Alpha 12 starts at $599 in the US, presumably for a Core i3 configuration.

It’s also very quiet, as this is a fanless design, something we usually only see in very low-power Core M systems. That’s accomplished by way of a small liquid-cooling component that pulls heat away from the CPU. Acer calls it the LiquidLoop Cooling System, and while it’s not as robust as the massive liquid cooling systems in some gaming PCs, it’s an interesting way to keep a slim tablet cool without fans. 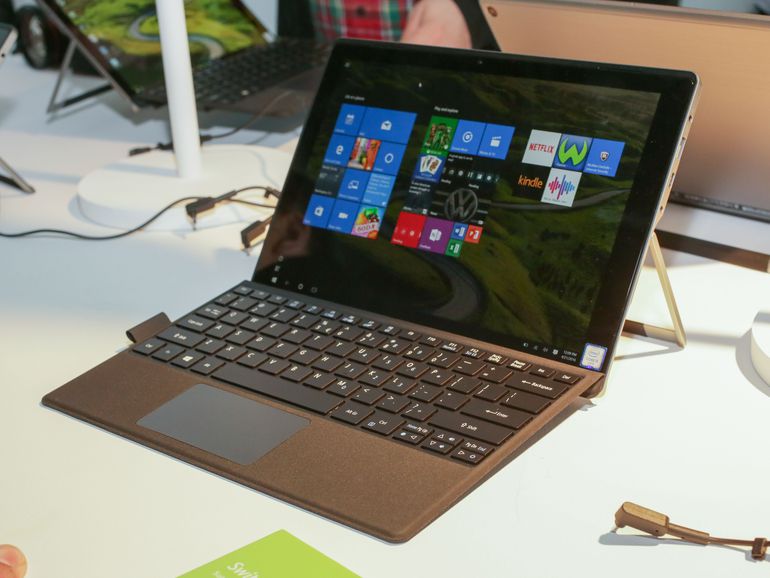 In my brief hands-on time with the Alpha 12, I liked the U-shaped manual kickstand, which you deploy by simply pulling it out, unlike with some other hybrids which rely on twitchy buttons and latches. On the demo unit I tried, the magnetic connection between the keyboard cover and the tablet was also very strong. So much so that it was hard to pull them apart. That’s good for security, but can also be a hassle if you want to go tablet-only on the fly.