MakerBot has had its fair share of woes lately, but the company isn’t slowing down. It’s launching a whole bunch of products, including a printer, revamped software and new materials. The Replicator+ is available beginning today, for $1,999, which is cheaper than the company’s fifth-generation devices.

The Replicator+ can handle 25 percent larger build volume at a 30 percent faster print speed than prior models. It’s also 27 percent quieter than its predecessor. But those aren’t the only improvements.

The Replicator+ also has a new carrier that allows for more precise movements and finer prints. It will also have better print adhesion and breakaway supports to prevent you from destroying your product by tearing it off the print platform. The printer sports a flexible build plate as well. All Replicator+ units will ship with the company’s Smart Extruder+, a more reliable printing head. 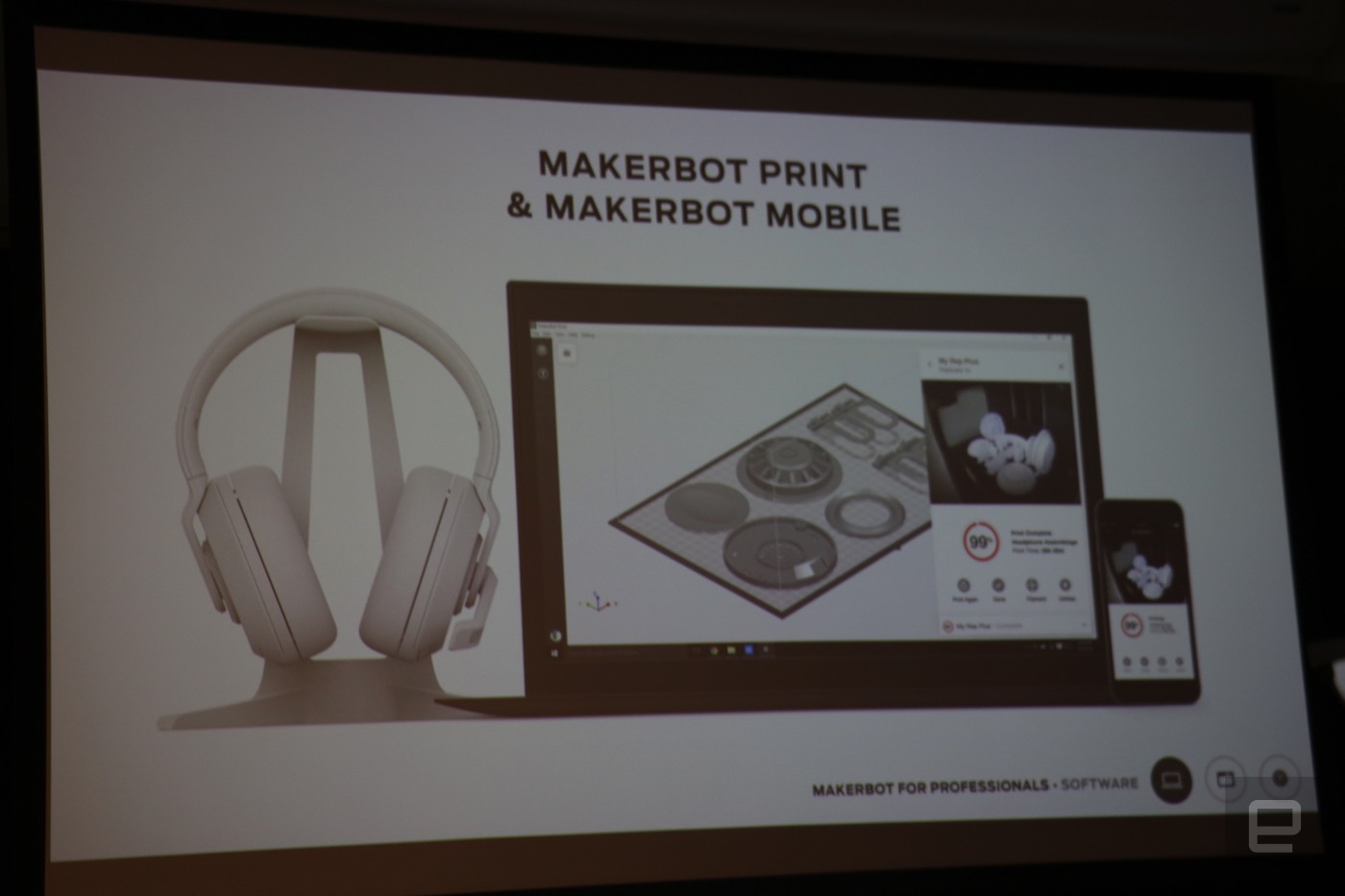 MakerBot also launched a new software app called MakerBot Print, which will be available on desktop and mobile devices. Print is designed to improve workflows by getting rid of the need to convert CAD formats to the company’s native version, as well as removing the print prep step. It’ll also let you print from a single computer to multiple printers and queue jobs.

The new software supports more than 20 CAD formats so you can go from authoring to prepping and printing without having to keep converting. Print will also help you lay out parts on the build plate, optimize slicing for better output quality and also lets you watch your printer’s progress from your computer.

MakerBot also introduced a new material it’s calling Tough PLA, which is a stronger version of the existing PLA filament. With that, the company’s library of materials makes it possible for you to produce stronger, more realistic prints.