The Good The new Apple Watch is faster, has a far better OS, onboard GPS, a brighter display and is waterproof to 50 meters in salt or fresh water.

The Bottom Line The Apple Watch returns in a made-for-sports upgrade that adds swim functions and GPS, but anyone who’s not a runner or swimmer should consider the Apple Watch Series 1 instead.

There is a watch-shaped ring around my left wrist, a permanent tan-line.

Not everyone likes to do this. But it’s helpful to have a watch be something that’s easy to use and just not worry about.

The Apple Watch Series 2 arrives a year and a half after the original Apple Watch first went on sale. Some things have changed: If you liked the idea of an Apple Watch before, this new version is seriously faster, has a brighter display and it’s a lot better for outdoor sports. 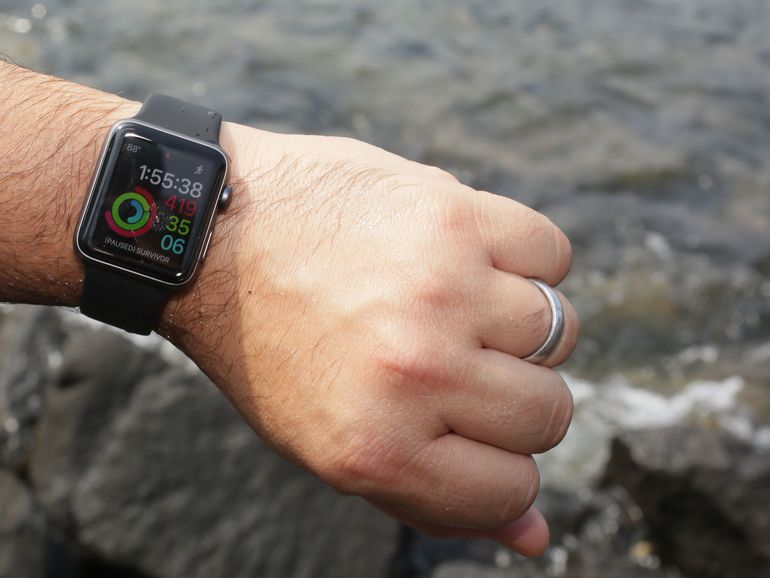 Other things remain the same. Its design and battery life are almost identical.

New software, WatchOS 3, is a great upgrade to the earlier Apple Watch experience. Like iOS 10, that’s a free upgrade to existing Watch owners, too — you don’t need to buy anything new.

But the combination of new hardware and software make a familiar-looking circle-in-the-square watch now feel like the smooth wrist companion it was always meant to be.

Keep in mind there are also special partnership watches with Hermes and Nike, both of which come with unique packed-in straps and pre-installed custom watch faces. My advice: Stick with the basic aluminum, especially if you’re looking for a lightweight fitness watch. 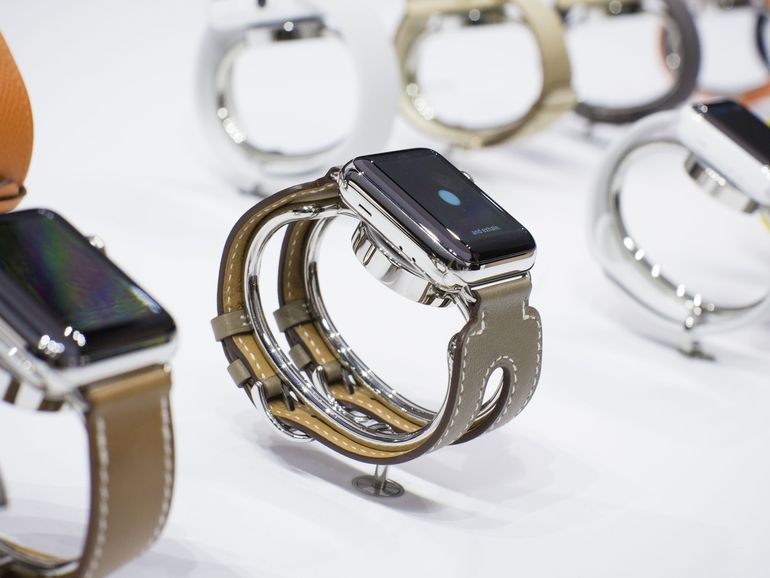 And there’s another purchase option, too. The original Apple Watch is still around, but with a bonus. Known as the Apple Watch Series 1, it’s the same basic hardware as the original, but with a new chip that’s said to be just as fast as the Series 2. It doesn’t have those same latest, greatest GPS and waterproofing features as the new model — it’s still water resistant for splashes and dunks like the iPhone 7, though — and it lacks that new brighter display. But it also costs less. (The original Apple Watch, though, has frequently been on sale for even less.)

I have a feeling that that new Series 1 Apple Watch may be the real go-to pick for a lot of people who don’t need GPS or swim tracking. Maybe it’s the watch everyone should wear.

Series 2 is my favorite Apple Watch, and it’s now my favorite smartwatch, too. But it’s still not everything for everybody.

But if you’ve been thinking of getting one and don’t have one, go for it. Or, update the software on your old Apple Watch and buy a new band instead. Or hang on for a comparative review with the less-expensive Series 1.

Oh, and by the way: Yes, you need an iPhone to use the Apple Watch, same as always. If you do have an iPhone, the best smartwatch you can get is the Apple Watch Series 2. 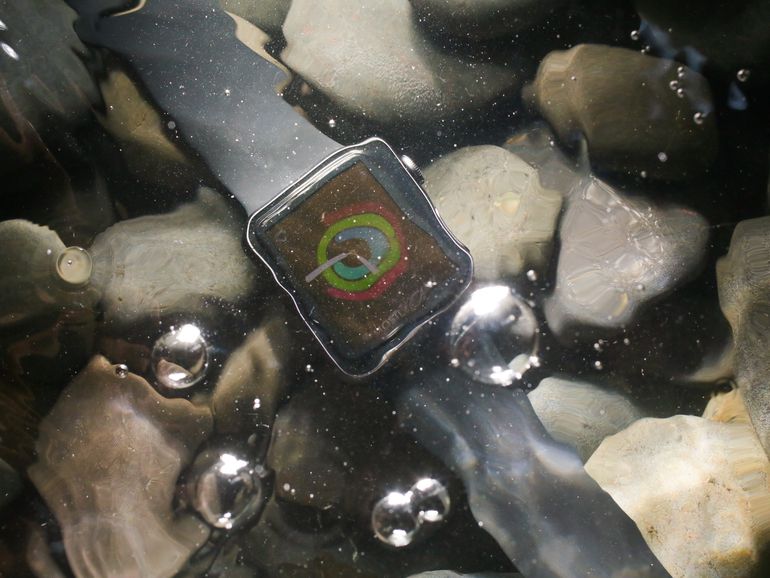 Water is no problem.

Swimproofing, and what it means

A growing batch of smartwatches and fitness trackers are toughening up, with water resistance starting to move from “nice to have” to “must have”. Apple Watch now leaps to the head of the pack with 50 meter water resistance. It’s also safe to take in fresh or salt water. Yes, that means the open ocean.

In fact, the Series 2 Watch can now record swim activity and estimated calories right in the Workout app. I, however, haven’t yet swam in the open ocean, or even in a pool. I did dip the watch into the East River briefly, and I’ve been showering with it. I’ve also been submerging it every chance I’ve gotten. But stay tuned for a real swim test from the CNET team in the near future because we intend to give it a deeper dive very soon. 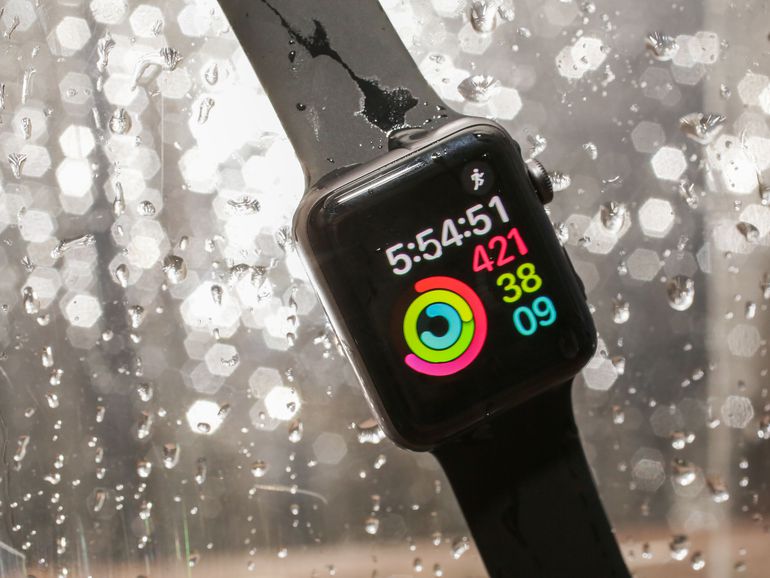 The Apple Watch Series 2 also has something that many activity trackers already pack. GPS tracking for runs happens automatically on Apple Watch, and it starts acquiring position once the iPhone is away from it. This is useful for runners because it means a map of your run can be stored to look at where you went, and how far you ran. And it means you can finally leave your phone at home during the run.

Apple’s GPS function in its included Workouts app stores the data as a map that can be opened in Apple’s on-iPhone Activity app. The map of your run is color-coded to show how fast you were moving.

I tried it on a bunch of walks, and it knew where I was through my whole walk. More impressively, it acquired my position quickly.

GPS isn’t supported in other apps yet, but it will be — including the constellation-locating Night Sky and the hike-tracking app Viewranger.

For runners, the Apple Watch Series 2 will be helpful — but keep in mind that with GPS on, battery life during workouts shrinks down quite a bit. Expect around 5 hours, or less when listening to music. No, that’s not a lot. Apple advises you deactivate heart rate for longer GPS-connected runs, but other GPS heart rate-enabled fitness watches like the Fitbit Surge last longer. Apple boasts a 1,000-nit display on Apple Watch Series 2, up from 450. That’s seriously bright, and in the most intense sunlight in the middle of a 90-degree day in midtown NYC it was perfectly readable.