The best tech and apps for your home office

By The Wirecutter Staff

You don’t need the thinnest, lightest, or most elegantly designed items for your home office. You want reliable, comfortable, efficient tools—but it doesn’t hurt if they look nice, too. That’s why a team of three experienced remote workers spent more than 150 hours researching and testing new gear and apps, and picking the most office-friendly items from The Wirecutter’s guides, to give you a selection of tools that we’re sure will earn a place in your workspace. 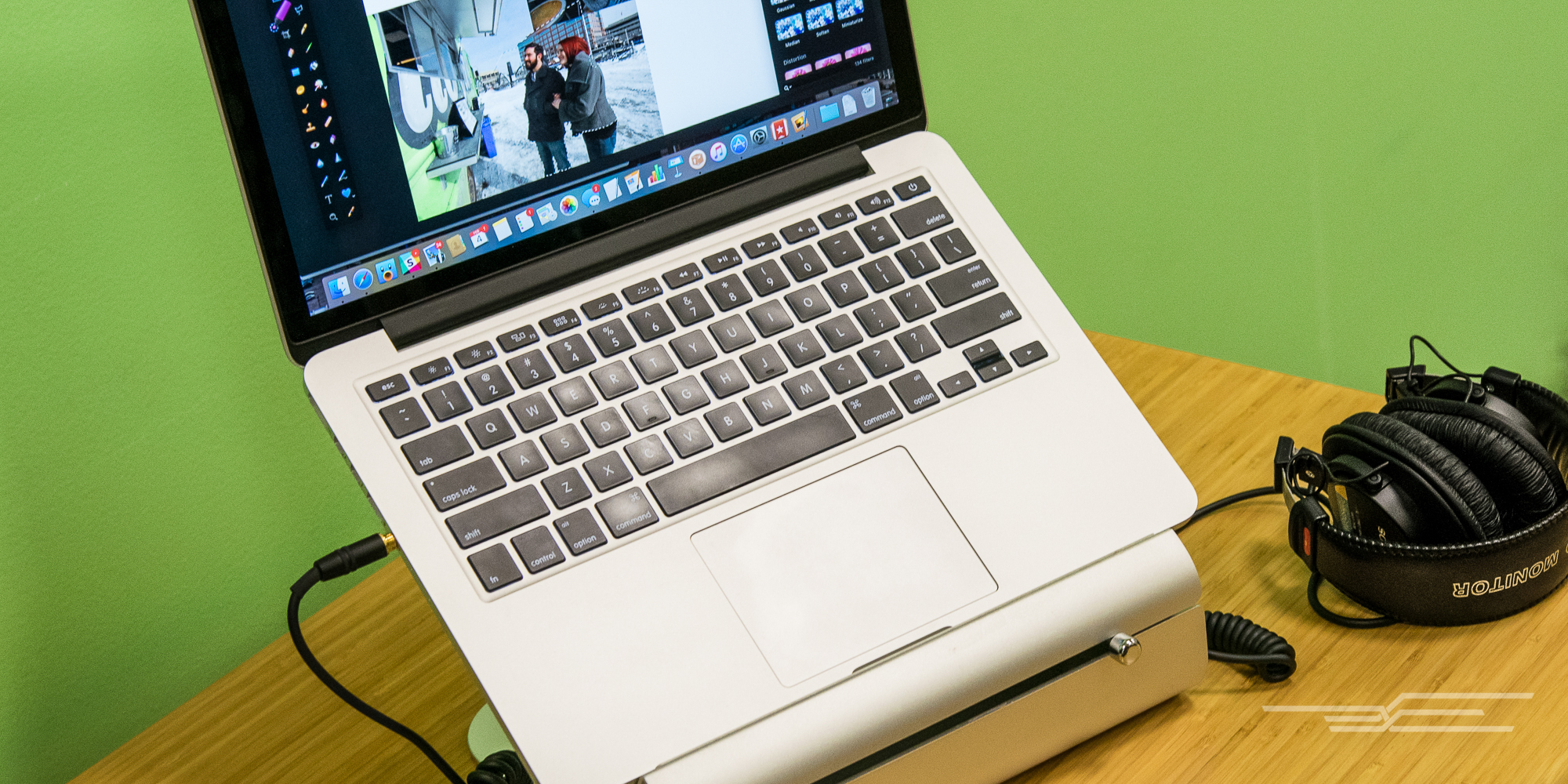 For most home-office users, we recommend the 13-inch MacBook Pro with Retina Display. It offers the best balance of power and portability for a range of work, plus it has a fantastic screen, keyboard, and trackpad. We like the 13-inch model with an Intel Core i5 processor and 8 GB of RAM for most people, but if you regularly work with complex spreadsheets, compile large blocks of code, or edit photos and video, you may want to step up to 16 GB of RAM.

Its superior specs will keep the Pro relevant and working well for longer than the more portable MacBook Air; it also offers a higher-resolution screen and a Force Touch trackpad. Because the Pro has an HDMI port and two Thunderbolt ports, you can connect an external display and still have another left for connecting a Thunderbolt dock, storage devices, or other peripherals. At 3½ pounds, the Pro is still portable enough for occasional business trips.

In addition to its fantastic hardware, the MacBook Pro with Retina Display runs Apple’s stable, easy-to-use, bloat-free OS X. And if you ever have a problem, AppleCare plans and Apple’s Genius Bar Support are peerless in their quality. 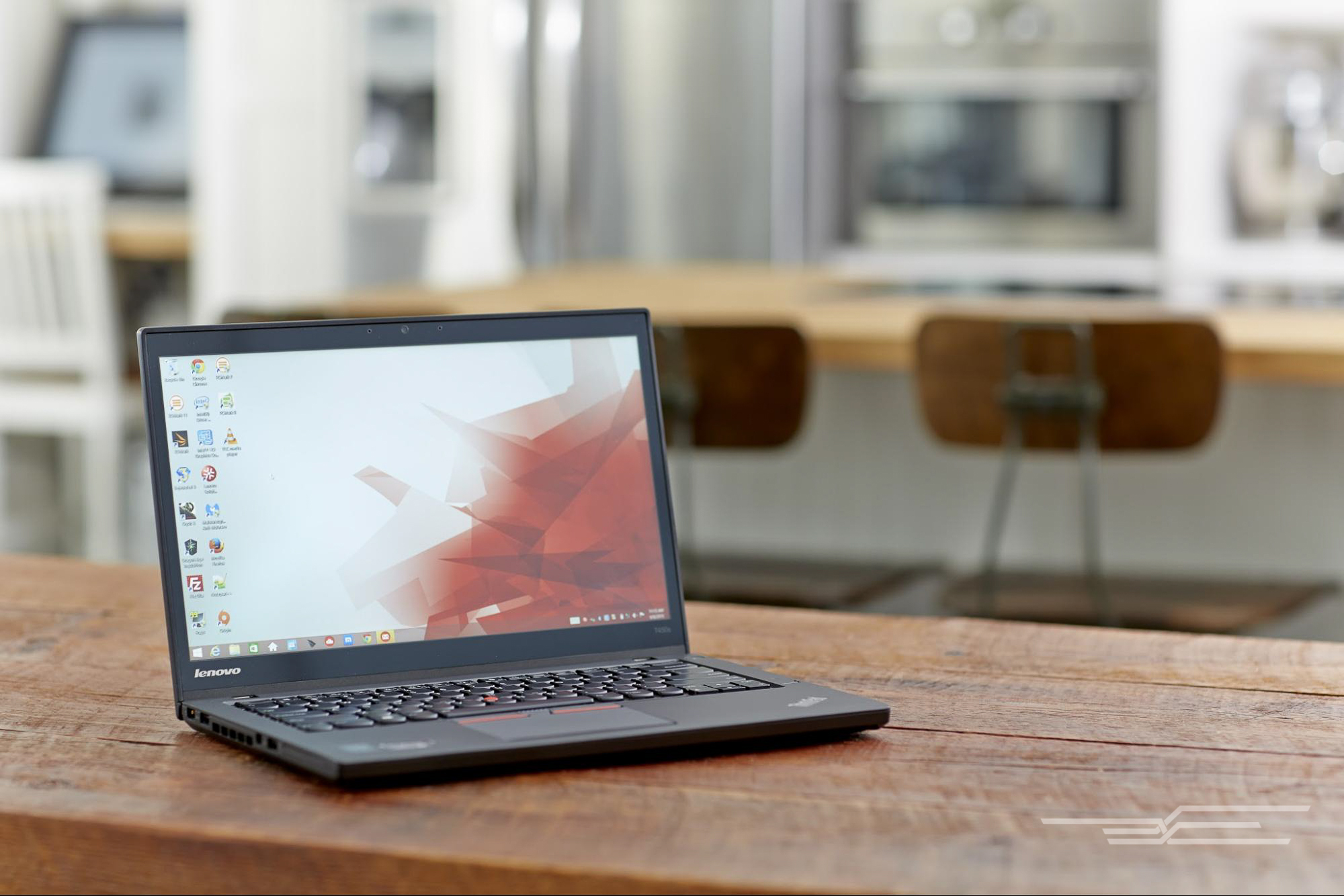 Most people, even actual businesspeople, don’t need a “business laptop” anymore—any ultrabook (such as the MacBook Air or Dell XPS 13) will do just fine for most office work. But if you need a laptop that will still be kicking in five years despite knocks, bumps, and spills, and you’re willing to pay a little extra, you should get the Lenovo ThinkPad T460, specifically the configuration with a 1080p screen, a backlit keyboard, 16 GB of RAM, and a 512GB solid-state drive.

After more than 30 hours of research and testing, we found that the ThinkPad T460 is fast and durable (with a military-specification certification for ruggedness) and still reasonably light, thanks to its magnesium-alloy body. It has dedicated buttons for the TrackPoint and one of the best keyboards of any laptop, period. It even has batteries you can swap in and out while the system remains running. It’s the best option for anyone who needs more ruggedness and more ports than an ultrabook can offer. 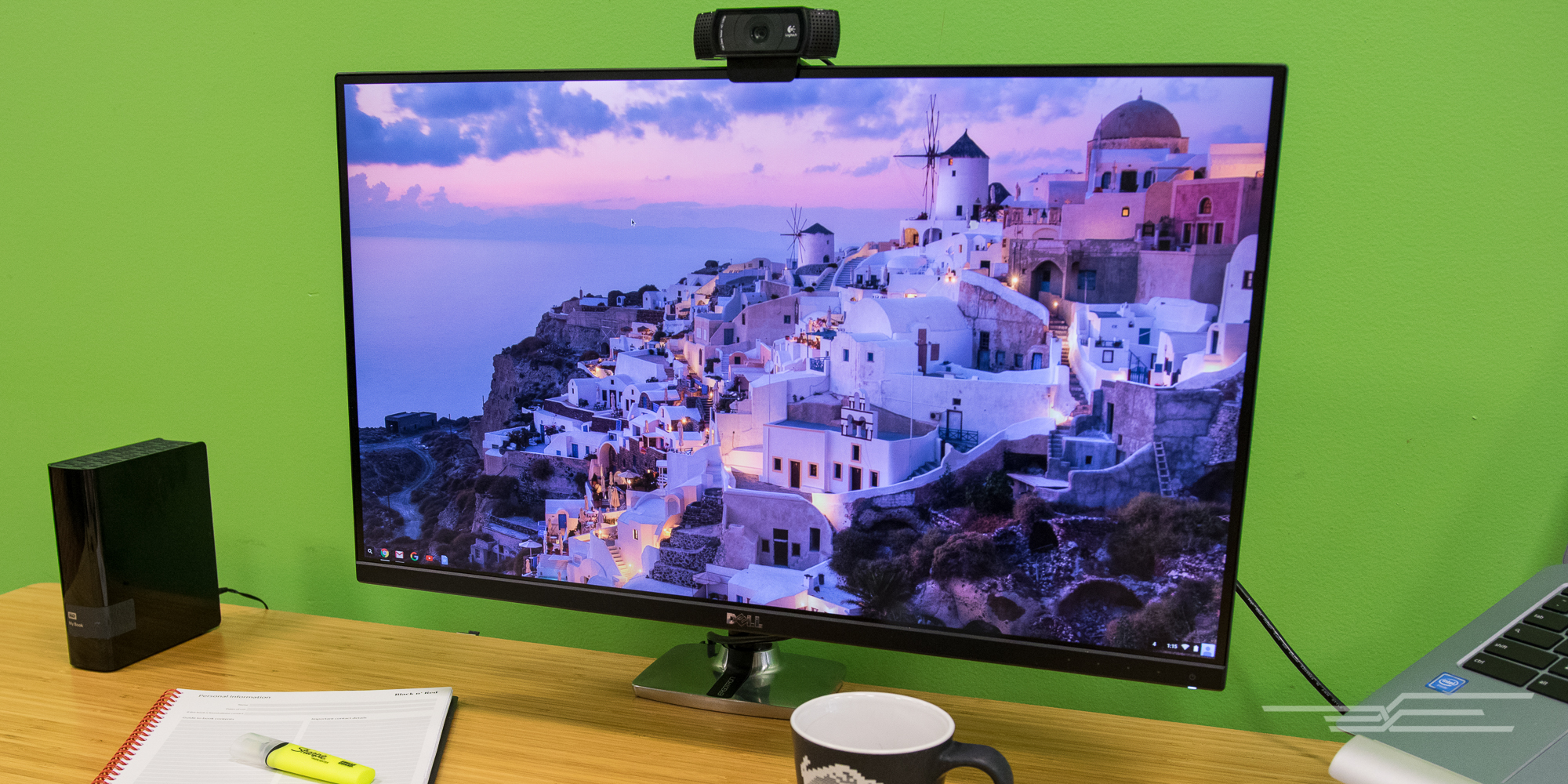 The Dell UltraSharp U2715H has a fantastic high-resolution display and a great combination of connections, adjustability, and USB 3.0 support. Photo: Kevin Purdy

The Dell UltraSharp U2715H is the best large monitor for your home office. It has a beautiful 27-inch IPS display and ultrathin side bezels that make the screen look even larger. Its stand is among the most adjustable we’ve found, which is crucial for a monitor you’re going to spend hundreds (or even thousands) of hours looking at every year. It can tilt, swivel, and easily rotate from landscape to panel mode.

The 2560×1440 display is large enough to put two windows side by side, but not so high-resolution that you run into weird scaling issues. Its factory-calibrated display is near-perfect, as we discovered when we tested it with a $1,200 X-Rite i1Pro 2 spectrophotometer and a $170 Spyder4 Pro colorimeter. No other 27-inch monitor we tested looked as good.

The U2715H has two HDMI 1.4 connections, one Mini DisplayPort 1.2 connection, and two standard DisplayPort 1.2 connections—one for going from your PC to your monitor, and the other for hooking up a second monitor to the first. Many monitors have the DisplayPort input; not as many have the output. You also get an audio jack for connecting your own set of speakers or headphones to the monitor (if your computer can pass audio signals over HDMI or DisplayPort), as well as five USB 3.0 ports—including one specialized for quick-charging devices (up to 1.5 amps). 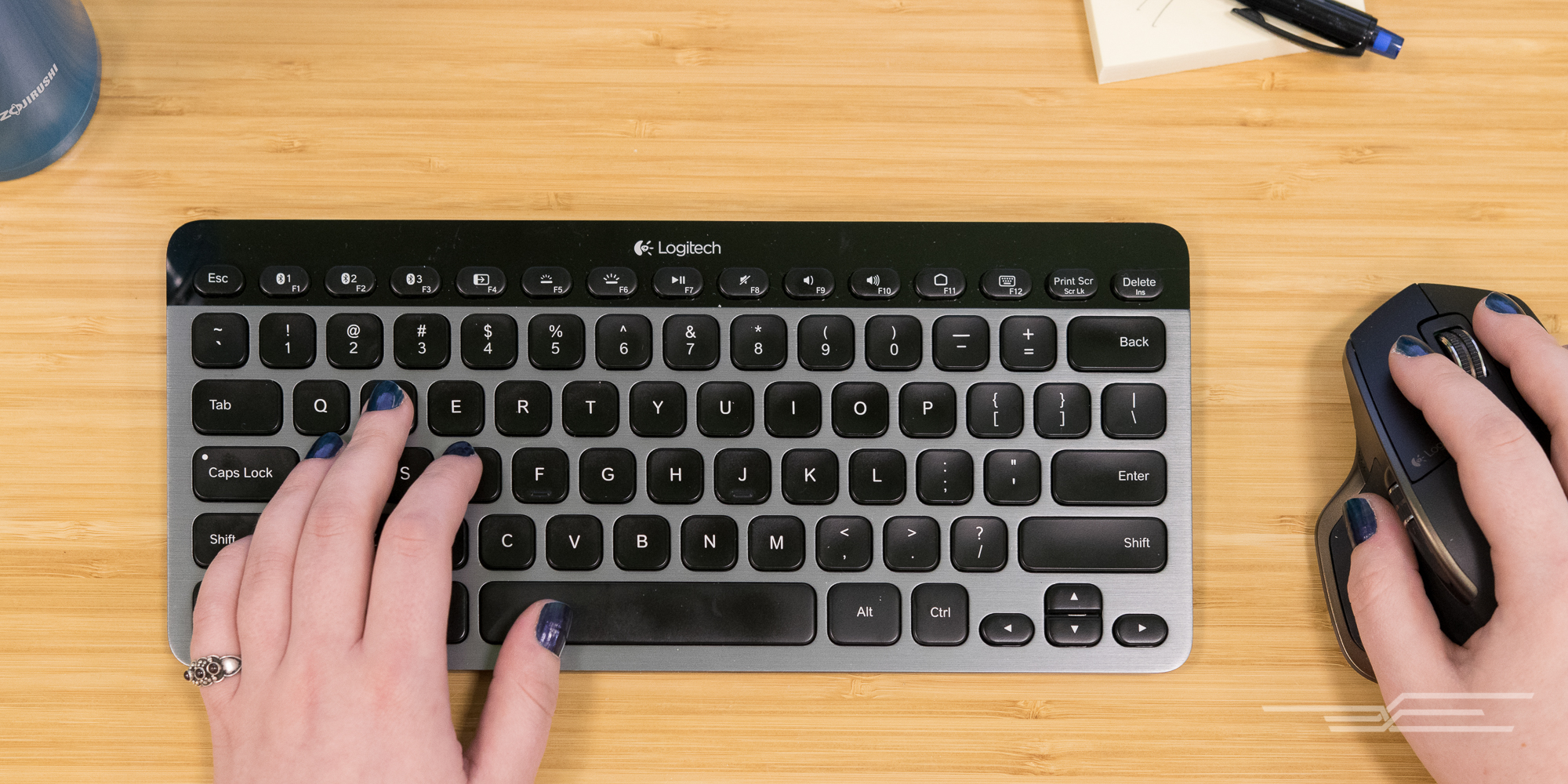 The Logitech MX Master and the Bluetooth Easy-Switch Keyboard are pricey, but the investment is worthwhile for people who spend all day using these devices. Photo: Kevin Purdy

After spending more than 100 hours testing 28 mice and 21 Bluetooth keyboards over the past year, we found that the Logitech MX Master is the best wireless mouse for home office professionals, and that Logitech’s Bluetooth Easy-Switch Keyboard (for Mac or Windows) is the best Bluetooth keyboard. The MX Master has five programmable buttons, a second (programmable) scroll wheel for your thumb, and a rechargeable battery, plus it can pair with up to three Bluetooth devices at the same time. It’s comfortable, too.

Logitech’s Bluetooth Easy-Switch Keyboards have long been the gold standard for Bluetooth keyboards because of their smooth, well-spaced keys, their adjustable key backlighting, their platform-specific layouts for Mac and Windows, and their ability to switch instantly between multiple paired devices. Both the Logitech MX Master and the Bluetooth Easy-Switch Keyboard are more expensive than the other mice and Bluetooth keyboards we recommend, but we think the investment is worthwhile for people who spend all day using these devices. 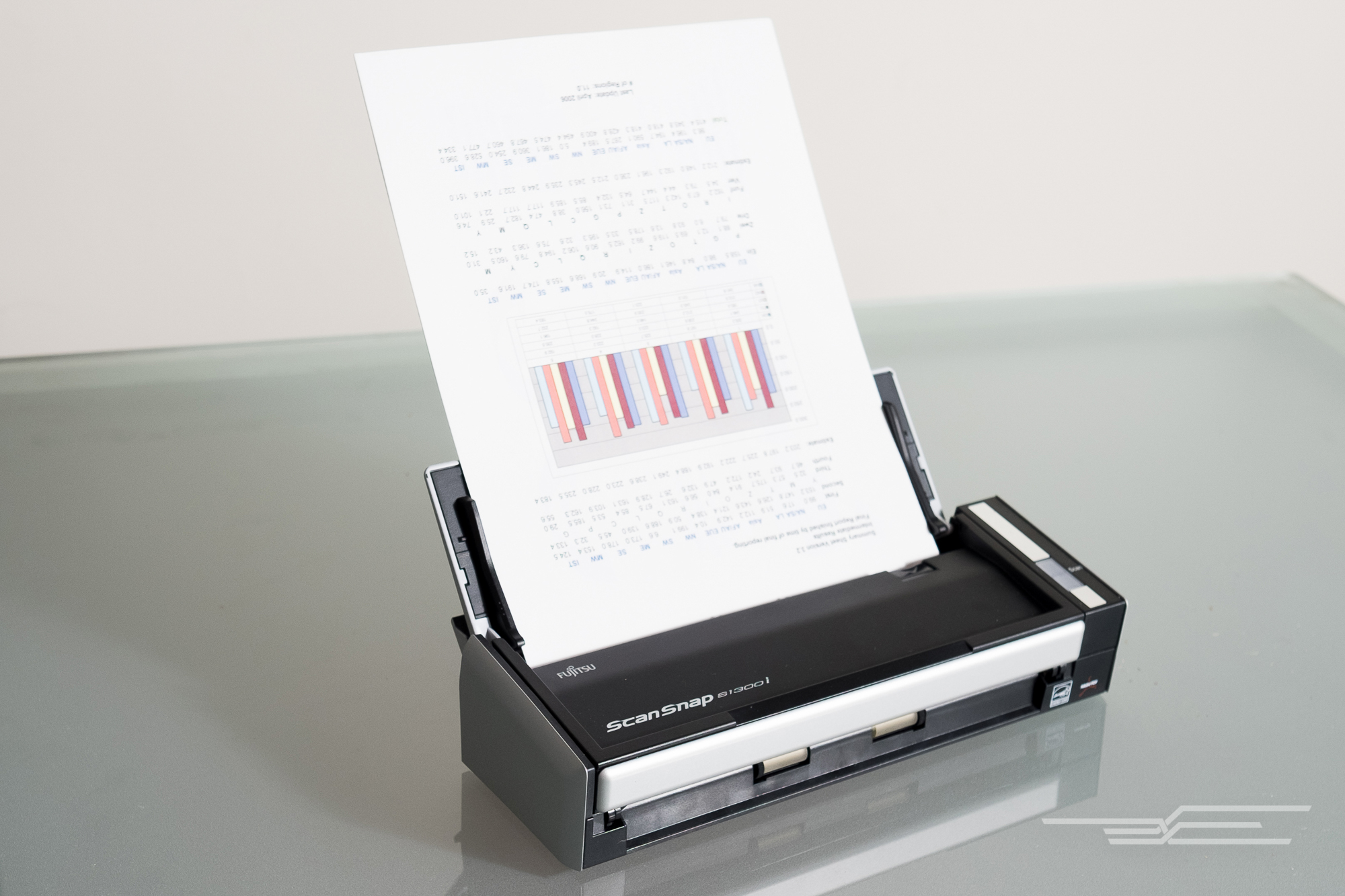 The Fujitsu is speedy, accurate, and portable, with easy-to-use software. Photo: Amadou Diallo

Don’t let the “portable” label fool you: The Fujitsu ScanSnap S1300i is the best tool for getting a large amount of scanning done at your desk, keeping your space tidy and your documents organized. After more than 70 hours of research and hands-on testing, the S1300i delivered the best combination of accuracy, speed, and portability, and it came with the easiest-to-use software of any we tested. It can load as many as 20 sheets of regular laser paper and scan them, duplexing if needed. And it’s small and capable of drawing power from a single USB port, so it’s great for carrying on business trips or simply moving to another room. 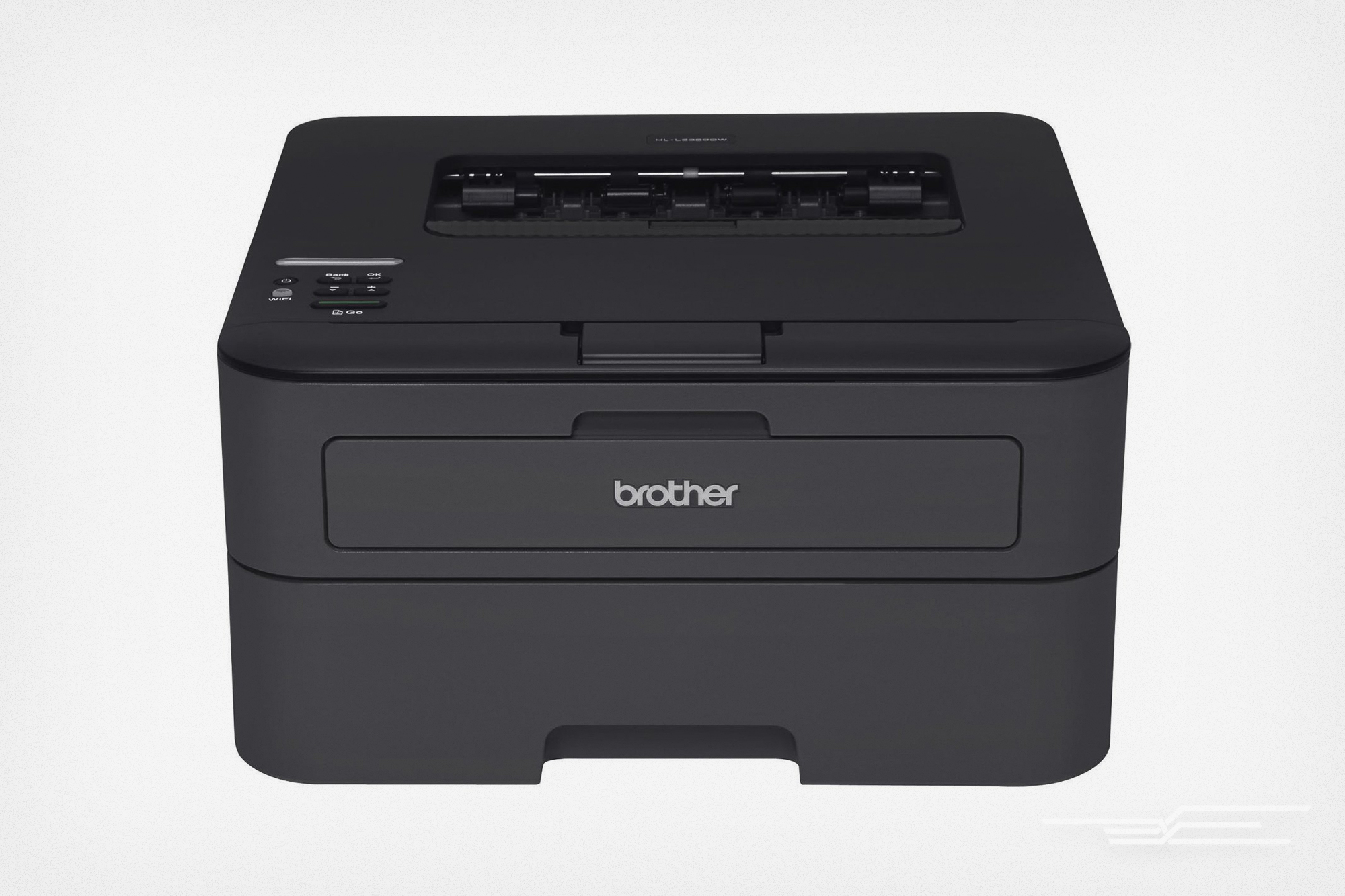 Because the Brother Hl-L2340DW is a laser printer, it’s low-drama compared with any inkjet.

We’ve spent more than 200 hours researching and testing printers over the past few years, and of the 100 cheap printers we’ve come across, the Brother HL-L2340DW (or—if it’s cheaper—the HL-L2360DW, which adds an Ethernet port but is otherwise nearly identical) is the safest bet for most home offices.

For home offices where printing is mostly limited to mailing labels, packing slips, and the occasional document, the dirt-cheap cost of ownership is the best thing about the HL-L2340DW. Each page costs just 2.7 cents’ worth of toner and drum wear, less than with any other printer out there. The HL-L2340DW also provides automatic two-sided printing, and supports mobile printing standards like AirPrint and Google Cloud Print, as well as printing over Wi-Fi (though in a small office connecting to the printer via USB is probably easier).

Because it’s a laser printer, the Brother is relatively low-drama. Toner cartridges have a high capacity, which reduces the chance that you’ll find yourself out of toner when you really, really need to print. Laser printers don’t need to run lengthy cleaning cycles, either. You give up color printing with a cheap laser printer, but that’s more trouble than it’s worth at this price. 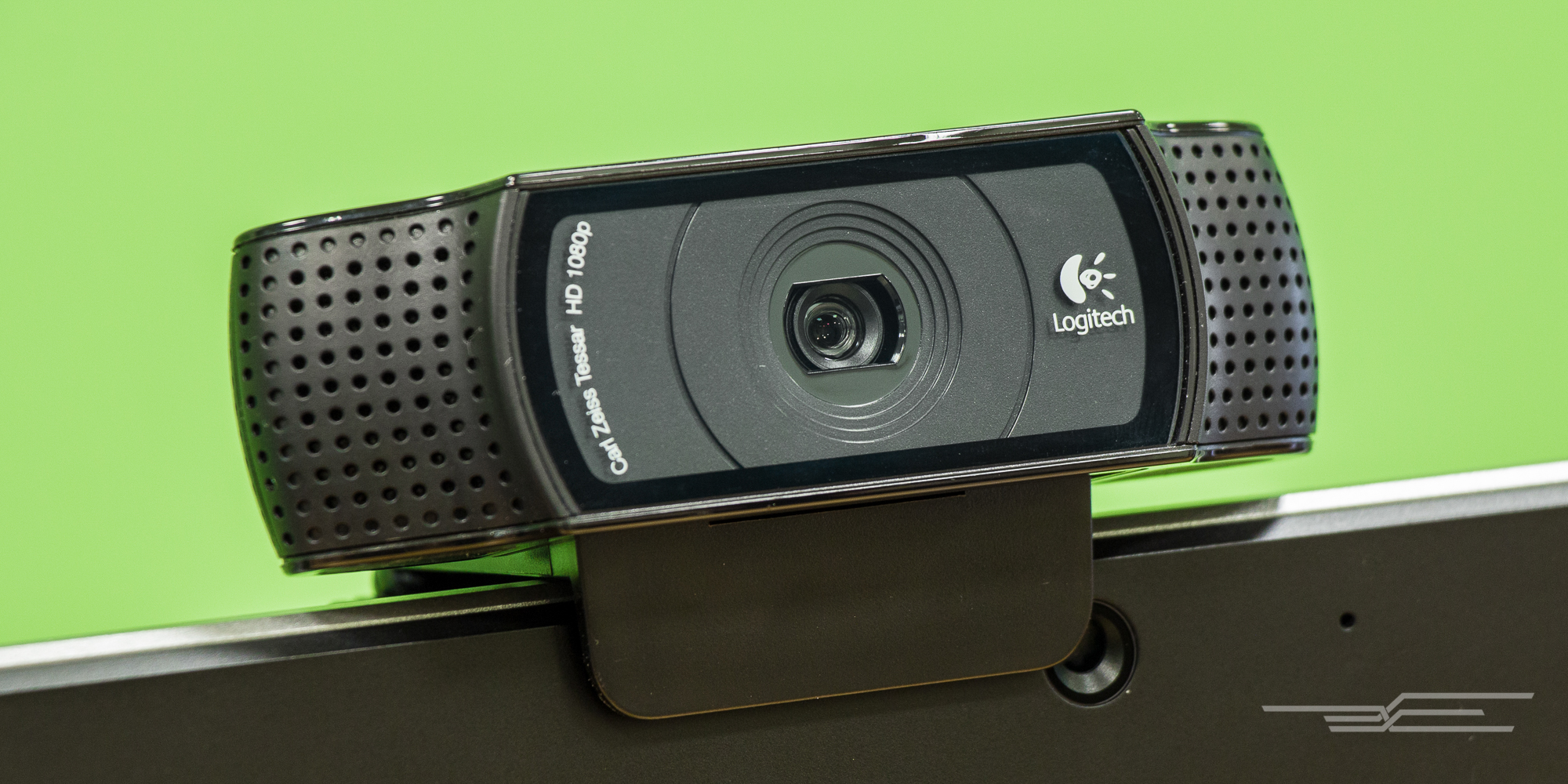 If you need a webcam, we recommend the Logitech HD Pro Webcam C920, our choice after we researched 15 different webcams and tested two head-to-head in Skype calls, Google Hangouts, and Zoom meetings. It has great image quality and helpful software, and reviewers universally love it. The C920 sits on top of your laptop screen or monitor and braces itself against the back of the screen, or you can mount it on a tripod.

The best Web-meeting software for people who work from home and get to select their own is Zoom, which works on Windows, Mac, iPhone, iPad, Android, and BlackBerry. Zoom’s free Basic plan contains enough features and free connection time to cover most teams’ meeting needs, and it works across the vast majority of devices. Among the 20 services and plans we considered, it’s the fastest, most painless route between “We need to have a meeting” and being in that meeting. 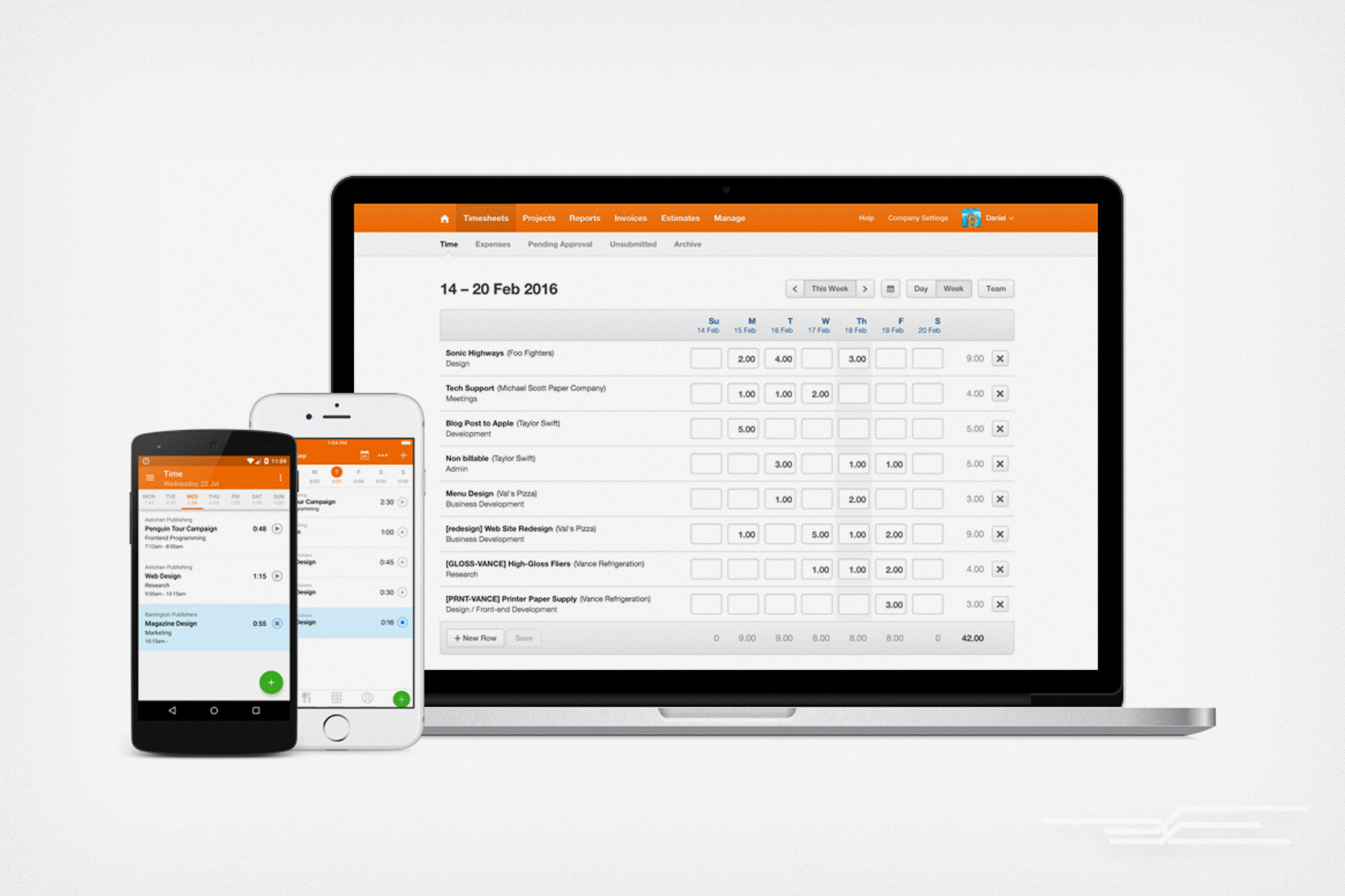 If you don’t have a good time-tracking or invoice-generating service already set up, the easiest services to try out are Harvest and FreshBooks. If you’re a one-person shop and need time tracking, project management, and simple create-and-send invoices, we recommend Harvest. If you generate trickier invoices, have many expenses, and need to closely track payments from different clients, FreshBooks will help you get paid. Both are easier to set up for most people than the 40 other invoicing and tracking services our experienced freelancers considered. 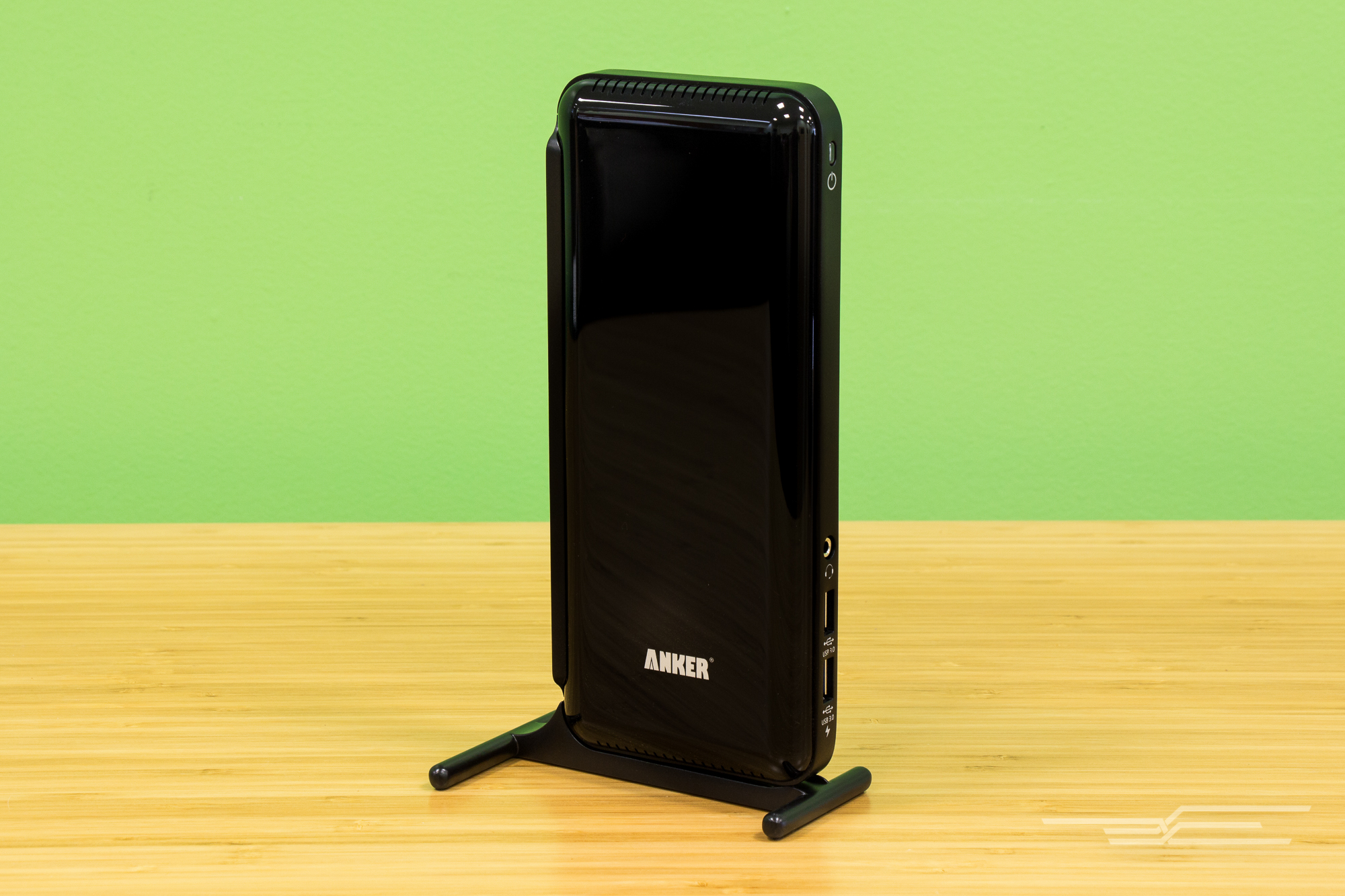 Anker’s dock has two USB 3.0 ports and an additional four USB 2.0 ports. In our tests, the USB 3.0 ports put out 0.5 A (enough for some small accessories such as Bluetooth headsets), and the USB 2.0 ports were more impressive at 1.5 A. That’s still a slower rate than what many smartphones and tablets support, but it isn’t bad. And 4K video support from both the HDMI and DVI connectors worked without issue. 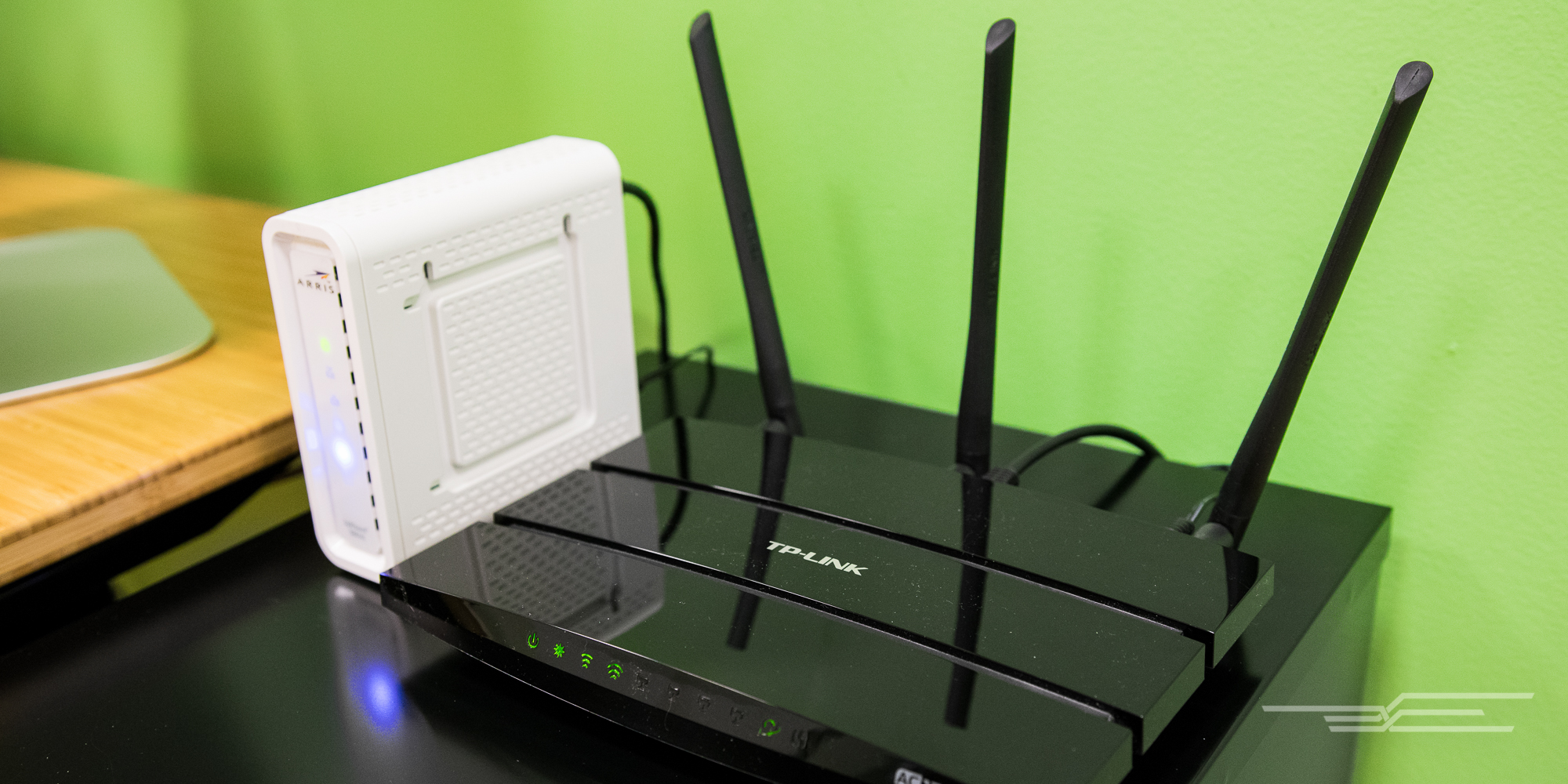 The AC1750 Netgear R6400 is faster than the TP-Link Archer C7, and the ARRIS SurfBoard SB6141 supports most of the fastest Internet packages. Photo: Kevin Purdy

The router and modem we recommend for home office users are the the Netgear AC1750 R6400 and the Arris SURFboard SB6141 DOCSIS 3.0, respectively. The Netgear AC1750 R6400 was faster at most tests than the router we recommend for most people—40 percent faster at longer distances under ideal conditions—and it offers power features usually found in much more expensive routers, such as a built-in VPN server to provide a secure connection to your network while you’re on the road, and a QoS feature to prioritize certain apps’ traffic. Meanwhile, the Arris SURFboard SB6141 is more than fast enough for the Internet plans most people have. Though it’s compatible with most of the fastest Internet packages from seven of the eight major ISPs, you should confirm that it works with your Internet plan before you buy it; if it doesn’t, you’ll want to buy one of the cable modems your provider recommends instead.