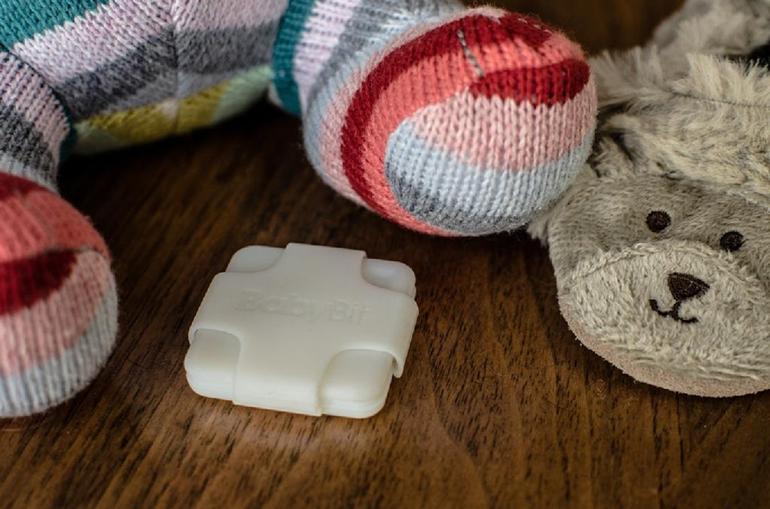 It can be tough to leave infants or toddlers with a caretaker while you’re out, whether they’re family members, friends, or hired help. But that’s exactly what millions of parents have to do when they go back to work soon after delivering a child. One developer, launching their Indiegogo campaign today, is hoping to make that prospect just a little less scary for new parents.

The $159 BabyBit Baby Monitor isn’t like other monitors. Instead of offering information to caretakers who might just be a few rooms away from a sleeping child, the device sends information to parents who are away from the house while their child is under another’s supervision.

Here’s how it works. The monitor clips to a child’s onesie and connects via Bluetooth to the caretaker’s phone. From there, it can offer some basic information — like if the child is crying — for the caretaker who’s watching the child. But the app also monitors things like a caretaker’s distance from the child, whether the child has been crying inconsolably for a longer period of time, and other important reasons for concern. Then, in the case of any of these, the app sends a notification to parents, who can check in with the caretaker to find out how they can help.

It’s a pretty simple mechanism, but it’s one no other device has done. And if it works, it could be an important addition to the current market. One of my biggest fears as an absentminded parent is accidentally leaving my son in the car while I’m thinking about a work project or talking on the phone with someone. And as research has indicated, it’s a mistake that can happen to anyone.

But with a device that not only notifies me if my phone goes out of close range with my son, but also notifies my wife if I stay out of range for more than, say, 3 minutes — that could actually save lives. And if BabyBit’s prototype car integration, which turns on the AC in the case of a child being left inside, also comes to fruition, the smart monitor could be a must-buy for many parents.

One of my big questions for BabyBit is whether the Bluetooth technology that responds to the proximity of users’ phones will be reliable. If the notifications for parents are simply based on signal strength, then depending on the quality of the signal and the nature of the environment, it could lead to too many false alarms, or too few real alarms. I’ll just have to wait to actually test BabyBit before knowing how well this feature works.

Crowd sourced projects always involve risk for investors, but according to the BabyBit team, they have a working beta unit of the monitor, and an app that is being tested and honed right now. That in combination with their backing by Jaguar Land Rover’s start-up incubator gives me hope that the November release date for BabyBit is attainable. Of course, it all depends on whether the project gains support.