This is the Bose product a lot of people have been waiting for, the QuietComfort 35, an active noise cancelling headphone that’s also wireless.

At $350 (£290, AU $499), it costs more than the wired QuietComfort 25. But at least it’s only $50 price bump, which puts this around what Beats’ competing Studio Wireless costs, although that headphone has been discounted in recent months, indicating Beats probably has something new coming.

Like the similar looking QC25, this is a lightweight, very comfortable headphone and you get the same quality of noise reduction that you get from the QC25, according to Bose.

With microphones inside and outside the earcups, Bose says the QC35 senses, measures and sends unwanted sounds to two proprietary digital electronic chips — one for each ear — that respond with a precise, equal and opposite signal in less than a fraction of a millisecond. The headphone’s also equipped with a new digital equalizing system that balances the sound whether you’re listening at lower or higher volumes.

Battery life is rated at 20 hours, which is quite good, and there’s an integrated remote on the right earcup with buttons for adjusting the volume, controlling playback and answering and ending calls. It also comes with a cable if you want to go wired and works with Bose free Connect app for iOS and Android devices.

Available in silver or black, the QC35 is designed to be used as an advanced wireless headset and it muffles ambient sounds like wind and crowd noise so callers can hear you better — and you can hear callers better. There’s also a side-tone feature that allows you to hear your own voice in the headphones as you speak so you don’t raise your voice while talking.

I only spent a limited amount of time with the QC35 at Bose’s launch event for the product, but it felt very similar feel to the QC25 and SoundLink Around-Ear Wireless Headphones II, although it looks slightly sleeker. It was hard to make a definitive judgment during my short listening test about sound quality, but once I get a review sample, I’ll be able to compare it to competing models, as well as the QC25. 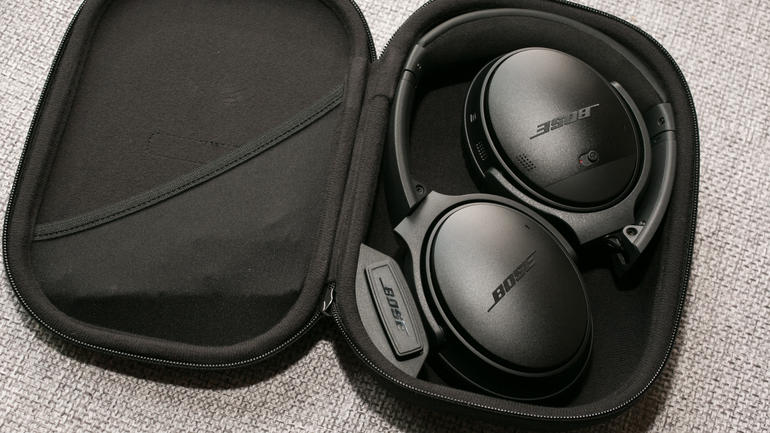 In its carrying case.

This isn’t the only new wireless Bluetooth noise-canceling headphone in Bose’s line up. In September, the QuietControl 30 arrives for $300. That’s a neckband-style in-ear headphone that offers variable levels of noise-cancellation and is essentially the wireless version of the QuietComfort 20.

My personal preference leans toward the QuietControl 30, but if you’re looking for a full-size wireless Bluetooth headphone with best-in-class noise cancellation, the ultracomfortable QC35 is awfully tempting. 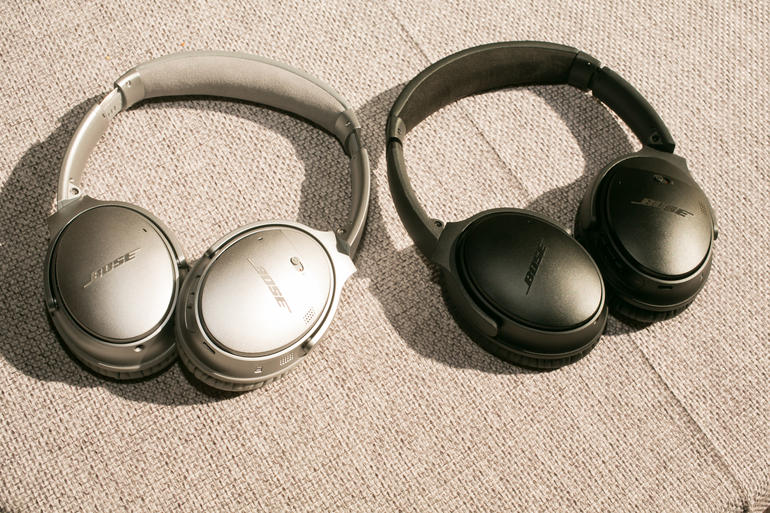 The Bose QuietComfort 35 comes in silver or black