It’s often hard to convey what’s happening inside virtual reality. HTC Vive’s green screen idea attempts to do just that — and also make it more interesting to watch. I will admit: Watching someone else play in VR is typically pretty damn boring. But this concept from HTC represents a rare opportunity to show what someone’s doing when they strap on a headset. The tech is clever, but not rocket science: A camera (with a HTC Vive controller attached for positioning within the VR world), captures you on green screen. The camera then sends this feed to a connected PC which processes it in tandem with the VR game (in this case, teleporting-shooter Jeeboman.) Then, like a hyped video-game promise from decades ago, it’s like you’re inside the game. 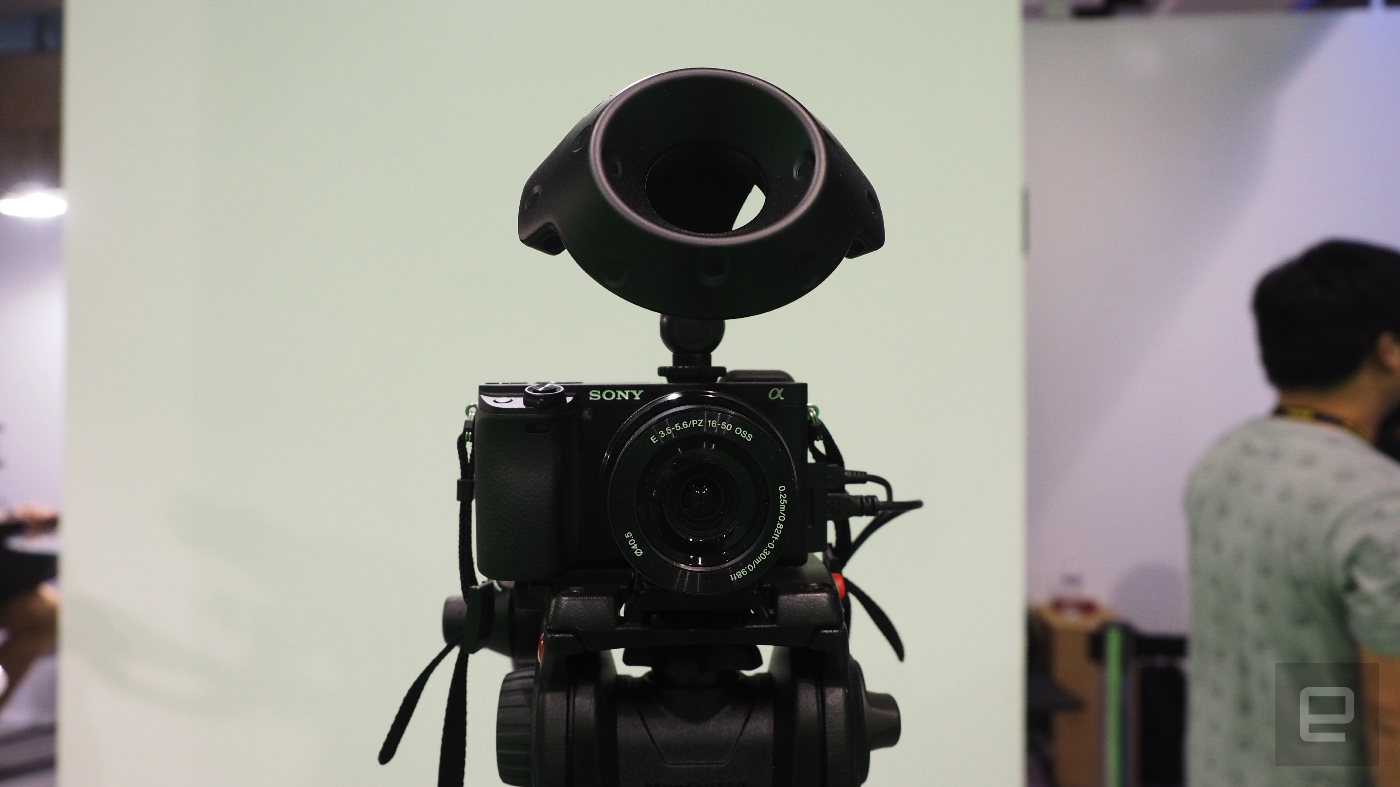 This isn’t a “killer feature” that pushes HTC Vive as a VR platform above all others — unless you have a brightly painted green room, plus sufficient cameras and hardware. It is, however, a very smart way to illustrate why modern-day VR is so much better than its ’90s ancestor, and how the immersion at work goes far beyond existing video games. That’s very, very important if virtual reality is to become the hit many have predicted.

Stay on top of all the latest news from Computex 2016 right here.

Read more from News
Gaming, HTC, News
← Time Inc. confirms Myspace has been hacked
The story of EE has been turned into a book →