How to add a ‘Hey, Siri’-style command to your Mac – CNET

I increasingly use Siri on my iPhone and prefer to use voice commands when texting. On a Mac, it is easier and faster to type with the full keyboard, but if you use Siri and voice dictation on iPhone, then you might want to start talking to your Mac, too.

Similar to the Hey, Siri command on iOS, you can set OS X to start listening to you without pressing a key. 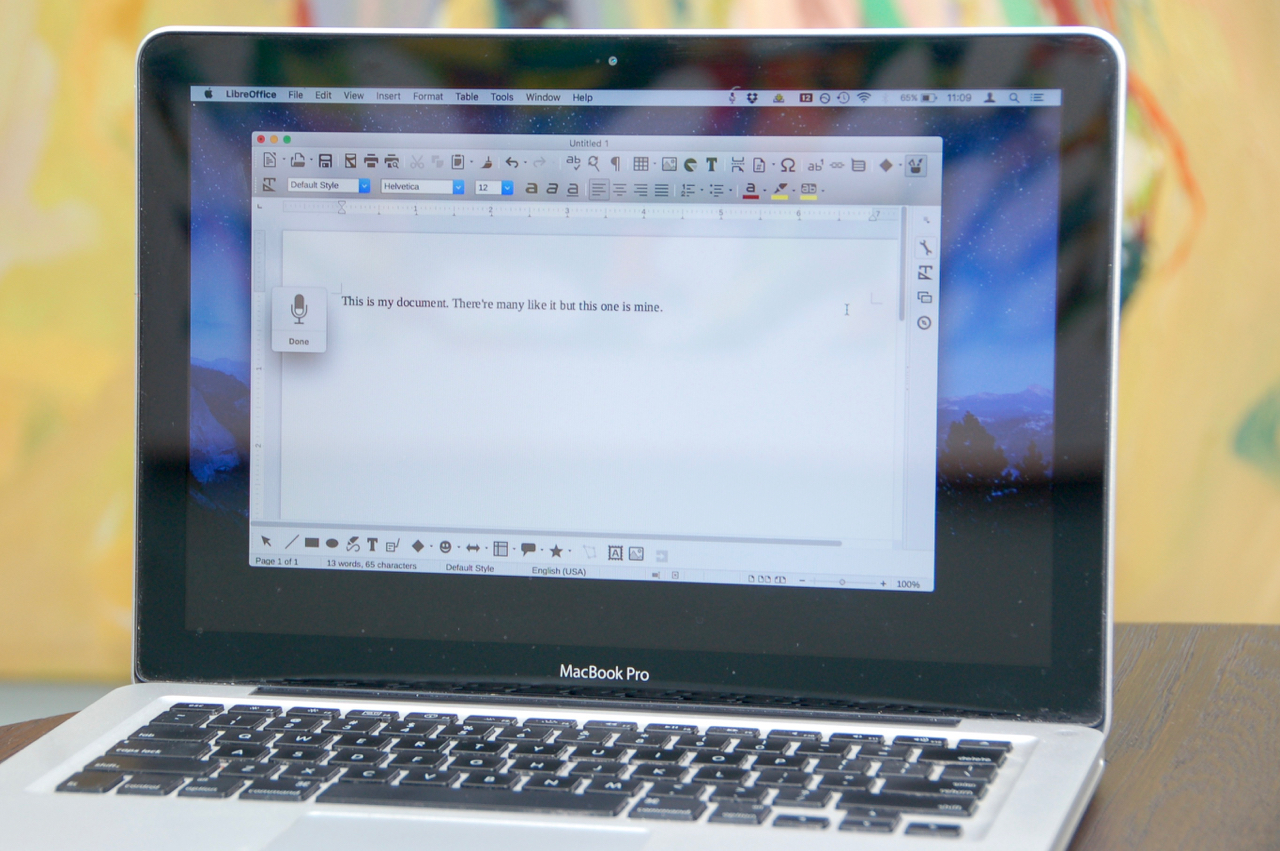 The default command for starting dictation on OS X is hitting the Function key twice, but you can set up a voice command for the hands-free starting and stopping of dictation. It’s a two-step process:

Step 1: Go to System Preferences > Dictation & Speech and check the box for Use Enhanced Dictation. You will need to download a 1.2GB file, which allows offline use of dictation. 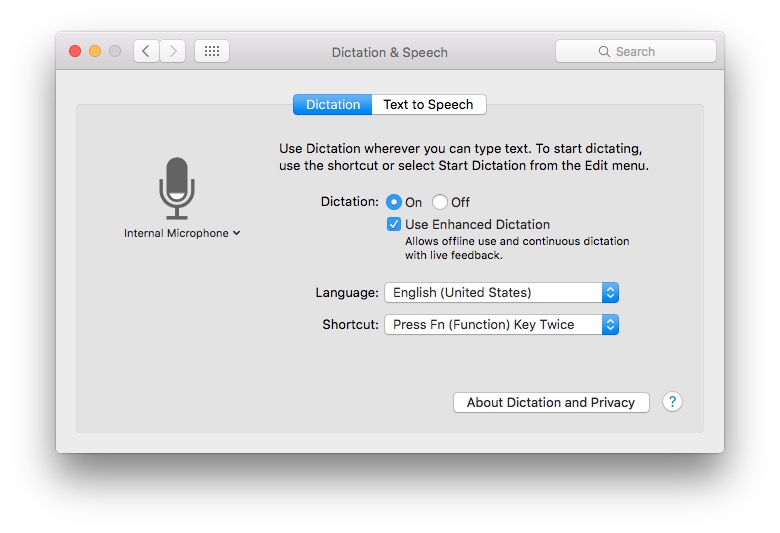 (In addition to allowing you to enable hands-free dictation in step 2, enhanced dictation has the added benefit of speeding up the dictation process. It saves your Mac from needing to go out to Apple’s servers to understand your words, which greatly reduces the lag of your spoken words being transcribed on your screen.)

Step 2: Go to System Preferences > Accessibility and then scroll down and choose Dictation from the left panel. Next, check the box for Enable the dictation keyboard phrase. The default keyboard is “Computer” so that you can say, “Computer, start dictation” and “Computer, stop dictation” but you can change it to whatever pet name you may have for your Mac. 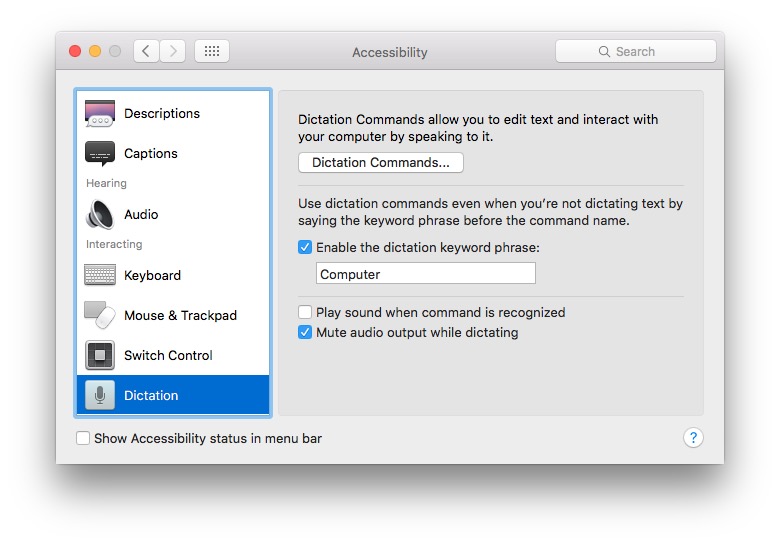 If you like the idea of dictating to your Mac, then you will want to keep an eye on Apple’s annual Worldwide Developers Conference scheduled for next month. Siri is rumored to be headed to Macs with the next update to OS X, version 10.12.

Lastly, for friends of Siri, we have the complete list of Sir commands.