The Good The Plextor M7V is speedy, affordable and can handle years of constant data writing.

The Bad The drive is a tad slower than its predecessor and doesn’t include any accessories or software.

The Bottom Line The Plextor M7V is a budget solid-state drive that’s designed to last and will give any computer that still uses a traditional hard drive a big performance boost. 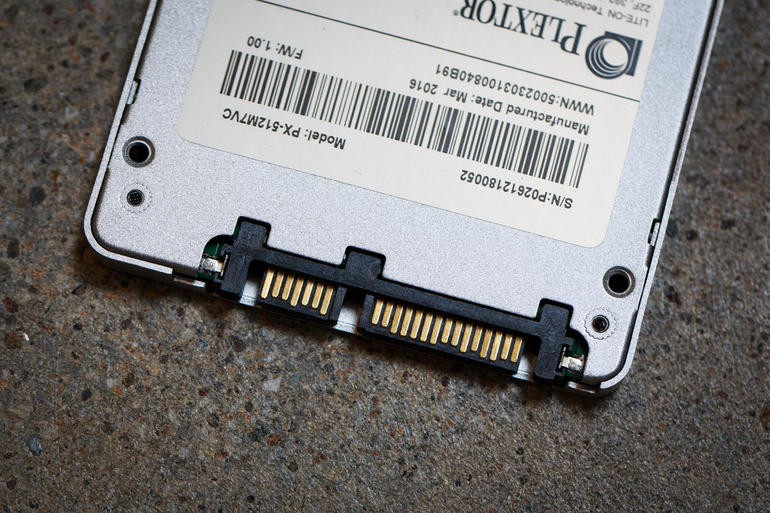 The Plextor M7V is a stasndard internal drive.

The M7V is the successor to the M6V and is Plextor’s new value-priced solid-state drive (SSD). At launch the M7V has a low suggested price of $50, $71 and $146 for 128GB, 256GB and 512GB, respectively (actual street price will likely be lower). In return, its performance was slightly slower than the M6V. Still, the drive does what it’s designed to do: act as a replacement drive for computers that still run on regular old hard drives. Used in this way, it will help significantly boost the computer’s performance.

The M7V can fit in any space where a regular hard drive is used, however in a desktop, you’ll want to opt for a drive bay bracket (not included) to keep it from moving around inside the case. The drive supports the latest SATA 6Gbps standard but will work with all SATA revisions.