Canadian carrier Rogers is rolling out an update for the Galaxy S7 that brings stability improvements, touchscreen fixes, and a shape correction feature for the camera that automatically fixes skewed shots. 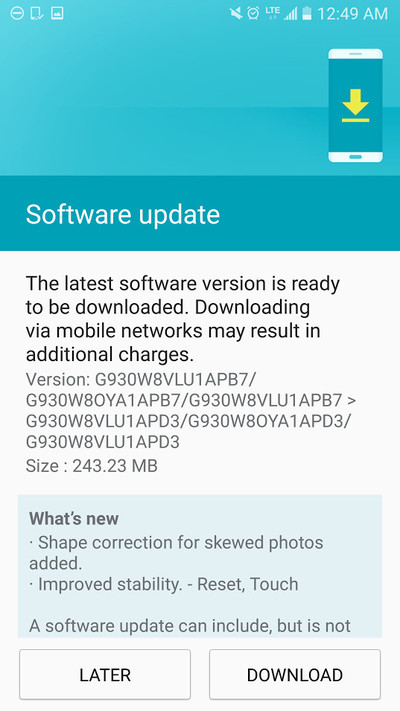 The OTA update comes in at 243.23MB, and is now available to Rogers customers. The update has already made its way to Galaxy S7s in the U.S., U.K., and India.

Thanks Ivan Froese for the tip!

Read more from News
← Yu Yureka Note with 6-inch Full HD display unveiled in India for ₹13,499
Get up to ₹16,000 when you exchange your old phone for a OnePlus →