Google is improving accessibility features in Android, Chromebooks and more Google is making efforts to improve accessibility features in many of its products for users who have hearing, visual or other disabilities. It has posted an overall update on those efforts, which include new features for Android, Chromebooks and more. 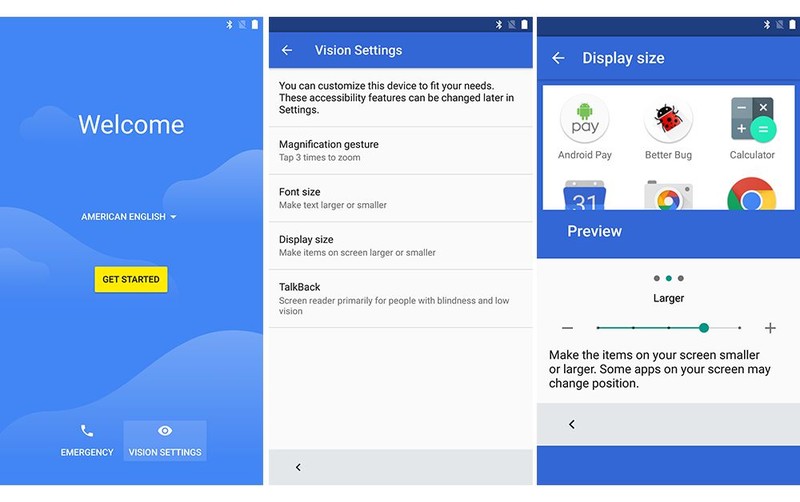 As part of this update we’re bringing Vision Settings—which lets people control settings like magnification, font size, display size and TalkBack—to the Welcome screen that appears when people activate new Android devices. Putting Vision Settings front and center means someone with a visual impairment can independently set up their own device and activate the features they need, right from the start.

Google has also launched Voice Access Beta for Android, which will allow users to control devices with their voice.

Chromebooks already come with ChromeVox, an app which offers text-to-speech navigation for people with visual disabilities. Google is launching a new version of that app, ChromeVox Next Beta, which adds some features such as a caption panel to display speech, Braille output, and more. The company has also added voice commands for typing, editing and formatting in Google Docs.