Get anime-ted this Wallpaper Wednesday 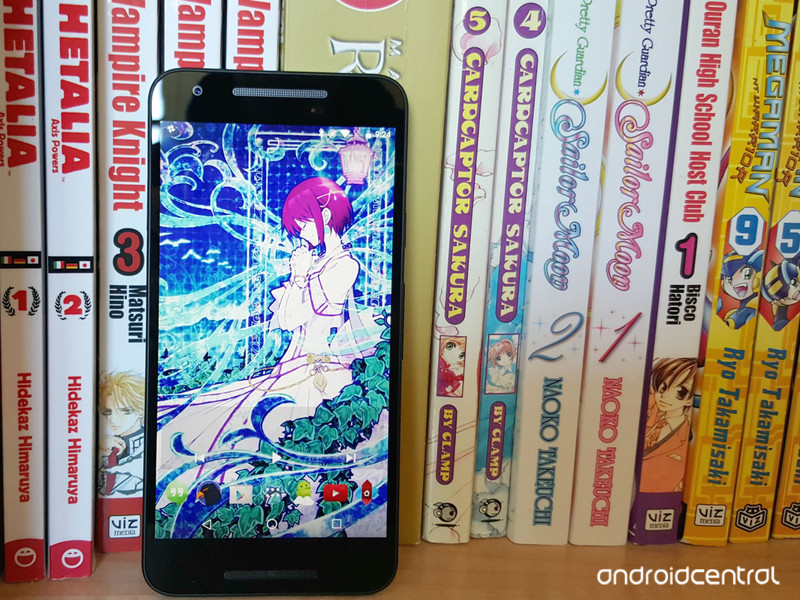 Don’t let your home screen fall into a rut — switch out your wallpaper!

You don’t have to pull out a complex new theme like Deadpool to bring a breath of fresh air to your home screen. A new wallpaper can do wonders, and launchers like Action Launcher can re-theme your entire home screen around a good wallpaper. In our effort to help brighten your device — and maybe your day — we’re compiling some wallpapers for you to try out.

If you’ve got a wallpaper you use everywhere, share it in the comments below! We’re always looking for something new. Now get your wallpaper picker ready and see what’s in store this week. 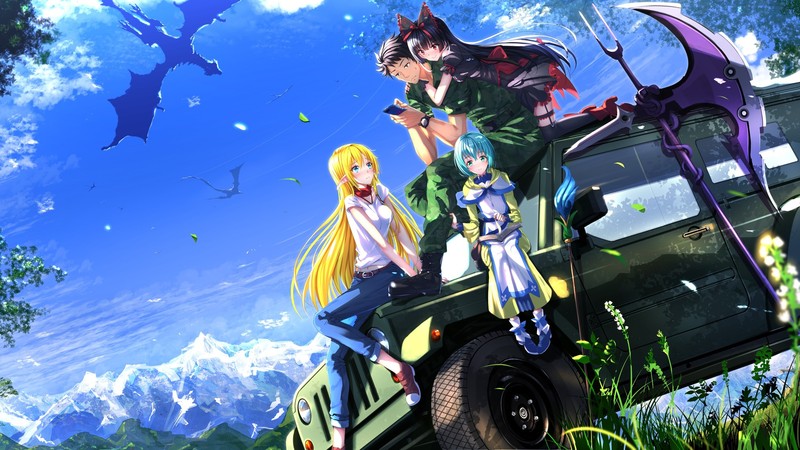 GATE just concluded its first season, and it was a wonderful finish to a show that captivated me from the first episode. Granted, things got a little dicey in the second half of the season, but they left things in a great place. It centers around slacker JSDF reservist Itami, who only works to support his hobbies but is tasked with leading a squad exploring the world beyond the mysterious gate that appears in Japan.

This wallpaper shows off the three girls from beyond the gate that wind up in Itami’s party and the beauty of the new world otaku-ish Itami finds himself in. The dragons overhead also allude to the fantastical adventures the quartet embark on, including but not limited to fighting off bandit armies, overthrowing dictators, and destroying a fire dragon with tank-like skin. 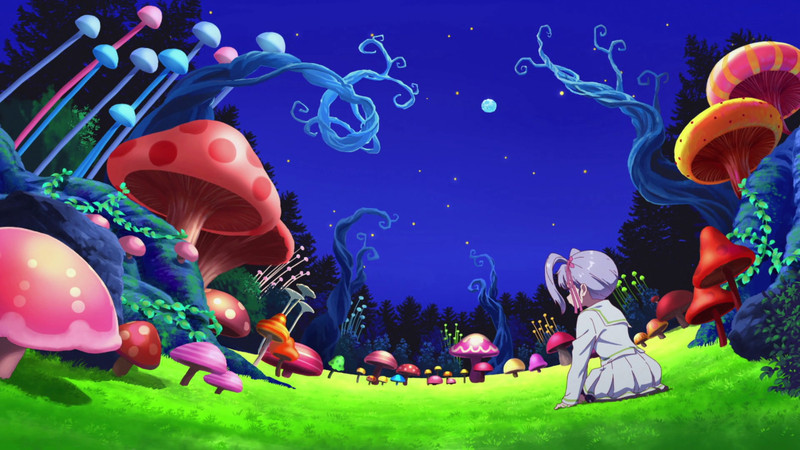 The way humanity perceives the world is precarious, but what happens when it changes? Myriad Colors Phantom world takes us into a world where a virus outbreak causes fact and fiction to blur and for humanity to be able to see ‘phantoms’ born of human desires and myths. This show has fun taking us through this blurred reality where people’s memories, passions, and fears can quite literally shape the world around them.

One of my favorite episodes from this show is a take on the classic ‘Alice in Wonderland’ trope. Kurumi, the youngest member of the show’s phantom-hunting team, is transported into a beautifully simplistic fantasy world within her mind to help her overcome her fears of not being able to fight alongside her friends. The mixed styles and mediums used to convey different perceptions of reality and phantoms help further convey this fractured, shifting world in which the characters live.

Snow White with the Red Hair 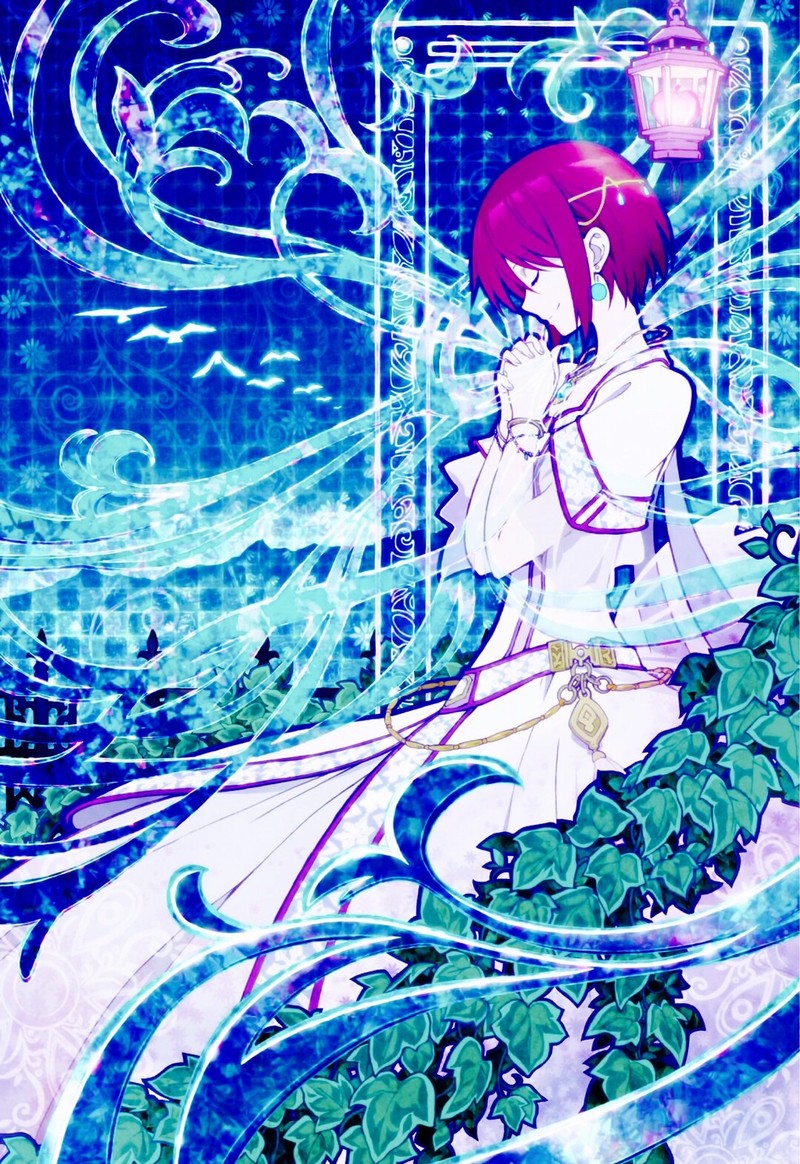 Snow White with the Red Hair was a show I was apprehensive of when I got into it last year. But from the moment Shirayuki (Snow White) and Prince Zen see each other, you can’t help but be hooked. This romantic fairytale anime about a hard-working herbalist who runs away from one prince and winds up in the arms of another is just ten kinds of amusingly delightful.

The art style for this show screams of a different time, a purer time, when good really did triumph over evil. It made you want to believe. This show made Mondays not suck as much for a while. I don’t know what I’ll do now that it’s finished…. But at least I have wallpapers like these to fill me with that hope and light when I open my phone.

Snow White with the Red Hair 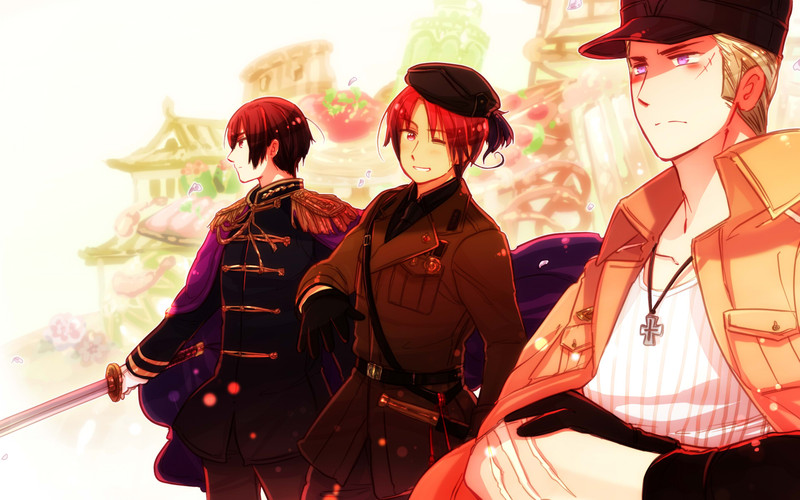 Hetalia began life as a webcomic but has become so, so much more in the ten years since it began. This show goes through history, politics, and cultural divides through the lens of personified countries. Japan is a soft-spoken recluse with a love of cats. America is a cheeseburger-gobbling maniac always calling himself the hero. Germany is a stern man who wants quiet, good beer, and for Italy to go away. And Italy just wants to bask in the sun with pretty women and eat pasta all day.

This wallpaper hearkens back to the early chapters of the show when it covered World war II and the dynamic between the Axis powers Germany, Japan, and Italy. If you need to brush up on your history or just want to laugh about everyone forgetting about Canada all the time, this is the show for you. 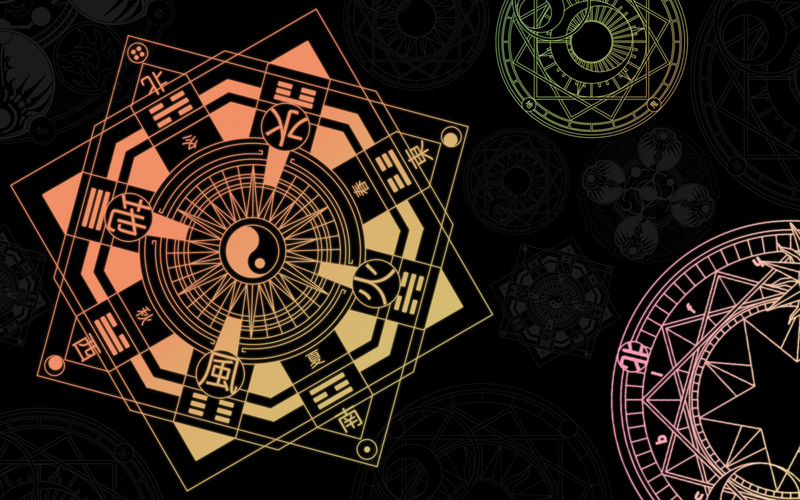 When you think magical girl, you might think Sailor Moon is tops. And you’d be wrong. Because Card Captor Sakura is the best magical girl show of all time. It’s made by CLAMP, one of the best manga teams of all time (which was an all-girl team, by the by). It had a beautifully complex story behind it. The artwork throughout the series was breath-taking (the costumes! The transformations! The cards!!). It deserves your love and admiration. (It also deserves a reboot.)

Speaking of breathtaking artwork, the many types of magical circles and seals used throughout the series are mesmerizing, and this dark background makes them seem to glow and rise off the screen.