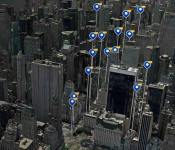 Already a big deal on Windows Phone and soon to make its way to Android via Samsung, Nokia’s kept quiet over whether HERE Maps will make ever make a return to Apple devices. More than eight months after it pulled the original HERE Maps app from the App Store, citing iOS 7 compatibility issues that “harmed the user experience”, the company has now confirmed that a new iOS app is indeed on the cards. Speaking with the Wall Street Journal, Nokia SVP Sean Fernback admitted that after the launch of the first app “went horribly wrong,” the mapping team has regrouped and is now on course to launch a revamped iOS and new Android app before the end of the year. Given that we’re likely to see a new iPhone (or iPhones) in less than a week, Nokia’s unique mapping features, like true offline maps, will need to work flawlessly on iOS 8 if it’s to avoid a repeat of last time.