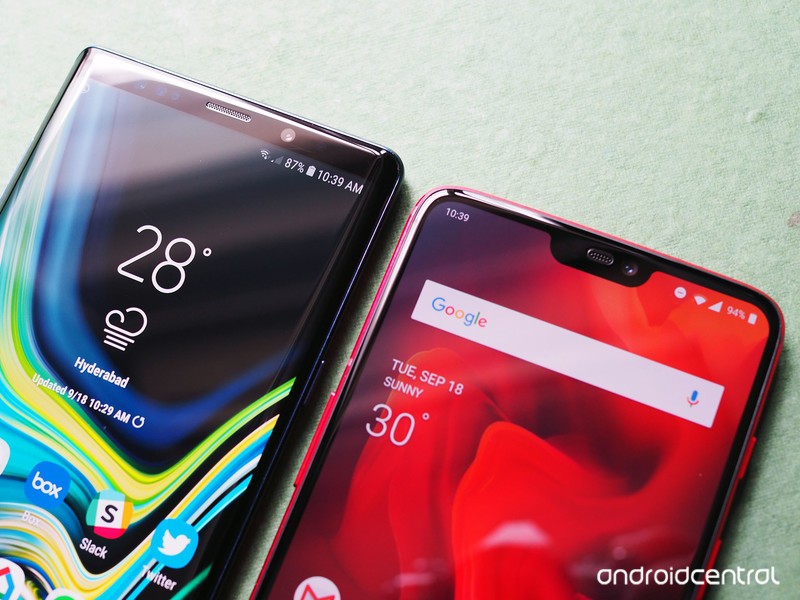 New ‘Infinity’ displays with cutouts are here, and they’re probably coming to Samsung’s own phones in 2019.

Display notches are definitely “a thing” in modern smartphones, particularly at the high end. If you’re looking to buy a new phone, it’s probably going to have some sort of display notch — tall, short, wide, narrow, curved or angular … it’ll be there. That is, unless you buy a Samsung phone; the company has been staunchly anti-notch, sticking with the virtues of its curved “infinity display” as the rest of the industry pushed the bezels to their limits and took the notch as a compromise.

Samsung’s advertising leans heavily on the fact that its displays are curved, immersive and decidedly notch-free. And it works. I’ve heard from countless Samsung fans that have stuck with the brand purely because its phones don’t have a notch (yes, people care about it that much). Now, it looks like that’s going to change.

Samsung’s SDC 2018 keynote was filled with hype for foldable displays, as we got to see a prototype of its forthcoming foldable phone, the Galaxy X (or whatever it will be called officially). Funnily enough the foldable phone doesn’t have a notch, as it seems to have considerable bezels to hold all of the necessary sensors, but alongside the announcement of the “Infinity Flex” display technology, Samsung has other new standard-looking displays to show off: Infinity-U, Infinity-V, Infinity-O and New Infinity. The first three of which sport a display notch or cutout, either in a standard style (in the case of the V and U) or in a hole-punch style circle (O) with the display flowing around it. 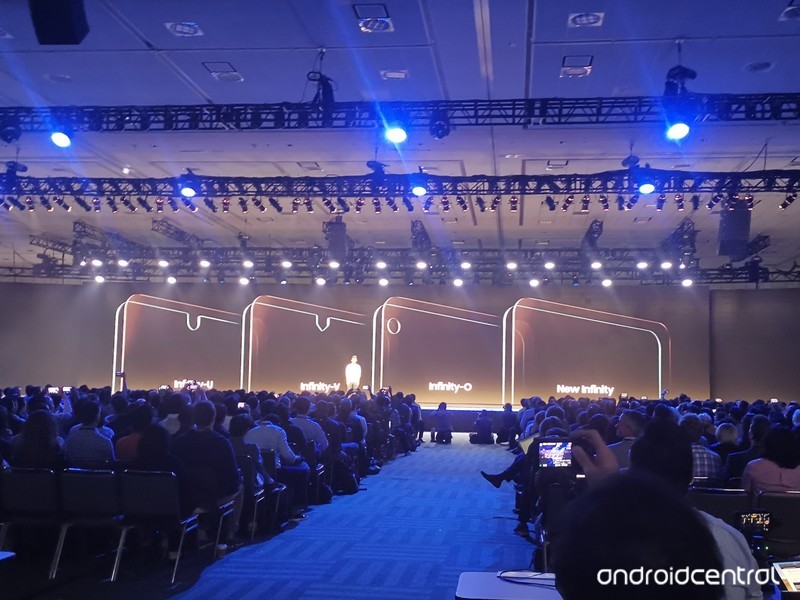 Ostensibly these new designs are up for sale for phone manufacturers of all kinds to use, just like the new Infinity Flex display and dozens of different iterations of great OLED display tech from the company up to this point. But it’s also a bit of a peek into what Samsung’s developing for use with its own phones going forward. Samsung’s display division has been making display panels with notches for years now, but hasn’t necessarily advertised it to the public. With the three new designs that have display cutouts, branded with “Infinity Display” just like its current Galaxy S9 and Galaxy Note 9, it’s a strong sign that Samsung will cave into the trend of launching a phone with a notch very soon.

That’s bad news for all of the Samsung fans that have held onto the company’s phones specifically because they didn’t fall to the market pressure and use a notch. But the reality is that this is where smartphones are headed, at least in the short term, until supporting technology to hide things like cameras and sensors fully behind the display — or elsewhere on the side of the phone — gets to the level of not having notable compromises. Samsung, having provided millions of these displays to other companies already, knows the trend and is surely developing its own phones with the new displays.

The only possible wiggle room here, which will keep notch haters’ hopes alive, is that fourth display shown off at SDC in the image above: the “New Infinity” display. That’s the next generation of Samsung’s current flagship display, and it doesn’t have a notch. That new display presumably sticks with the tightly-curved sides and pairs it with even smaller bezels all the way around, which really is the best possible situation — even if you’re neutral on the whole notch thing, you’d surely prefer to not have one if you had the choice. These new U, V and O displays are certainly for sale to third parties, but could also make their way into only Samsung’s mid-range lineup, like the Galaxy A series, while leaving the Galaxy S10 and Note 10 to stick with New Infinity displays as a point of differentiation from the notch-laden crowd. 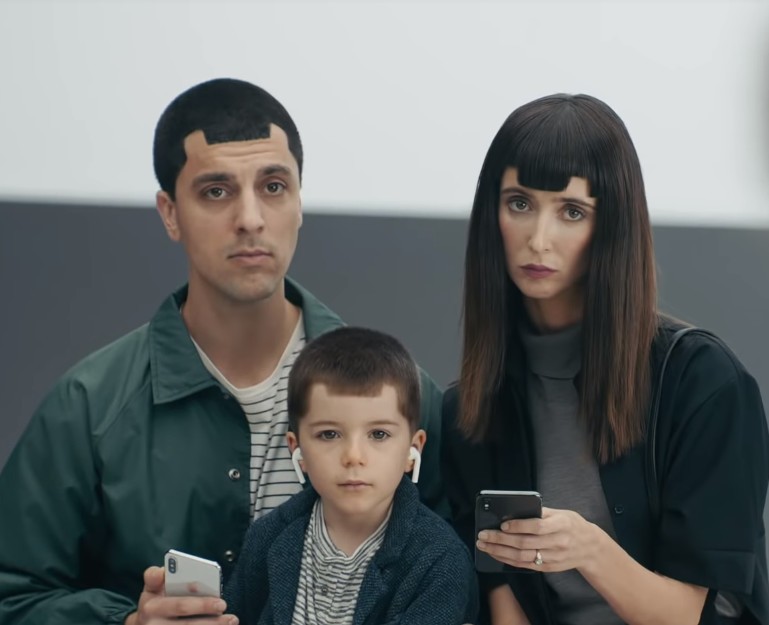 And that sure would behoove Samsung, which has incessantly mocked other companies for shipping phones with display notches. It has run several high-profile ad campaigns pointing out the downsides of display notches (particularly on Apple phones and how much better the Galaxy line of phones is because it has a full edge-to-edge “Infinity” display. To go back on that just a year later would surely look hypocritical, particularly if it were to do so in its highest-end devices, and alienate a vocal (albeit likely not large) group of fans that stood by Samsung’s decision to skip the notch.

But that’s still speculation at this point, and it’s worth betting that at least one Samsung phone will be launched in 2019 with a display notch. The question is whether Samsung can bring itself to do so in the flagship Galaxy S10, the face of the company for tens of millions of people, or if it will listen to its own advertising and keep selling Galaxy S phones without a display notch.