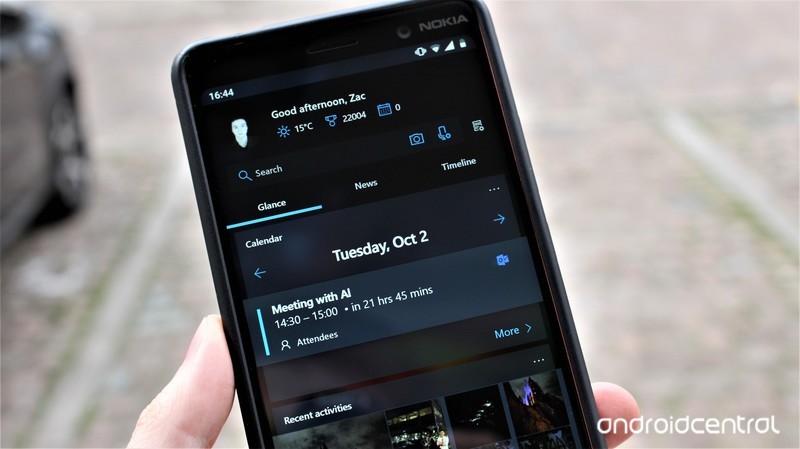 Microsoft Launcher’s big update to version 5.0 is now rolling out to everyone on Android, coming a little over a month after first launching for beta testers. This update brings several added tweaks and features, but the biggest addition by far is Windows Timeline integration.

Timeline support has been a long time coming, with Microsoft promising its eventual release earlier this year. Now, when you’re signed into the same Microsoft account on your PC and Android phone, your Windows Timeline activity will sync between devices. This allows all of your browsing activity from Microsoft Edge to show up in your Timeline on your phone, and vice-versa. Additionally, documents will appear in Timeline as well, so you can pick up where you left off in any Office documents, should you have the Office apps installed on your phone.

The other major change is related to the Feed layout, which now features dedicated tabs for News, Glance, and the aforementioned Timeline. The news tab is essentially one long feed of the latest headlines, powered by Microsoft News. This replaces the News widget that previously lived in the Feed. Glance, meanwhile, is similar to the previous Feed, albeit with a much cleaner interface that shows you relevant information at a glance with dedicated widgets.