Hype surrounding flexible displays has been growing steadily for years now. Despite their ability to enable unprecedented form factors like foldable smartphones, flexible displays have long been nothing more than something to show off at electronics shows. However, that’s about to change.

Samsung is gearing up to reveal its first foldable device later this week, with LG and Huawei set to follow in 2019. While everyone was expecting Samsung would get the “world’s first” bragging rights, that honor went to a tiny company not many people may have heard of. I recently went hands-on with the Royole FlexPai, the world’s first foldable smartphone. Here are my thoughts.

Thoughts on the foldable display

In its extended position, the FlexPai is more similar to a tablet than a smartphone. It features a 7.8-inch 1440p AMOLED display. The display itself is bright and offers saturated colors; I didn’t notice any difference in quality compared to standard AMOLED panels in traditional smartphones on the market today.

As you may have noticed, the display is sized at a 4:3 aspect ratio, presumably so the device can better function like a traditional phone when folded.

MWC 2018 didn’t feature any flexible phones, despite the hype that’s been building for years. However, you might not realize that flexible displays are already here. They could even be on your phone right now, …

The folding mechanism is supported by a hinge composed of over 100 unique components. The hinge seems very sturdy, but obviously the real technical achievement comes in the form of the flexible display. In addition to the underlying flexible display panel, Royole is using a type of flexible plastic material instead of the familiar cover glass.

While the plastic does not feel nearly as premium as glass, it’s probably the best material available for the task. As an added benefit, it effectively makes the FlexPai shatterproof. 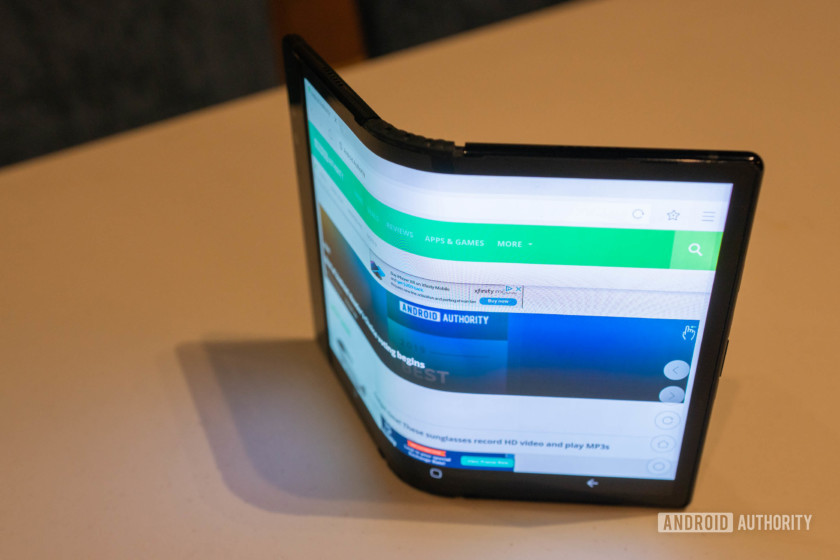 Taking the Royole FlexPai from tablet to phone mode is pretty straightforward. It’s just a matter of taking both sides and folding it down the middle. The hinge supports pretty much every angle, so you can fold and use it in any position you wish. Royole claims the FlexPai can be folded at least 200,000 times, which should be enough for several years of normal use. 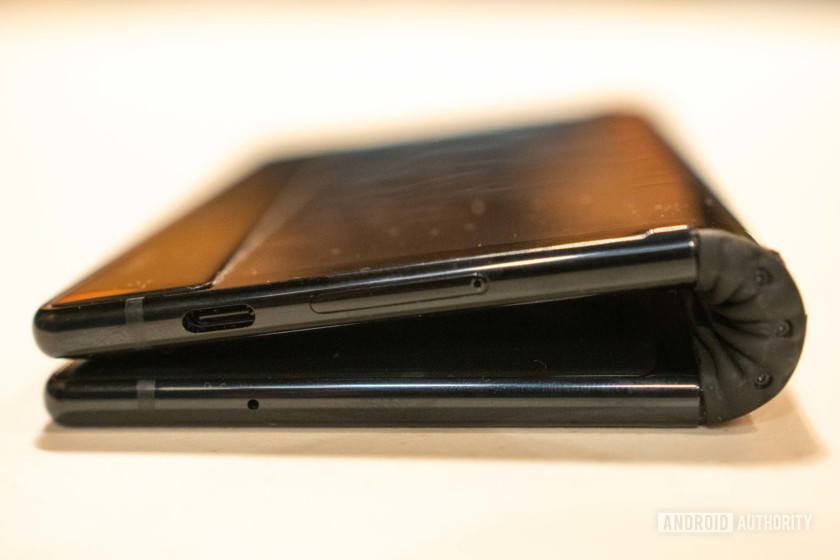 I couldn’t help but feel nervous when folding and unfolding the FlexPai during my time with it. Even when I placed my hands at the center of each side, the amount of force required to get the device to fold all the way down made me worry that I might break it. This is something that could be addressed with an improved hinge design in the future.

A device for developers

Royole is already taking pre-orders for the FlexPai and will begin shipping units worldwide around the end of this year. In the United States, the FlexPai is priced at $1,318 for the 6GB RAM/128GB storage model and $1,469 for the 8GB RAM/256GB storage model. Those prices may seem high to an everyday consumer, but it’s important to keep in mind that the FlexPai is intended for developers and enthusiasts. That audience will understandably have an easier time justifying the high cost. 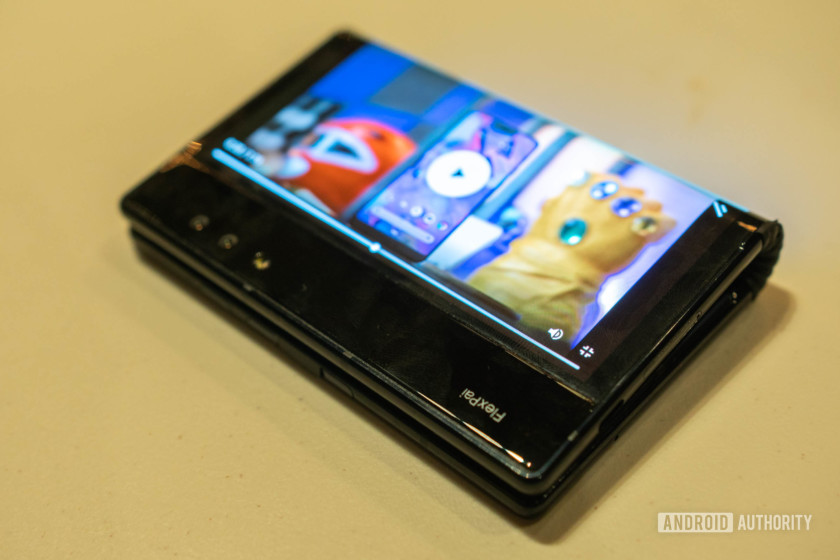 The other device specifications are pretty standard for a high-end device. When it ships, the FlexPai will have Qualcomm’s latest 8-series chipset, dual-SIM and microSD expansion support, dual-cameras, and a 3,800mAh battery. Royole also says that you’ll be able to charge the battery up to 70 percent within thirty minutes — just like the Mate 20 Pro.

Royole will ship a customized version on Android 9.0 with the FlexPai. I went hands-on with a pre-production unit, so the software was extremely buggy when I used the device, For example, the FlexPai’s software didn’t keep up with folds and unfolds well as UI elements would sometimes distort, the screen wouldn’t correctly rotate, and apps would crash… sometimes the entire device, too. 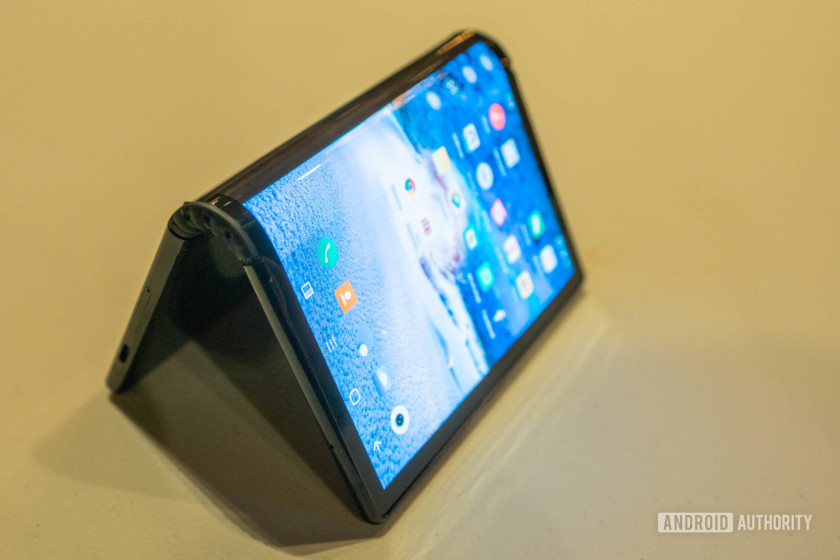 Royole assured me that they were working on the software issues and would have them addressed before the release in six to eight weeks. It’s likely that what they were showing me was somewhat rushed which would explain why the experience left something to be desired.

Why this is still significant

Make no mistake: The Royole FlexPai firmly asserts its position as a first-generation product. The pre-production unit I tested was very impressive, but ultimately felt like a half-baked product. Even if you aren’t going to buy a FlexPai, however, the commercial release of such a product may end up being a major milestone for the tech industry as a whole. 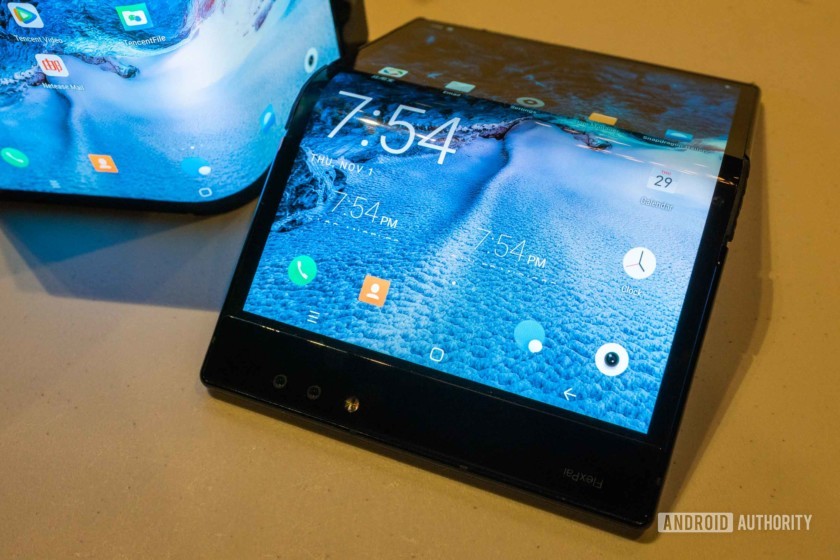 Arguably, the main reason why it’s taken so long for flexible displays to arrive in consumer products is general disinterest in production among suppliers. Therefore, Royole’s major investments in production facilities ($1.2B) in order to make this tech more readily available is admirable. It may be a tiny company, but it’s managed to grab the “first” tag before the larger manufacturers.

All things considered, I think it’s best to treat the Royole FlexPai as a signal to the industry rather than a product you might actually buy as a general consumer. As suppliers compete with each other, we can expect prices to implement this tech to go down and the pace of innovation to go up.

Learn more about the Royole FlexPai