Amazon’s heavy hitter has been overhauled with a focus on quality and volume. 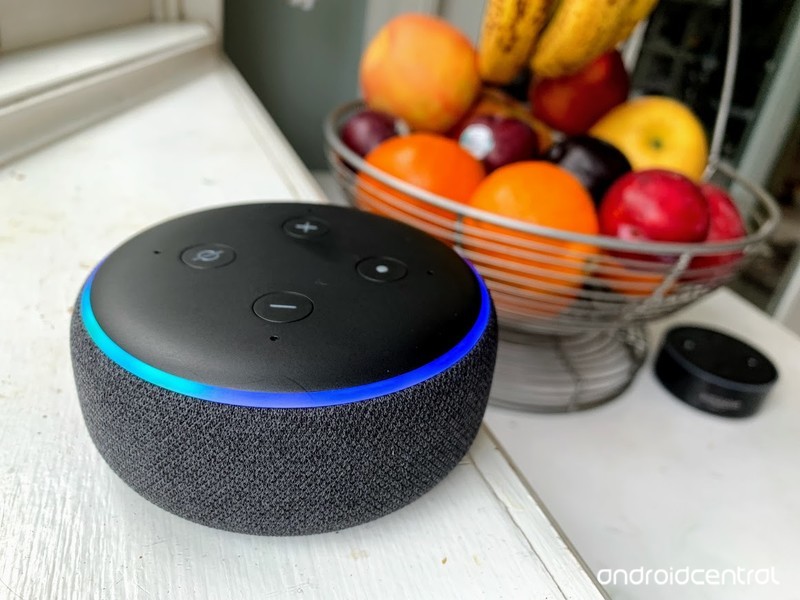 When people say they have an Amazon Echo, they almost always mean they have an Echo Dot. The cheapest of the Echo family regularly drops into stocking-stuffer price points, which allowed for these speakers to quickly rise in popularity over the last two years. But popularity doesn’t necessarily mean quality, and the competition quickly moved to make mini speakers with better speakers and a more visually pleasing design.

Amazon, now on the third generation of its Echo product line, has responded with a new Dot. And at first glance, it looks an awful lot like Amazon is reacting to the competition. After a few days of using it, and seeing how much better this new speaker is over its predecessor, I think the only company Amazon is competing with is itself.

Crank up the volume 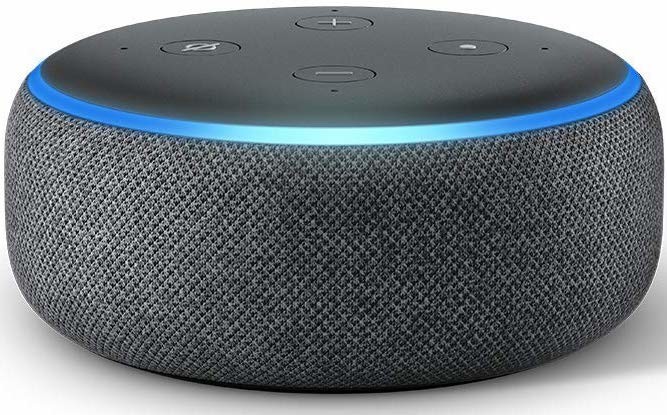 A worthy upgrade in almost every way.

Amazon’s Echo Dot has grown up quite a bit, bringing with it improved audio and noticeably better microphones. 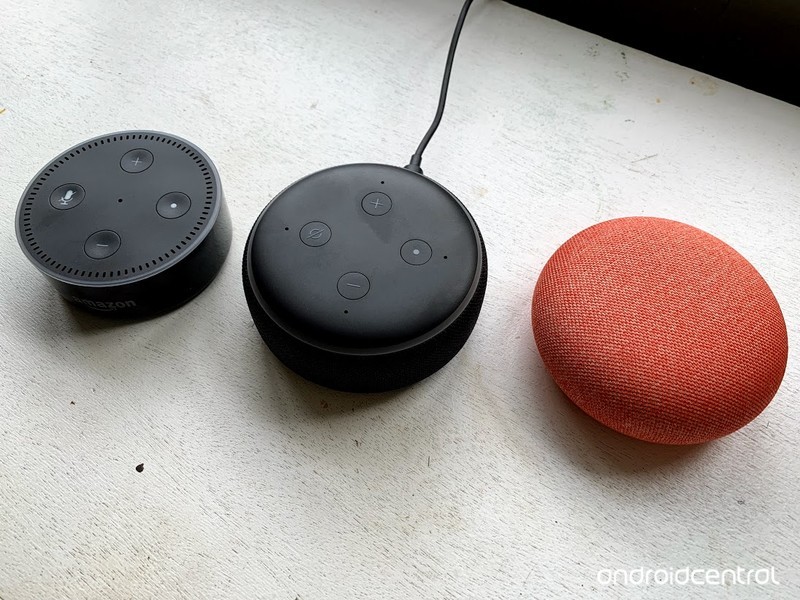 I thought I knew exactly what I was getting myself into as I opened the box to the new Echo Dot. It’s an Echo, after all. Alexa is a ubiquitous platform, and the Echo Dot is supposed to be the low end of what this experience offers. I wasn’t expecting a lot of surprises here, as I already have multiple 2nd Gen Echo Dots in the house.

Wow, was I wrong.

Every part of this experience exceeded my expectations, starting with the initial set up. On multiple occasions, I have had to go in through the Alexa app and manually pair to an Echo product because the auto detection had failed. This time it immediately connected and, because my Wi-Fi network was stored in my Amazon account, was available on my network almost instantly.

It’s not just louder, too; there’s a lot more character to the audio. You get some bass with your little speaker, which absolutely could not be said of the last Echo Dot. If you were planning on listening to music with the last Echo Dot, you really needed to connect a speaker to the 3.5mm jack at the back. With this new Echo Dot you can certainly do the same, but in smaller rooms, you probably won’t need to. In fact, there’s a reasonable argument to be made for having two of these Echo Dots paired and playing audio together from different sides of the room instead.

This increase in volume meant a change in how the microphones on the Echo Dot are set up. The previous generation could barely handle picking up the Alexa passphrase when playing music at a reasonable volume, and the little animation for where the microphone thought the request was coming from is frequently wrong. This new Echo Dot has multiple microphones and does a noticeably better job picking up your voice even when the volume is up high. You can see the four microphone holes on the top of the speaker clearly, and the results are obvious from the moment you set it up.

This thing sounds better than its size suggests. A lot better.

Finally, I realize this is a small thing most people won’t notice, but the buttons on the top of the Echo Dot feel really nice. This speaker has the same four buttons its predecessor has, but they all have a more tactile and satisfying click when you press down on them. No more spongey buttons is a great thing, even if these buttons don’t get a lot of use. 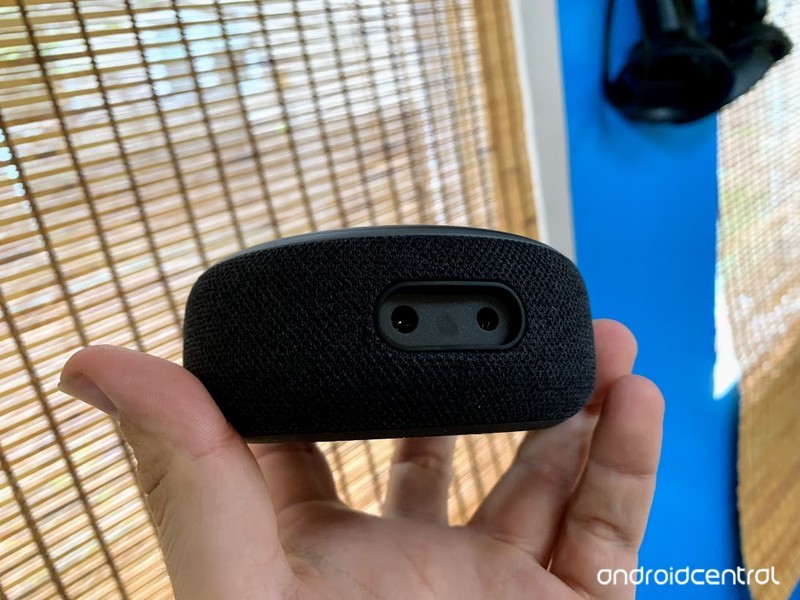 Amazon Echo Dot (3rd Gen) What I don’t like

Amazon gets lots of credit for making the speakers on the Echo Dot louder and adding some character to the sound these speakers produce, but louder does not mean better. At higher volumes, the audio quality on this speaker suffers. Everything becomes a little muddy at the 70% mark, and gets noticeably worse as it gets louder. At 100%, none of the songs I played on it were things I wanted to listen to. It’s cool to be able to say this speaker is louder and noticeably better than the one in the Google Home Mini, but kind of hard to see how it matters much if you don’t ever want to use it at those louder volumes.

This new Echo Dot is an improvement in nearly every way.

This new, louder speaker requires more power to drive it, which makes sense. The small 9W power adapter included in the previous Echo Dot has been replaced with a larger 15W power adapter, and at the other end the miniUSB has been replaces with a barrel connector. This isn’t a big deal to many, but I really liked being able to grab a random cable and use it to power an Echo Dot. I liked being able to connect to things that weren’t a standard wall outlet, but those features are gone now. And, honestly, I doubt many others will notice.

Amazon’s new design makes the light ring around the outside of the Echo Dot more visible from more angles, which is fantastic. Lots of people rely on this light animation to confirm Alexa is listening before giving a command. This new design doesn’t contain an LED array that is quite as densely packed as some other Echo products, though, so the animations look a little segmented at times and not quite as smooth as I’ve come to expect from this line of products. Also not a huge deal, just worth noting if you’re already a fan of these speakers. 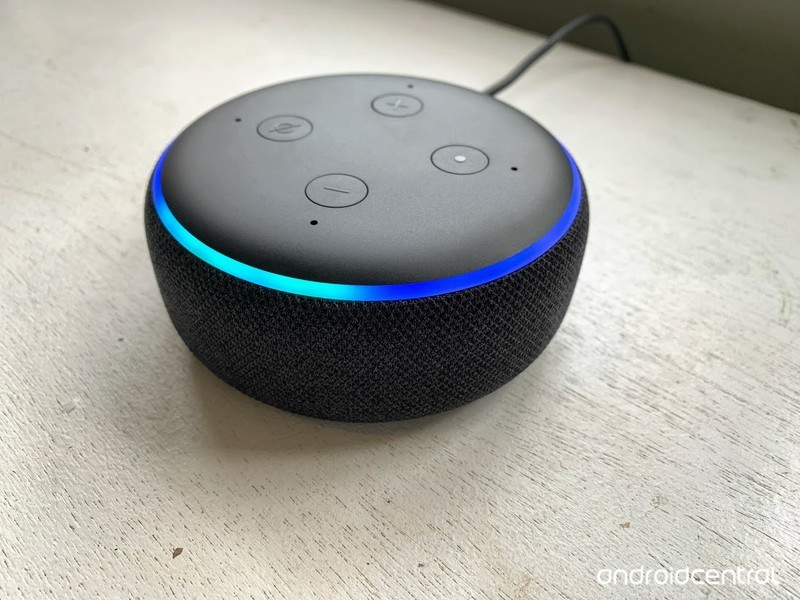 Amazon Echo Dot (3rd Gen) Should you buy it?

Amazon didn’t make a speaker to compete with Google or Apple. It made a speaker for people who want to try Alexa for the first time, or who already own an Echo Dot. This speaker isn’t going to convince anyone to switch platforms, and until we get to the holidays and Amazon drops it down to those crazy $30 prices there won’t be a mad rush to buy these from people who don’t already own them.

But if you own an Echo Dot right now and aren’t totally thrilled with it, this new upgrade is an improvement in nearly every way. If you are already a fan of the Alexa ecosystem, you’re going to love this speaker. In fact, if you’re looking for a first smart speaker, we think this is the one you should buy.

Personally, I’m excited to see which company makes a big battery enclosure for this so it can be portable. That worked really well for the last generation.