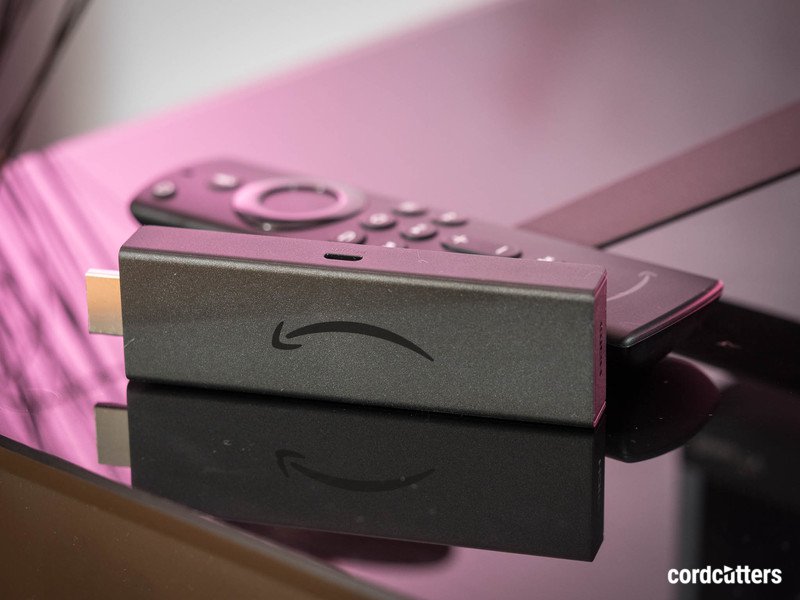 Nearly everything you’d want in a low-cost streaming stick with all the bells and whistles.

And Amazon finally has released a new remote control — with buttons for volume and power control — which had been sorely needed.

And it does all this in a device that tops out at $49, when not on sale. 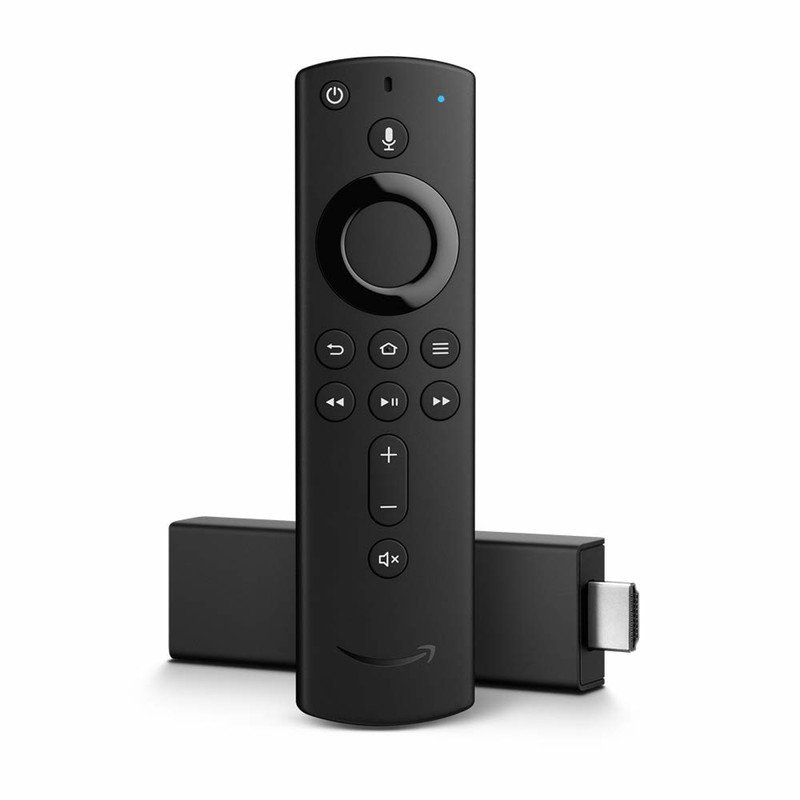 The best stick you can buy?

If you’ve ever used an Amazon Fire TV device, you know what to expect here. The Fire TV Stick 4K is the exact same on-screen experience you get from the Fire TV Cube, or from 2017’s Fire TV 4K pendant, which this stick replaces.

Not to dismiss what’s going on here, but from an end-user standpoint this Fire TV Stick 4K is a pretty simple iteration. It’s support for 4K resolution and adds Dolby Vision alongside HDR 10. It still does Dolby Atmos for audio, though Atmos-laden content (through Amazon, anyway) still remains pretty limited.

Dolby Vision and a new remote are what truly make this a great $49 buy.

Dolby Vision is a decently big deal. It’s the better of the two HDR standards (HDR 10 is open-source, for what that’s worth), and you want your streaming device to support it. (If you don’t yet have an HDR-capable TV, Dolby Vision is a feature you’ll want to look for when it comes time to buy.)

But then there’s the issue of the remote control. When the Amazon Fire TV Cube was announced, I lamented the fact that despite having Amazon Alexa built in and accessible via a series of microphones, it still shipped with the same crappy remote control that lacked volume buttons or a proper power button. And my review confirmed that using your voice to control your TV is still a terrible way to control your TV.

Now we have a new remote control. It’s got volume buttons. It’s got a power button. And it’s the remote control that Amazon should have released years ago. There’s a little extra setup at the beginning, just to make sure the remote works with your television. That takes about 10 seconds, though, and is entirely normal. Amazon still has a great setup workflow.

(By the way, you can order one separately for $29 for use with a second-generation Fire TV Stick, Fire TV Cube, or the 2017 Fire TV 4K pendant.)

So, yeah. A couple of great iterations there.

And don’t forget about the price. The Fire TV Stick 4K retails for just $49, and for sure we’ll see it on sale for Black Friday at around $39.

There’s really no reason to not buy this thing, right? 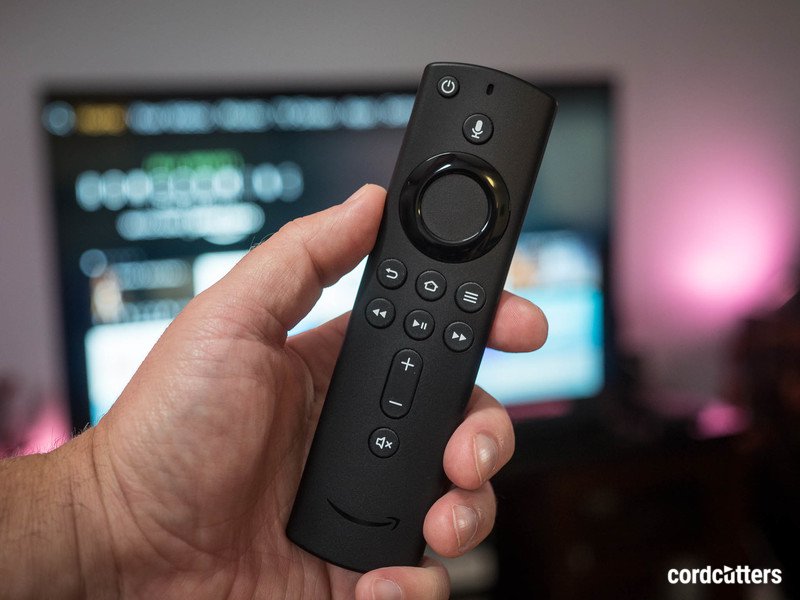 OK, here are a couple reasons

Amazon Fire TV Stick 4K What I don’t like

There’s not actually anything I don’t like about the Amazon Fire TV Stick 4K. It’s a simple product.

I could complain about the lack of an Ethernet port for hardwiring into my router, but I knew it didn’t have one when I bought it. (And you can always use Amazon’s $14 Ethernet adapter if you need to.)

I could complain about some streaming apps still being pretty slow — looking at you, DirecTV Now — but that’s not entirely Amazon’s fault, either, and certainly it’s not the fault of this product.

Or I could complain that YouTube TV (my current go-to for live TV) isn’t available on the Fire TV Stick 4K. But it’s also not available on any other Fire TV device, because Google and Amazon are still in a stupid war with each other. That’s also not the product’s fault.

From the standpoint of an end-user, it’s the exact same experience as before, only with better features, and a better remote. Full stop. 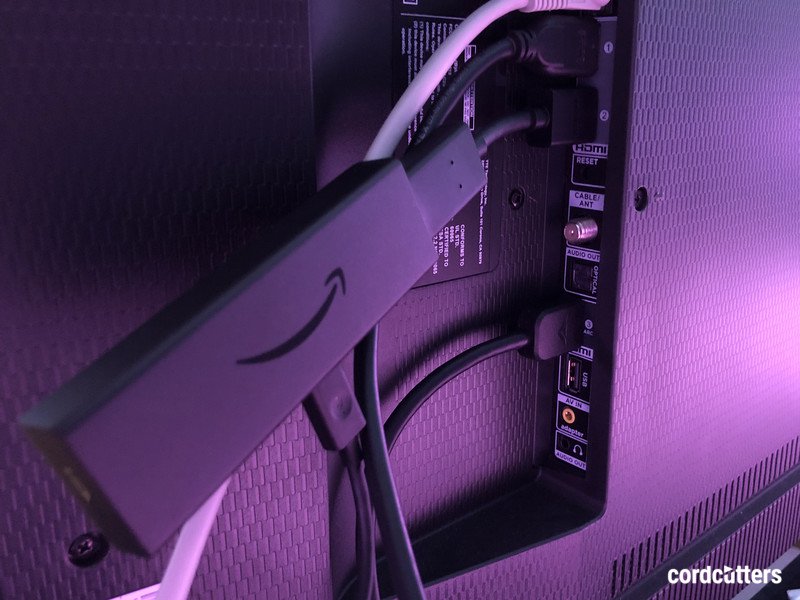 The Amazon Fire TV Stick 4K includes an HDMI dongle, which you might well need to use.

Should you buy one? Yes

If you were to stop me on the street and ask which Amazon Fire TV device to buy, I’d say this one. The Fire TV Stick 4K.

In fact, you don’t have to stop me on the street. Just read this. You can get a Fire TV Stick 4K and bundle it with a new Amazon Echo Dot and have all the hands-free fun you want, for a full $40 less than a Fire TV Cube.

If you don’t need a 4K-capable Fire TV device — I’d still recommend this one. Because one day you may have a 4K TV and want to use this. Better to spend an extra $10 today than an extra $49 to upgrade again later, right?

It’s got all the features you want. It’s got a better remote. So long as you don’t rely on YouTube TV (or YouTube proper, for that matter), you’ll have everything you need, at a great price.