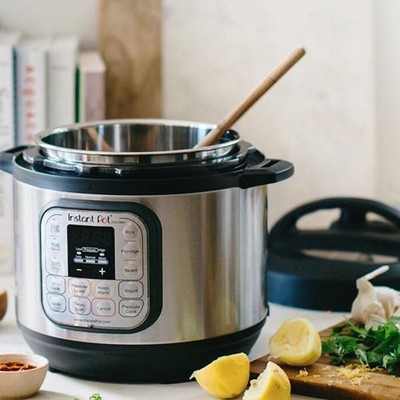 The Instant Pot Duo60 6-quart 7-in-1 multi-use programmable pressure cooker is down to $69.95 on Amazon. The pressure cooker normally sells for around $100. Its lowest price ever was a drop to $60 on Prime Day, but it hasn’t reached that price on Amazon since. We’ll see some discounts on it for Black Friday, but those tend to sell out in minutes, and they won’t be much steeper than today’s deal. In this instance it’s probably wiser to just get it while it’s in stock if you’re determined to get one for the holidays. You may also see a clippable coupon to save you almost $2 off, which just sweetens the deal even more.

You can use this as a pressure cooker, slow cooker, rice and porridge cooker, yogurt maker, cake maker, egg cooker, saute/searing, steamer, warmer, and sterilizer. The customer reviews are insane, too. It’s very user-friendly to boot. You’ll get a few different accessories, including a steam rack (with handles), recipe booklet, two different spoons, a measuring cup, and a user manual.

If you need recipe inspiration, check out The Instant Pot Cookbook. You might also want a tempered glass lid so you can see what’s going on.