Set yourself free with wire-free security cameras from Netgear Arlo

What does “wire-free” on an Arlo camera mean?

Netgear classifies its cameras into two broad categories: powered and wire-free. Powered cameras are security cameras that are traditionally powered by a standard cable, while wire-free cameras are not tethered to a power outlet or an Ethernet cable and are powered by a battery and connected via Wi-Fi. 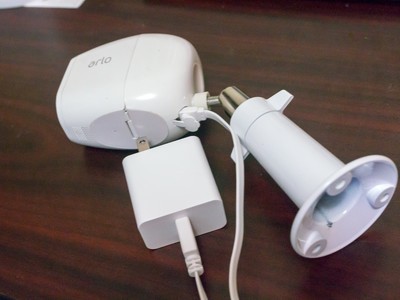 Which Arlo cameras are wire-free?

Netgear’s wire-free cameras include the Arlo Pro, Arlo Pro 2, and original Arlo (often called the Arlo Wire-Free) — which all rely on a Wi-Fi connection to Arlo base stations that sit safely inside your house — and the Arlo Go — which uses LTE instead. These cameras don’t rely on AC adapters for power, but rather replaceable batteries that can power the camera for a few months.

That said, you can use a power cable for your wire-free cameras, but since that requires leaving the camera’s port flap open, Arlo only recommends using the available power adapter indoors.

Arlo Baby is officially classified as a wire-free camera, but it actually straddles the line between the two, as it features an internal battery for a few hours of monitoring away from it’s charger, but it spends most of its time plugged in. As such, the Arlo Baby does not have the same waterproof ratings and is not meant to be used outside.

Weatherproof and futureproof: The benefits of Arlo’s wire-free cameras

Want to place a camera in an area without any nearby outlet, such as the ceiling of a room or the high corners of your front porch? Wire-free cameras mean you don’t have to worry about running a cable — or even worse, putting down a down dozens of cable clips, to keep it in place.

The Arlo Pro 2, Arlo Pro, Arlo, and Arlo Go cameras are also IP65 water-resistant, so you can mount them outside without having to worry about a storm soaking or shorting them out. These cameras are slightly more tolerant of hotter climates than the snowy north with a recommended temperature range of 32° to 122° F. Users have reported cameras functioning without issue down to 20° F before they start seeing Arlo’s built-in temp-triggered shutdowns, but you may want to consider bringing them inside if there’s a nor’easter coming.

Now, while wire-free is preferable, there can be certain instances when a powered indoor camera is more practical or functional than wire-free models, and if any of these situations apply to you, then you should seriously consider a powered camera over the wire-free models. 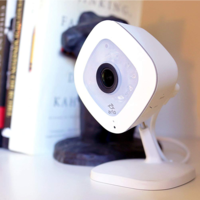 Again, powered cameras are indoor-only and have a range that it limited by their wires, but using PoE, the Arlo Q Plus can be immensely flexible in its mounting because CAT5 Ethernet cords can be bought in every length imaginable. 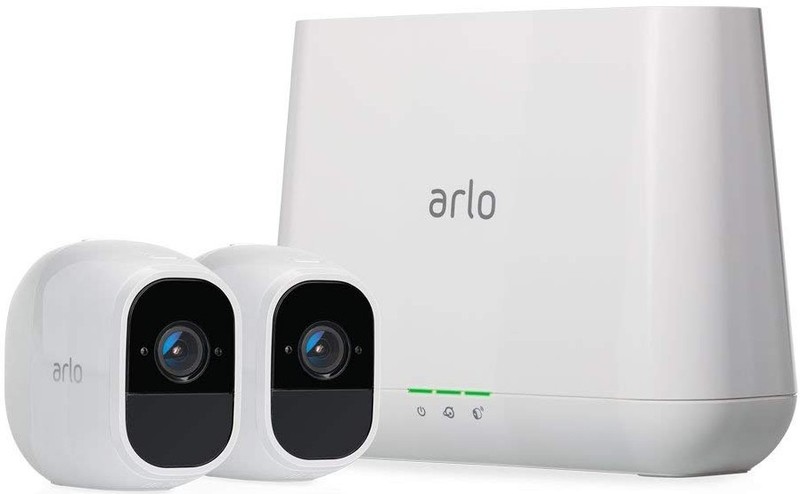 These wire-free cameras can be used just about anywhere you can screw in the mounting bracket.

Arlo’s Pro 2 cameras are 1080p so you can make out details and faces more easily, the Arlo Pro 2 base station allows you to store up to 7 days of recordings for free both in the cloud and locally thanks to the USB backup option.