RGB backlighting may be all the rage in every PC component and peripheral from mice to RAM, but Dell clearly thinks that the bog-standard LEDs being used in most designs aren’t up to scratch, as it’s filed a patent to use OLEDs instead. It describes using an OLED panel in each key of the scissor-switch keyboard to illuminate the keycap. Maybe we’ll see such designs in future versions of its gaming laptops, like the Dell G3.

Mostly used in display technologies, OLED lighting has a number of advantages over traditional LEDs. When used in TVs, for example, OLEDs allow for thinner designs and blacker blacks, since they act as individual pixels, so when turned off, they are actually off. In the context of a keyboard, however, they could offer a way for keyboard (and by extension, laptop) manufacturers to cut down on the size and weight of keyboard lighting components, potentially leading to slightly thinner and lighter devices, as well as offering more nuanced lighting options.

The Dell patent was filed at the start of May 2017 and was approved at the start of November this year. It discusses the use of a pair of housings within a keyboard key, one being the switch and the base of the keyboard, and the second, the light-emitting keycap. It suggests two potential methods of lighting up the key. The first would have a cut out that sits over an OLED film, while another suggests an OLED sheet shaped like the key it represents, embedding the sheet into the keycap itself. 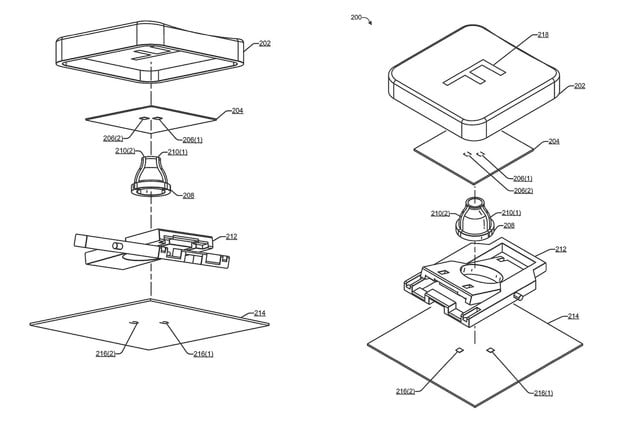 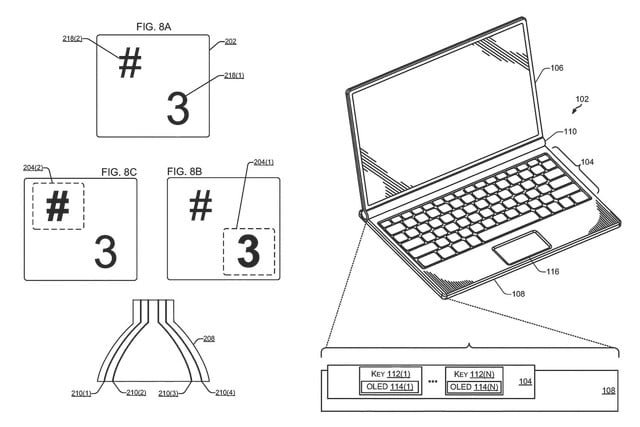 Traditional LED lighting, say in the case of Cherry MX mechanical switch keyboards, sees an LED built off-center into the housing for the switch mechanism. This can result in uneven light coverage in the keycap, which is why clear switch housings, which help disperse the light more evenly, have become more commonplace. Membrane boards must illuminate larger swathes of the board itself to achieve a similar effect. Both cases can result in lots of light bleeding around the keys. That can provide an attractive effect, but Dell’s patent has the option to eliminate that entirely. In theory, Dell’s design could light up the keycap indicators only.

Another advantage of OLED lighting in a keycap could be to give greater control to the user. While LEDs allow for per-key backlighting, OLEDs are small enough that if used in adequate numbers, could allow for inter-key backlighting, such as providing different colored lighting for different parts of a keycap, or even animations within individual keycaps.

Taken to an extreme, Dell’s patent could even allow for something like the classic Optimus Maximus keyboard from Art Lebedev, which buried entire OLED displays into each key.

Read more from News
← Microsoft patent could let you write on both sides of the Surface Pro
Bright idea: this motorcycle jacket has built-in lights that sync with your bike →