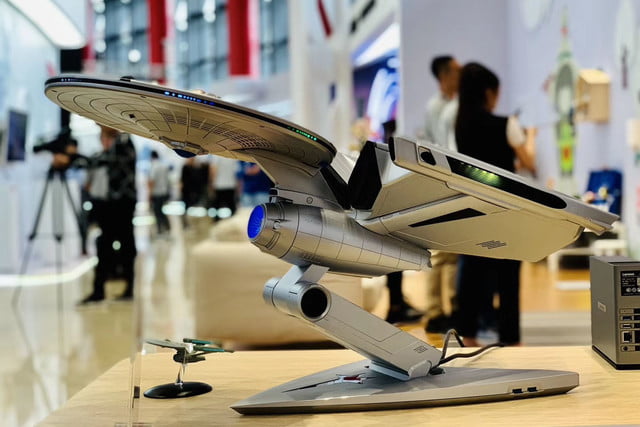 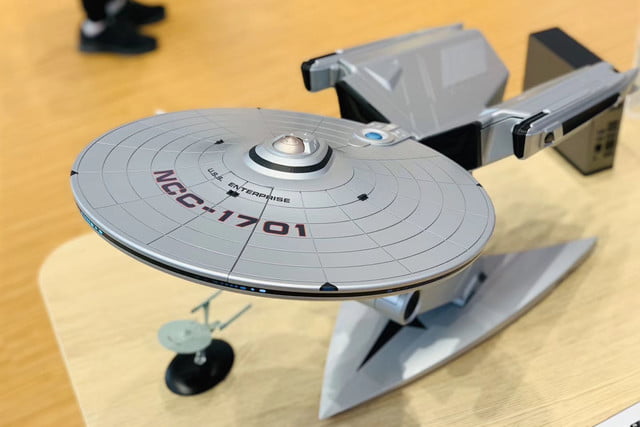 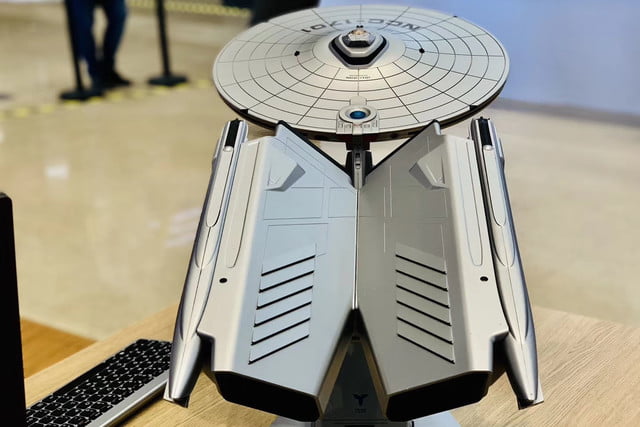 As the result of what we can only assume was a Star Trek-induced Netflix binge, the design team at Lenovo showcased its latest addition to the PC market, and it’s in the shape of the USS Enterprise. Modeled after the 23rd-century Federation starship, the Lenovo Titanium Enterprise NCC-1701A is a massive metal construction PC poised to freeze Star Trek fans in their tracks. The exterior design of the machine isn’t all that’s impressive, either, taking a look inside reveals quite a few surprises.

Avid Star Trek fans may be quick to point out that the PC doesn’t quite match the design of the Enterprise, but rest assured, Lenovo named the machine accordingly, and it matches the USS starship as close as possible while fitting in all the needed pieces. After all, where else would you fit in Nvidia’ next-generation GeForce RTX 2080 graphics? That’s right; there is more than just a warp core onboard this ship.

The Lenovo Enterprise PC comes stocked with the aforementioned GeForce RTX 2080 GPU, an overclocked ninth-generation Intel CPU, 32GB of DDR memory, a 1 TB M.2 SSD, and a 2 TB HDD. The Enterprise is also set to receive transmissions with a custom high-performance LAN and Wi-Fi setup. It has been made clear that this PC isn’t just a showpiece; it is aimed at serious gamers with a bit of a Star Trek obsession.

The Star Trek dream PC was unveiled in China at Lenovo’s Beijing Tech World Conference and has been receiving attention for its unique design. Beyond the standard specifications we would expect to find on a desktop PC, Lenovo has also managed to fit in a few surprises including LED lighting and a mini projector. We aren’t sure if you will be taking this machine into the boardroom anytime soon, but if you choose to do so, know that you will be able to present a killer PowerPoint.

Trekkies looking to purchase the PC starship will find it starting for around $2,180, but it is only available in China. Lenovo has yet to comment whether or not the Titanium Entperise will be traveling to any other countries. Until then, we can at least relish in the fact that Lenovo has boldly gone where no computer manufacturer has gone before.