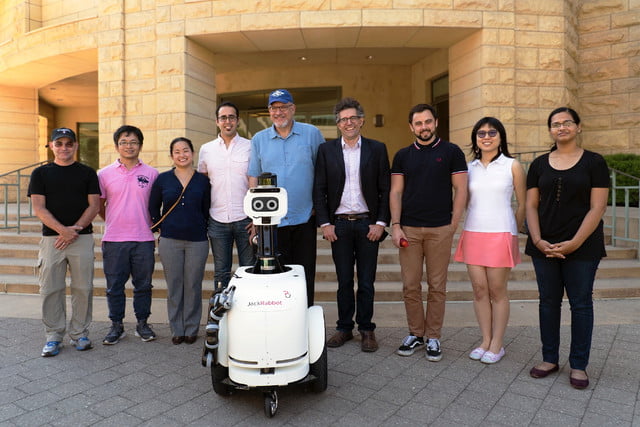 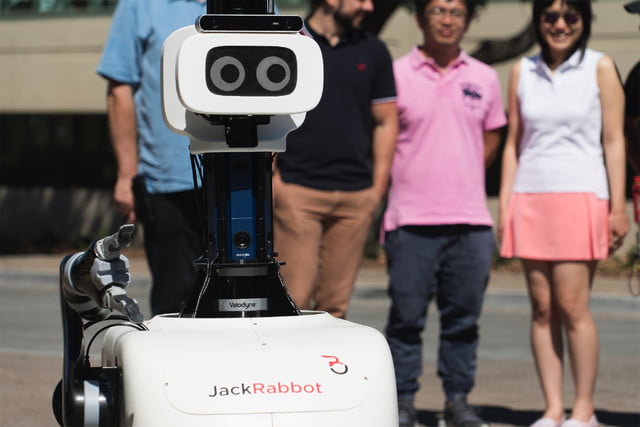 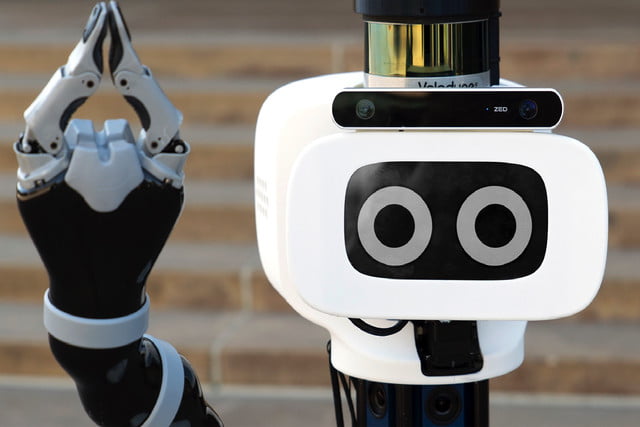 Boasting a human-friendly appearance, with a two-fingered arm, squat body, and large cartoonish eyes, you could be forgiven for thinking that JackRabbot 2 is a character from some as-yet-unannounced sequel to Pixar’s WALL-E. In fact, it’s a real robot created by researchers at Stanford University — which was first shown off at an on-campus event this week.

The goal of the JackRabbot 2 project (known as “JR2” by its creators) is to build a robot that’s not just capable of navigating around the sprawling Stanford campus, but to build one that is also able to do so while surrounded by people. After all, if the future is going to see us live and work among robots (or vice versa), it’s important to figure out the rules of social engagement as soon as possible.

“JR2 focuses on being in human environments with humans,” Professor Silvio Savarese, associate professor of computer science, who leads the JackRabbot project, and Roberto Martín-Martín, postdoctoral scholar of Computer Science, told Digital Trends. “Previous technologies have focused on moving a robot from A to B. We focus on moving JR2 from A to B in a way that obeys human social conventions and etiquette. The robot respects personal space, groups of humans talking, and pays extra attention — even reducing the velocity if needed — when it is necessary to pass close to a person.”

As its name implies, JR2 is the second robot in the JackRabbot series. This one adds considerably more hardware to the mix, however — including two state-of-the-art GPUs, better sensors with 360-degree lidar, depth cameras on its head, microphones, and an arm. “JR2 can convey intentions to humans using its arm,” the researchers said. “But it can also interact with the environment, open doors and drawers, grab us a coffee, and bring it to us.”

It is also designed with more human interactivity in mind: for instance, communicating via arm gestures, smiling or frowning, and using lights, sounds, and a simplified voice.

In short, it sounds like the robot butler of our dreams, although the team notes that it is not quite consumer-ready yet. On a scale of 1 to 10, from fundamental research to consumer product, they rate JR2 as a 7.

“For example, in terms of mobility and social navigation, we are a bit higher, probably at 8,” they said. “When it comes to interacting physically with the environment with the arm we are a bit behind, probably at a 6. Interaction is difficult. We are working on these last two to three points to make mobile robots to be ready to deliver your products, guide you in airports, or assist you at home.”