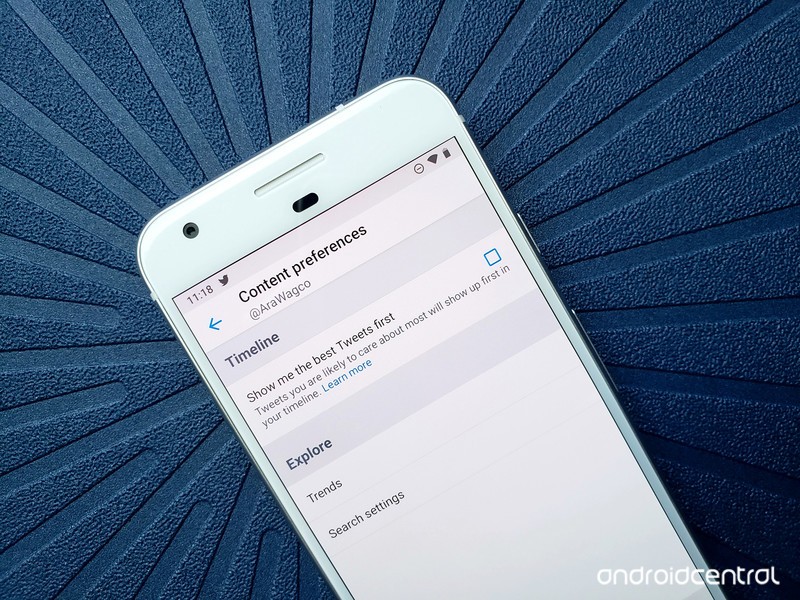 Twitter made a horrible mistake years ago, and now they’re beginning to make it right again.

Now, we can truly get back to basics and reclaim a reverse chronological Twitter feed.

Now, when you disable the “Show the best Tweets first” setting in the Twitter app, you’ll only see Tweets from people you follow in reverse chronological order. Prior to this change, turning this setting off would still show you the “In case you missed it” section of Tweets that broke up the chronological flow.

Open Twitter.
Tap your avatar in the top left corner.

Tap Content preferences.
Tap Show me the best Tweets first to toggle it off and put Twitter back in true, uncluttered reverse chronological order.

Note: if Show me the best Tweets first was already unchecked, tap it twice to recheck it and uncheck it again and turn off the “In case you missed it” tweet blocks.

In the coming weeks, Twitter also says it’ll introduce a feature that allows you to switch back and forth between two tabs on your timeline — one for the latest Tweets and another for what it thinks are most relevant to you.

Read more from News
← Save up to 40% on Anker’s chargers, cables, portable batteries and more
How to pair Bose QC 35 with an Android phone →