The image was shared on Twitter by Ben Geskin, a leaker who often highlights images pulled from Chinese social networks and other similar sources.

It’s not known if these SIM trays are legitimate, but rumors have suggested Apple is planning to release the 6.1-inch iPhone in multiple color options. Apple has reportedly considered colors that include gray, white, blue, red, pink, black, and orange. 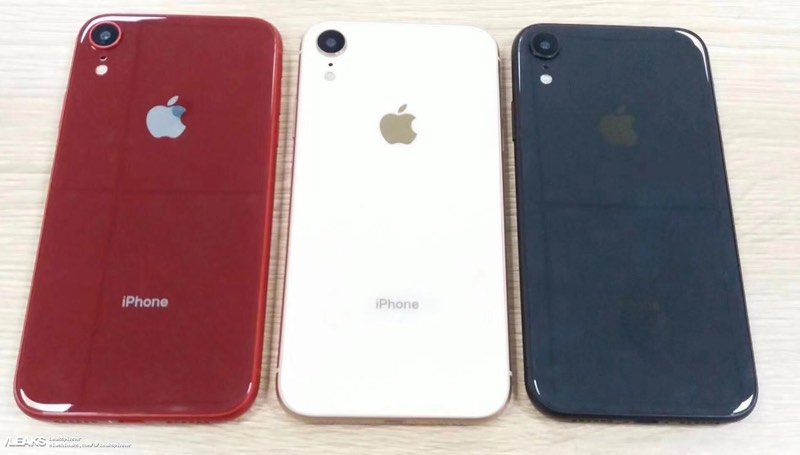 Last week, images depicting 6.1-inch iPhone dummy models in white, blue, pink, and red began circulating, but at least one of the colors doesn’t match up between the dummy model and the SIM tray seen here, as the blue SIM tray appears lighter in color.

Apple’s 6.1-inch iPhone is expected to feature an LCD display and a single-lens camera to keep costs lower than the two OLED devices that are in the works.

Rumors have suggested Apple could perhaps call the lower-cost device the “iPhone Xr.” Other prospective names have been floating around as well, including “iPhone 9” and “iPhone Xc,” harkening back to the iPhone 5c that came in multiple colors.

Apple is set to unveil the new 6.1-inch iPhone alongside the 5.8-inch OLED “iPhone Xs” and the 6.5-inch OLED “iPhone Xs Max” at an event that will take place at 10:00 a.m. Pacific Time tomorrow morning. For full details on what to expect when the new iPhones debut, make sure to check out our roundup.

The 6.1-inch iPhone could potentially be available in limited quantities at launch or pre-orders for the device could begin at a later date as rumors have indicated that Apple has faced some delays due to production issues.

Related Roundup: iPhone Xs
Discuss this article in our forums