Amazon Alexa is built directly into Brilliant Control, making it easy for those in the Amazon ecosystem to control their products with their voice using the light switch. For whatever light switch you are replacing, Brilliant Control also turns these bulbs into smart lights through the touch and voice control system.

Brilliant Control is compatible with Sonos, allowing the light switch to act as a hub for music playback on Sonos’ line of smart speakers. The device also acts as a speaker system if you have two or more installed, so one person can make announcements to the rest of the house or use it as a video intercom between specific rooms.

Connected smart features include being able to see who is at your door by displaying the feed from a Ring doorbell, adjusting the temperature of Nest with touch or voice control, controlling Hue scenes, and more. Brilliant Control’s display can also act as a picture frame when not in use, displaying family photos, art, or even seasonal themes.

Next to the touch screen are grooves that represent the traditional light switches you’ve replaced using Brilliant Control. Users can slide their fingers along each area to adjust the lighting for each respective fixture. 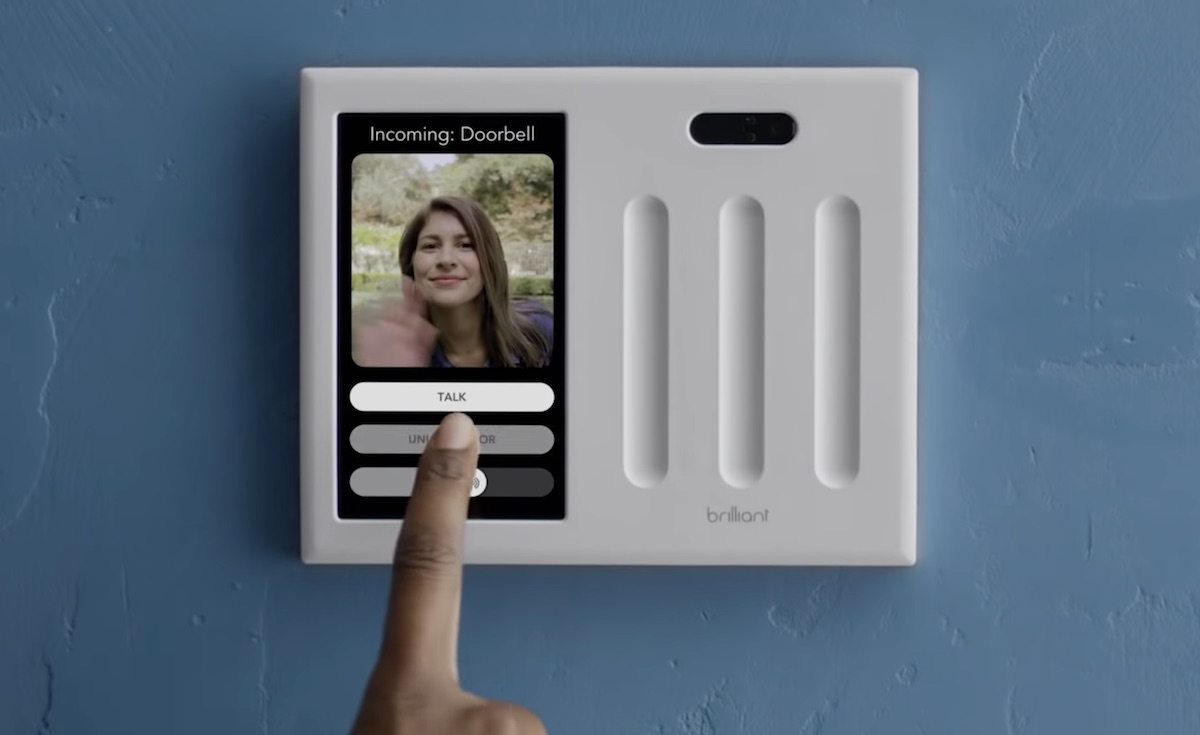 This should make Brilliant Control more enticing for those in Apple’s ecosystem when HomeKit support launches, allowing you to control your scenes and accessories through the touch panel or Siri. As usual, if you’re interested in Brilliant Control for HomeKit support, it’s probably best to wait until the update has rolled out since we aren’t sure how long it will take.

The company is also launching a connected iOS [Direct Link] and Android app, which allows all of the same controls when you aren’t at home. Brilliant says that installing the device is as easy as installing a light switch, and requires “no additional wiring, modifications, or remote servers.”

Tag: Brilliant Control
Discuss this article in our forums