The new Logitech G Pro Hero looks familiar, but plays better than ever 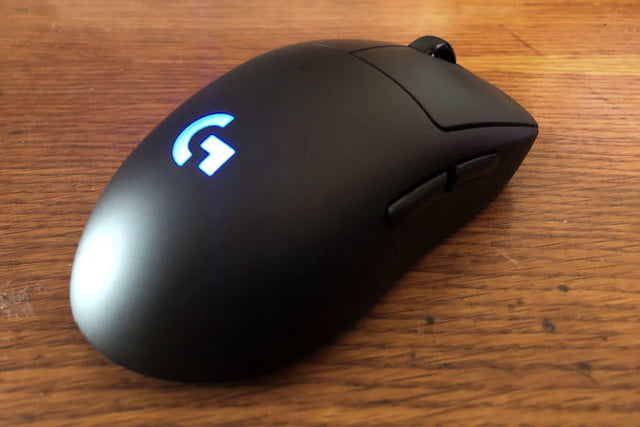 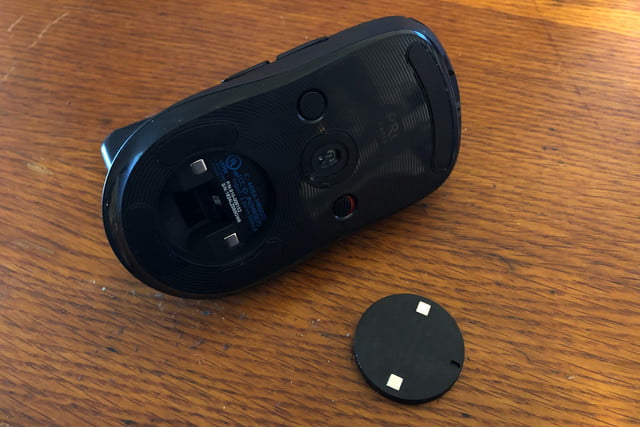 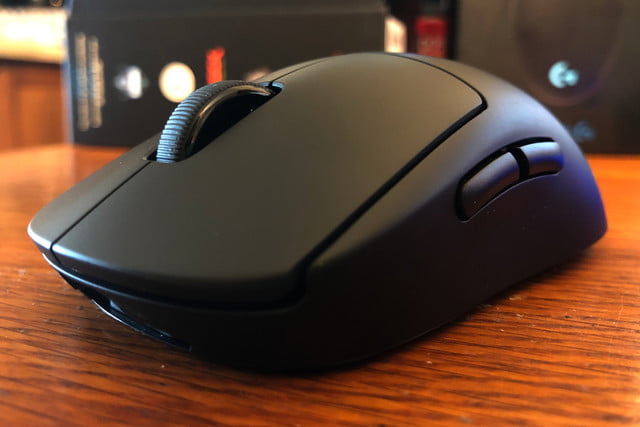 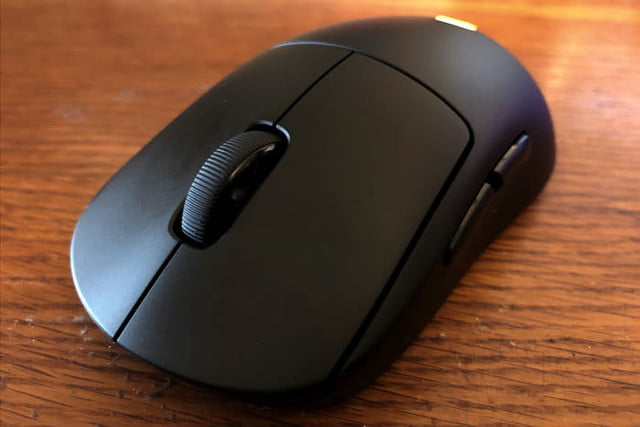 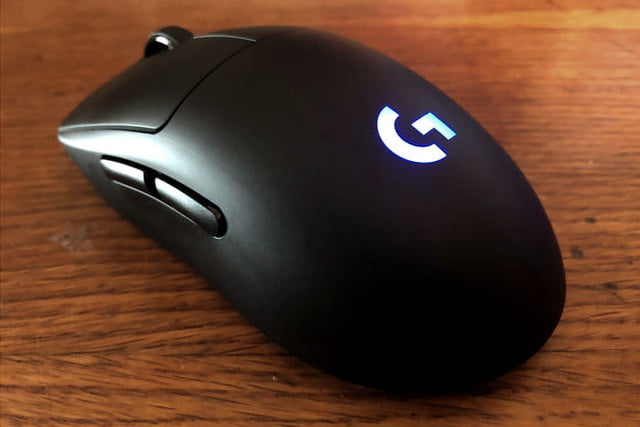 After two years of research and testing with more than fifty professional gamers, Logitech G is now making available its new family of “Pro” mice consisting of one wired version costing $70 and one wireless version selling for $150. Both models are based on the company’s latest optical sensor, the Hero16K, packing a sensitivity of up to 16,000 dots per inch. Yet, the wireless version is the only model in the duo sporting an ambidextrous design, catering to both left- and right-handed gamers.

The successor to Logitech’s Hero sensor (short for High Efficiency Rated Optical), the Hero16K packs “critical upgrades” over the previous generation to track at over 400 inches per second and support more than 40G of acceleration. The company says it set out to create a high-performance sensor that requires very little power, therefore requiring a smaller battery and enabling lighter form factors without sacrificing performance.

That said, both mice weigh around 2.93 ounces, feeling pleasantly light but not enough to see your hand suddenly take flight in the heat of battle. If you’re coming from the G903, the new Pro mice are both lighter and slimmer, feeling less bulky under your fingers. There are no gaping crevasses either as seen with the G903, which we find can lead to garbage collecting on the mouse switches, causing annoying clicking issues with the buttons.

Take or leave the wire

What’s interesting about the new G Pro and G Pro Wireless is that they’re not the same: Logitech didn’t simply rip out the wireless component and re-sell the resulting device at a lower price.

For starters, the wireless version includes the two click buttons, the mouse wheel and two buttons on each side. It ships with four button covers enabling you remove two of the unused side buttons and cover the openings. The DPI switch is actually a button on the bottom of the mouse providing five customizable settings. Three hidden LEDs mounted behind the top click buttons temporarily illuminate as you cycle through these settings.

The wired version isn’t quite so friendly with lefties. It also feels and appears less rounded, using a flatter, boxier shape in its overall design. With this version, the DPI button resides behind the mouse wheel, joining your standard left- and right-click buttons along with two permanent thumb buttons on the left side. The added bonus is that this mouse provides an illuminated, customizable RGB strip running along the side and around the back of the palm area. 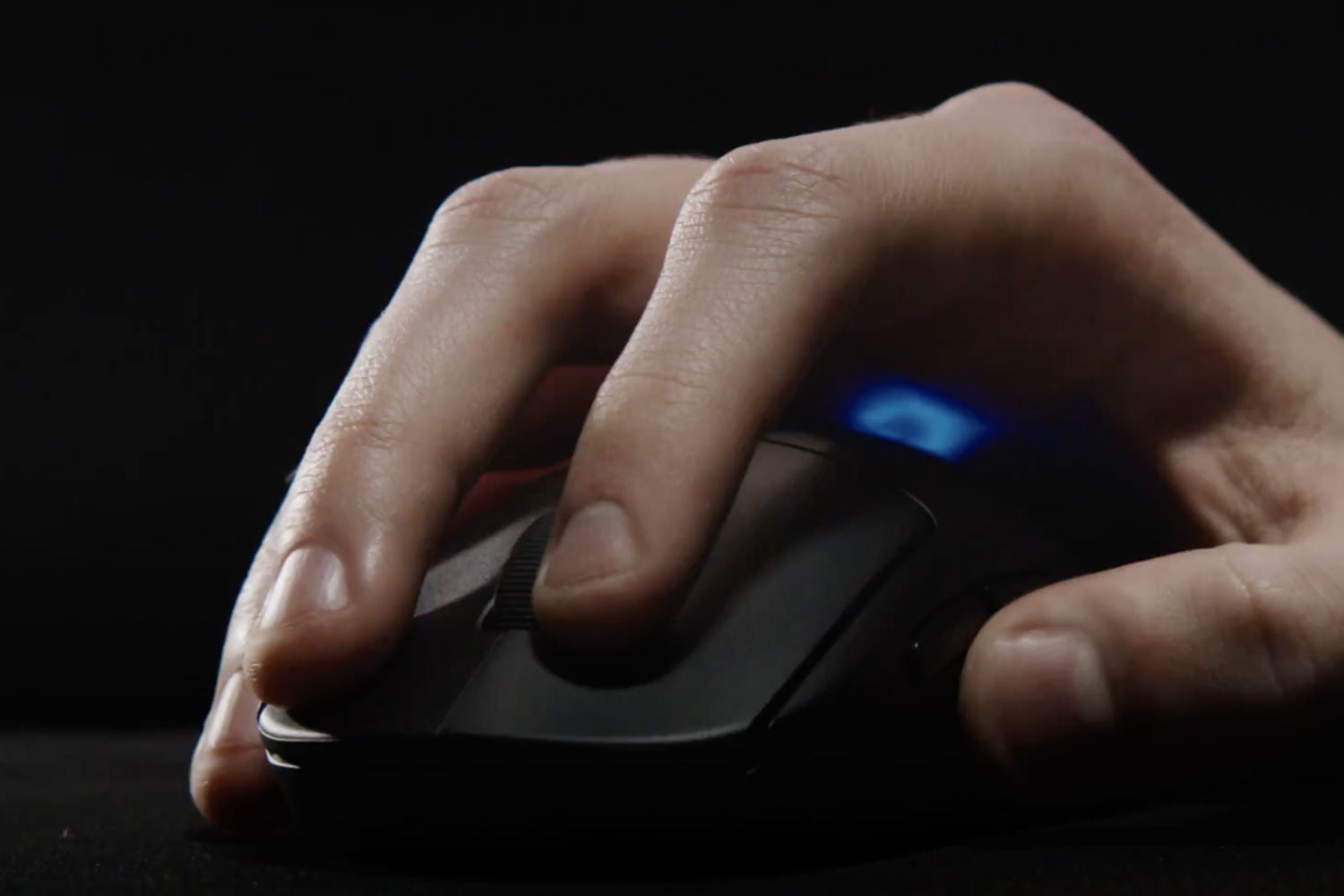 Both, then, have their pluses and minuses. But if you’re a long-time wired PC gamer who snubbed wireless peripherals over the years, you may need to make a double-take with Logitech’s latest efforts. The company’s Lightspeed wireless technology aims to bring wired-like connectivity to your twitchy gaming with speeds as fast as one millisecond. Of course, the higher your polling rate the faster you’ll drain the battery. But if you own the PowerPlay system, that really won’t matter.

The Logitech G Pro Gaming Mouse is one of the few peripherals that support the company’s wireless charging station. Just slap the magnetic charging puck into the socket under the mouse, and you’re good to go. If you don’t own PowerPlay, this socket is a good place to store the Pro’s provided Mini USB dongle. This mouse also ships with a USB cable sporting the company’s proprietary forked connector to charge the peripheral, as a USB port resides at the front of the device.

On a performance level, the wireless model is no different than any other Lightspeed-based peripheral we’ve tested thus far. Despite the wireless connection, Logitech’s proprietary 2.4GHz connection showed no signs of latency in games such as Prey: Mooncrash, Far Cry 5 and Destiny 2. If anything, we had to refine our twitch movement given we were used to pushing the heavier G903 mouse. Naturally, we didn’t experience any performance issues with the wired model either.

Overall, we’ve found our new, favorite mice until Logitech G cranks out another upgrade. They just feel right, a byproduct stemming from the feedback of more than fifty professional gamers who helped mold both peripherals. The collaboration is obvious in the overall presentation, feel and performance. There are no crazy, unnecessary frills here, just the very best performance and refinement, so you can focus on conquering games rather than battling hardware.